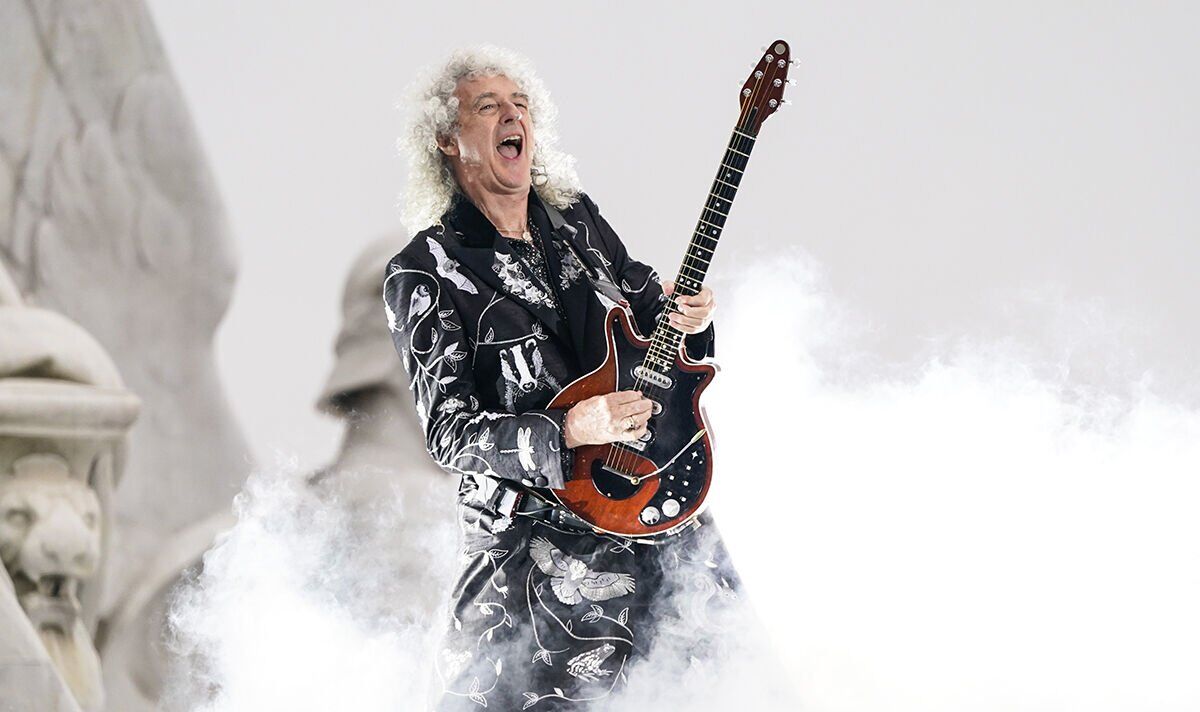 It was 20 years ago when Brian May epically opened the Golden Jubilee Party at the Palace by playing God Save The Queen on his electric guitar from the roof of Buckingham Palace. And for Queen and Adam Lambert’s opening Platinum concert last weekend, he promised to appear elsewhere, but just as iconic. We Will Rock You wasn’t long before a raised platform strutted the 74-year-old up, right in front of the Queen Victoria Monument.

At the time, some fans thought this didn’t feel as grand or impressive as his 2002 entrance, but now Brian has shared images from a different angle that really show how impressive the feat really was.

Posting a video of the moment being filmed further down the Mall, the Queen guitarist wrote: “I haven’t quite recovered from this ‘appearance’ when I opened the Platinum Anniversary a few days ago. For me it was a step into the void, comparable to that moment on the roof of the palace 20 years earlier. But it’s interesting that a lot of people have told me that the BBC’s coverage didn’t quite do what was going on.”

The band had already put on a number of shows earlier that week, before embarking on their 10-night residency at London’s O2 the following evening.

They’re breaking up this run of shows with two nights in Birmingham at the weekend and six more nights in North Greenwich. Afterwards, Queen and Adam Lambert will tour mainland Europe.

To book tickets for their Rhapsody tour, click here.