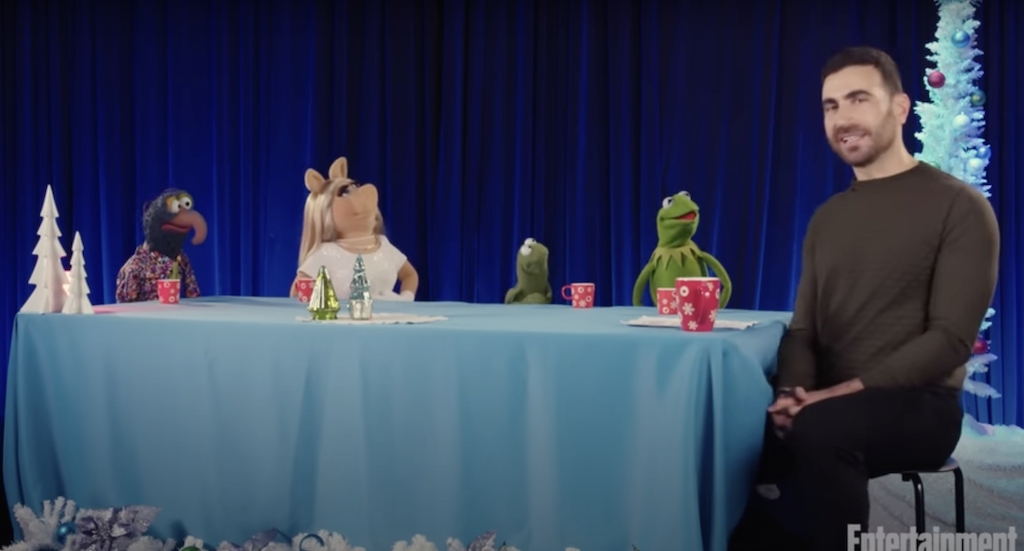 Everyone likes Ted Lasso, which has made big names with its delightful ensemble cast. One of them is Brett Goldstein. The resident of the show, Roy Kent, seems to really like getting awards and being famous, even though some people once thought he was CGI. Another perk of being a celebrity: sometimes you get to talk to the Muppets. And indeed Goldstein, in a predictable charmer of an interview about one of their most beloved films, has The Muppet Christmas Carolfor his 30th birthday.

The interview, ready Weekly entertainment, finds Goldstein sitting with Kermit, Miss Piggy, Gonzo, and Robin, Kermit’s cousin who played Tiny Tim in the 1992 Yuletide classic. A self-professed Muppets obsessive, Goldstein has a lot of questions. He goes through all the songs, the big scenes, etc, etc. He’s very detailed. But at some point he goes one step further and proposes to make a film together. And he even knows what it should be: an adaptation of another English classic, Pride and prejudice. Piggy was into it.

Goldstein suggests their combined powers could provide yet another take on arguably Jane Austen’s most filmed novel. He also thinks he should play Fitzwilliam Darcy, while Piggy thinks Elizabeth Bennet, meaning the two should fall in love, just like Charles Grodin had eyes for Piggy in The Great Muppet Hairdresser.

We know what you’re thinking: Aren’t the Muppets starring in the third Knives out? Well, technically they aren’t, at least not yet. So until that franchise’s writer-director Rian Johnson decides whether or not Daniel Craig should investigate a murder by dolls, they should have time to do their first Regency costume drama.

You can view the full OW interview above and read the transcript here.