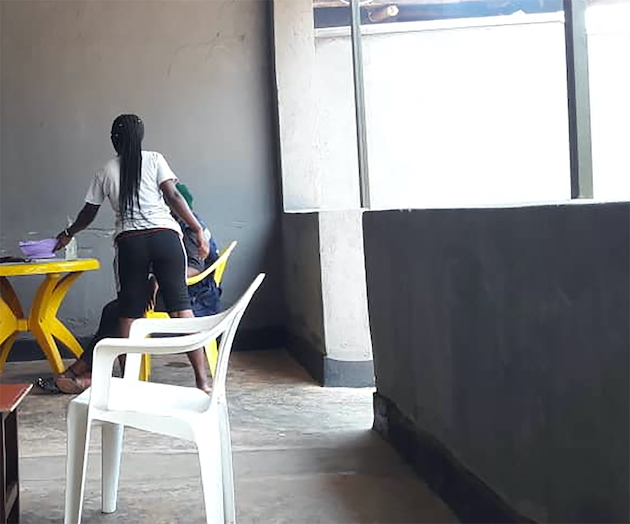 KIGALI, Apr 29 (IPS) – In Kayonza, a district of eastern Rwanda, desperate to escape the rural area where she operated in the informal economy, Sharon* made a long and arduous journey to Kenya in hopes of a well-paying job .

An unknown person contacted her, paid for her ticket and gave her a modest allowance to travel by road to Kenya. The person told the 19-year-old that she was traveling to seize an “employment opportunity”.

However, Sharon found herself in sexual servitude at a karaoke bar on the outskirts of the Kenyan capital Nairobi.

It was Sharon’s job to bow gracefully to all the customers at the door and lead them into the bar.

“I was also hired as a nightclub dancer and was sometimes forced by my employer to have sex with clients to earn a living,” the high school graduate told IPS in an interview.

Like Sharon, activists say the number of young women from rural areas being trafficked for sex trafficking in many East African countries is increasing. The young women are lured with the promise of a good job or marriage. Instead, they are sold for prostitution in cities like Nairobi (Kenya) and Kampala (Uganda).

Activists and lawmakers alike warn that those with hidden agendas could target young women from Rwanda.

The process of smuggling most of these young women to neighboring countries is complex. These are false promises to their families and victims promising them a “better life,” activists say.

In many cases, traffickers lure young women from rural villages to neighboring countries with the promise of well-paid work. Victims are then handed over to people who become their slaves – especially in dubious hotels and karaoke bars.

While Rwanda has tried to fight human trafficking, law enforcement agencies emphasize that the biggest challenge revolves around providing (financial) aid to repatriated victims. Limited budgets of the institutions in charge of research and rehabilitation of the victims have meant that these programs do not work optimally.

The chairman of the East African Legislative Assembly’s Committee on Regional Affairs and Conflict Resolution, Fatuma Ndangiza, warned that unless urgent action is taken, the problem is likely to worsen.

“Most of these young women out of work were victims of an established gang of human trafficking operating under the guise of job centers in the region,” Ndangiza told IPS.

The latest figures from the Rwanda Investigation Bureau (RIB) show that 119 cases of human trafficking, illegal migration and smuggling of migrants have been investigated in the region over the past three years.

Driven by the demand for cheap labor and commercial sex, people smugglers in the East African region mainly take advantage of economic and social vulnerabilities to exploit their victims, experts say.

But estimates from the UN International Organization for Migration (IOM) show that the lack of relevant legislation and the necessary administrative institutions in the East African region continues to give smugglers and smugglers an undue advantage to continue their activities.

Rwanda has taken several measures to prevent human trafficking, including the adoption of a new law in 2018.

Under current law, offenders can face up to 15 years in prison, but activists say this measure is not a sufficient deterrent.

Although law enforcement officers are trained to fight human trafficking, Evariste Murwanashyaka, a staunch human rights advocate from Kigali, tells IPS that law enforcement is challenging, especially because it is difficult to track down women engaged in sex work or other activities. forms of sexual exploitation in neighboring countries.

“Young women are still more likely to be targeted by human trafficking because of the growing demand for sexual slavery across the region,” he said.

Now, with the COVID-19 pandemic, activists say that not only is there a lack of awareness, but people, especially young people, do not know that they are victims of a crime of human trafficking.

“Most of the informal vacancies for these young people from abroad are related to illegal businesses, such as human trafficking, mainly of women, and their sexual and labor exploitation,” Murwanashyaka told IPS.

Rising unemployment, malnutrition and school closures have increased human trafficking, according to the Africa Center for Strategic Studies.

“Because it is transnational organized crime, it requires the involvement of more than one jurisdiction and regional cooperation to investigate and prosecute the crime,” he said.

This article is part of a series of articles from around the world on human trafficking. IPS coverage is supported by the Airways Aviation Group. The Global Sustainability Network (GSN) is committed to the United Nations Sustainable Development Goal 8, with a special emphasis on Goal 8.7, which “take immediate and effective measures to eradicate forced labour, end modern slavery and human trafficking, and prohibition and elimination of the worst forms of child labour, including recruitment and use of child soldiers, and end child labor in all its forms by 2025”. The origin of the GSN stems from the efforts of the Joint Declaration of Religious Leaders, signed on December 2, 2014. Religious leaders of different religions came together to work together “to defend the dignity and freedom of human beings from the extreme forms of the globalization of indifference, such as exploitation, forced labour, prostitution, human trafficking”.