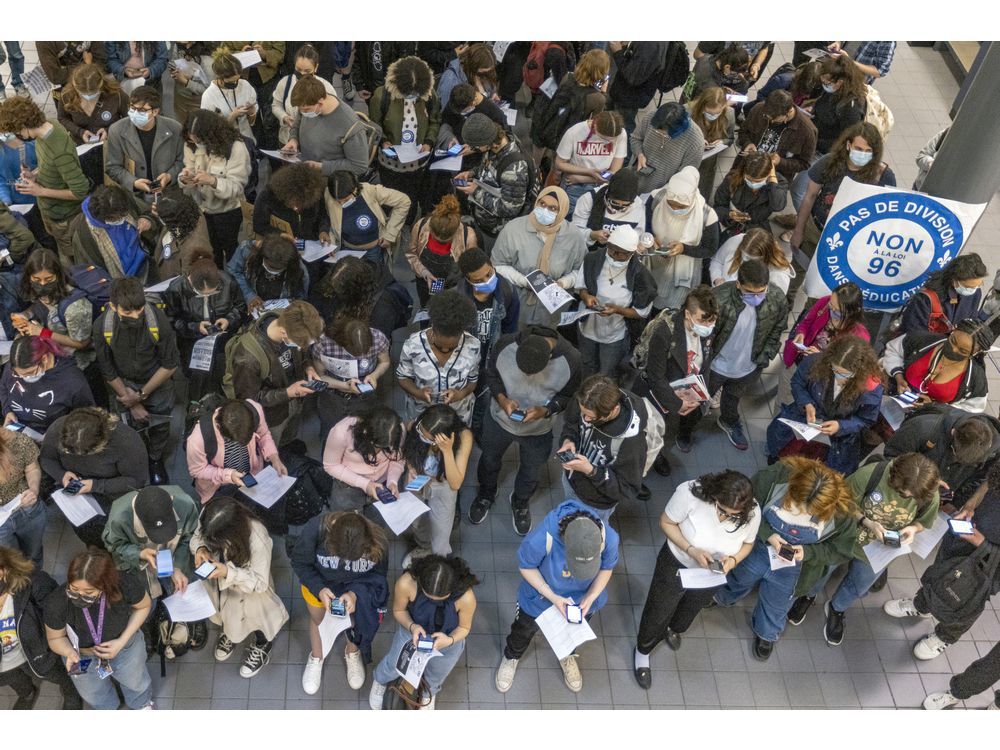 Bill 96, called a law respecting French, the official and common language of Quebec, proposes to strengthen Bill 101, the French-language charter, first enacted in 1977.

These are the main points of the bill.

One of the bill’s most controversial points is that it sets aside the basic rights of equality guaranteed in the charters of rights and freedoms of both Canada and Quebec, meaning those who feel their rights are being violated will not be able to exercise. of the discarded articles of the charter to challenge it.

The law allows government agencies to provide services in a language other than French to immigrants coming to Quebec, but only for the first six months after their arrival.

The law extends the language charter to small businesses with 25 or more employees, when the previous threshold was 50 employees. The Office québécois de la langue française would also be given search and seizure powers without the need for a warrant to inspect companies and ensure they are complying with the law.

A minister in charge of the French language would be responsible for enforcing the law. One of the minister’s powers would be to withhold subsidies or promised subsidies to municipalities if it is suspected that they have not adhered to the French-speaking charter.

Services to the public must be provided in French and employees should not be required to speak English unless a company has demonstrated that it is essential to an employee’s job and that the company has taken every must speak a language other than French. The bill also makes it easier for those not served in French or for employees who feel their right to communicate in French has been violated to file complaints.

The total number of students allowed in Anglophone CEGEPs would be limited to 17.5 percent of the total provincial CEGEP population, and aaccess to English-language programs in French CEGEPs would be reduced.

Mandatory French-language exams that students must pass to graduate from French CEGEPs would be extended to French-speakers and allophones studying at English CEGEPs.

Students in English CEGEPs should take three of their core courses in French. However, anglophone English students CEGEPs would have the option of taking three French language courses or a total of five French language instruction courses.

For pupils in primary or secondary school, the government sets a maximum of three years on the number of years that children of foreign temporary workers or foreign students can go to school in English.

The bill proposes to abolish the bilingual status of any municipality that does not have a population of at least 50 percent Anglophones. Cities and boroughs that wish to retain their status can make a decision to that effect.