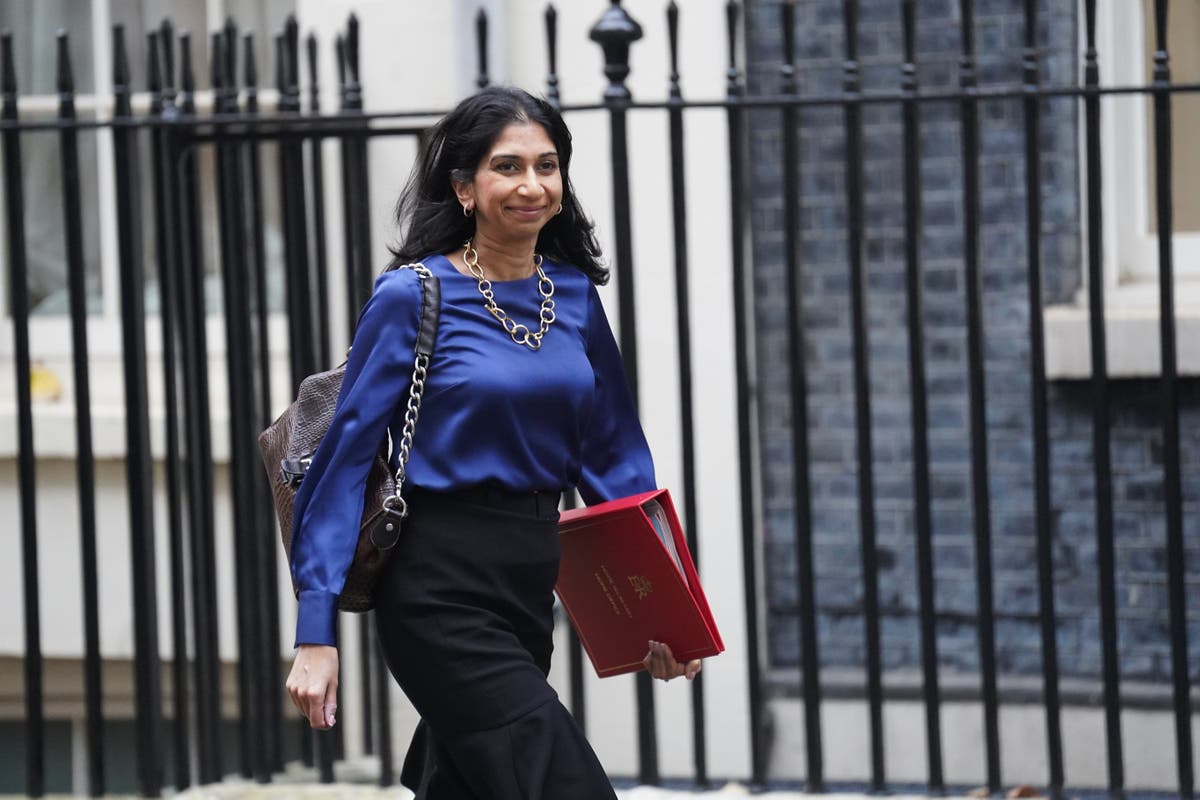 Sign up for our free emails with the latest news

Home Secretary Suella Braverman has pledged to do “whatever it takes” to tackle the migrant crisis in the Channel amid calls for the indefinite detention of asylum seekers arriving illegally in the UK.

Ms Braverman said the numbers making the dangerous crossing were “completely unacceptable and unsustainable” and that ministers would “fully address the small boat problem”.

She made her remarks in a foreword to a report by the centre-right think tank Center for Policy Studies, which called for new laws banning migrants who enter illegally from ever settling in the UK.

While she said she didn’t necessarily agree with everything in the report, her contribution will be seen as an indication that she is sympathetic to the thinking behind it.

As for other measures, the report – co-authored by former Theresa May adviser Nick Timothy – recommended that ministers should enact legislation to make it impossible to seek asylum in the UK after traveling from a safe country.

It called for a review of human rights law – with the UK withdrawing from the European Convention on Human Rights “if necessary” – to allow for detentions and the relocation of processing of asylum applications.

And it said ministers should look for deals with other countries to complement the currently stalled plan to deport migrants to Rwanda for processing.

In her foreword, Ms Braverman said that calling for action against illegal migration was not “xenophobic or anti-immigration” and that she and Rishi Sunak were determined to address the issue.

“The British public is fair, tolerant and generous in spirit. But we are tired of our laws and immigration rules being constantly violated to play on our asylum system,” she wrote.

“And we are fed up with the continued abuse of human rights laws to thwart the removal of those who have no right to be in the UK. This must end.

“Saying that is not xenophobic or anti-immigration. It is the reality recognized and felt by the vast majority of the British public. To pretend otherwise is to insult them.”

She added: “The Prime Minister and I are determined to do what is necessary. We are finalizing our plan and we will implement the operational and regulatory changes necessary to comprehensively address this issue.”

“If we want to stop border crossings, we must act immediately and boldly,” he said. “It’s not something that can be solved by gradual, incremental change.”

However, a former interior minister has said that the government’s harsh “rhetoric” about tackling illegal migrant crossings was not working.

Conservative MP Kit Malthouse told Radio 4’s The Westminster Hour on Sunday night: “I’m a little concerned that the sort of ‘let’s be tough, let’s just get tougher and tougher’ kind of rhetoric is getting us nowhere and I’d rather hear smart solutions than difficult ones.”

It comes as Immigration Minister Robert Jenrick indicated over the weekend that banning asylum applications from people from safe countries such as Albania – from which there has been a recent increase in arrivals – was one of the measures being considered.

He said the government was also seeking tougher rules on student visas, particularly with regard to bringing family members with them while they were studying in the UK.