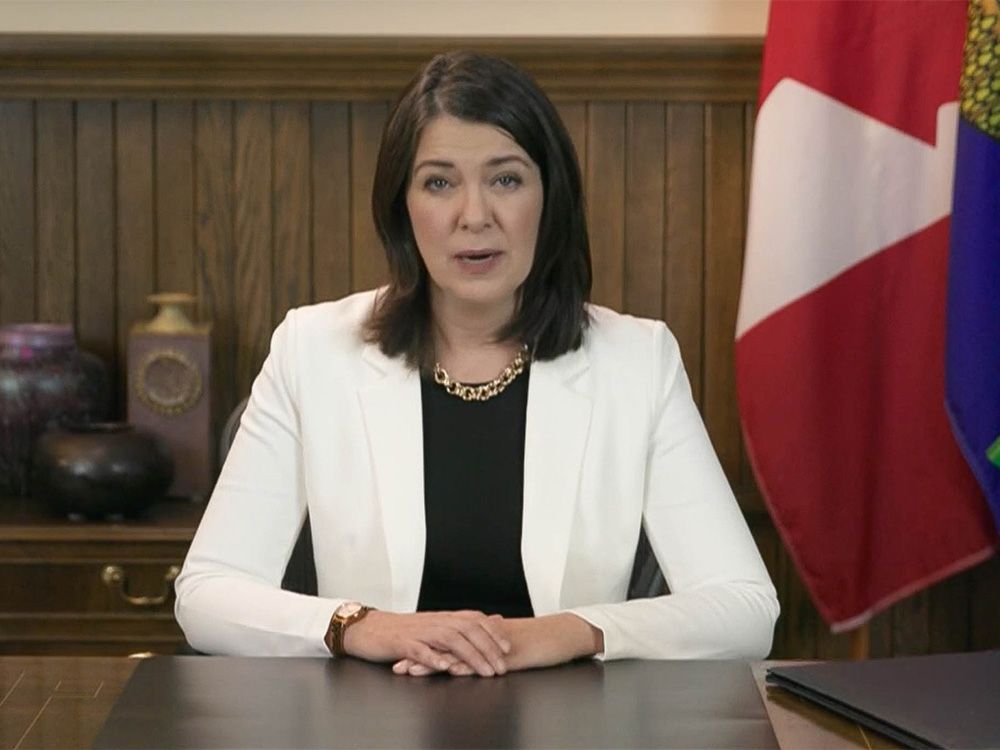 Prime Minister Danielle Smith uncorked a deluge of anti-inflation benefits during a televised speech Tuesday night, including a $600 payment over six months for all seniors and most families with children under 18.

The total cost to the Treasury is expected to be $2.4 billion for all measures, including tax credits for fuel and personal income.

This is the largest pre-election package ever offered by an Alberta government. The vote is on May 29 and the UCP is still trailing in the polls. The opening salvo is called the Inflation Relief Act.

The $600 is paid for each senior and child in families with household incomes less than $180,000 per year. Smith said this is aimed at all “middle-income” families.

The same $600 amount will go to all recipients of AISH and PDD benefits, as well as those on income support.

Smith also promised that the entire provincial fuel tax will be effectively eliminated.

The current tax of 4.5 cents per litre, reinstated by former Prime Minister Jason Kenney, will be abolished.

Smith said the full 13-cent tax exemption will be extended for at least six months, from January to June.

All provincial income tax brackets will be re-indexed to inflation for the 2022 tax year, meaning people pay less tax or get discounts.

In fact, the de-indexation of the Kenney era will effectively be done away with in every area, including Social Security benefits.

An increased discount on electricity bills will save each household an additional $200 during the winter, Smith said.

Price peaks in winter are “limited” by the government. The current natural gas discount program will be continued.

In concluding this remarkable aid package, the Prime Minister also pledged to “invest in food banks and expand low-income transit passes to ensure that every Albertan has access to food and mobility for their family.”

“I will ensure that every decision our government makes from now until this crisis is over balances affordability for Albertans with the need for continued balanced budgets and fiscal responsibility,” Smith said.

While the benefits are not universal, the cost of this program is unprecedented.

Former Prime Minister Ralph Klein’s “Ralph bucks” — a $400 check for every Albertan in 2005 — cost the Treasury $1.4 billion in the more valuable dollars of the time.

The UCP considered a similar overall program, but estimated it would cost $5 billion today, rather than the $2.4 billion being offered. This could increase with other measures.

Referring to surpluses due to high oil prices, Smith said, “Because our province’s financial house is in order, we have an opportunity to help Albertans in times of crisis, just like this one.”

Smith focused on two other topics, health care and relations with Ottawa, and maintained her hardline views.

She reiterated her belief that “we have far too many managers and consultants, and not enough frontline health workers caring for patients.”

And she promised one of the most difficult achievements of all: handing more health decision-making to local communities and health workers on the ground.

But Smith also tried to temper the high expectations she raised with her leadership rhetoric. “This will take time and patience, but I am confident it will result in better health care for Albertans,” she said.

She reiterated her pledge to introduce her Sovereignty Act, now expanded to: “The Alberta Sovereignty Within A United Canada Act.”

She said: “These ongoing federal attacks on our economy and provincial rights cannot continue. . . the way the federal government is treating all provinces, especially Alberta, is unacceptable.”

Finally, the Prime Minister urged people not to judge her based on her many controversial statements when she was in media and advocacy roles.

The current controversy centers on her previous statements that Health Savings Accounts will pave the way for private payment for health care – a position her staff say she no longer holds.

“I know I’m far from perfect and I make mistakes,” she said, without describing specific missteps.

“Having spent decades in the media and hosting talk shows, I’ve covered hundreds of different topics and sometimes taken controversial positions, many of which have evolved or changed as I’ve grown and listened to you.”