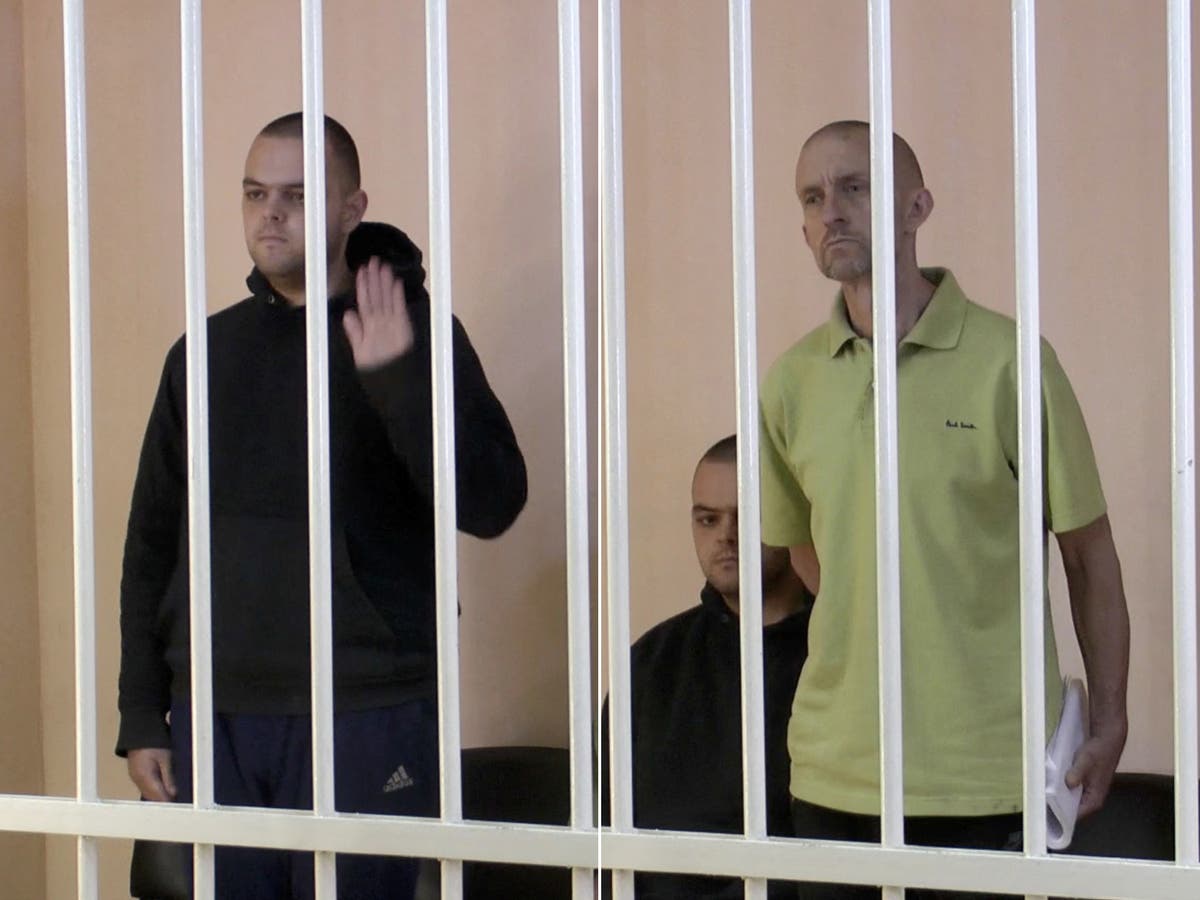 Boris Johnson has condemned the “mock trial” of two Britons sentenced to death by Russian authorities for fighting in Ukraine, as the government comes under pressure to guarantee their release.

Downing Street said the prime minister was “appalled” at the sentencing of Aiden Aslin and Shaun Pinner, and vowed the government would “do everything” to reunite them with families.

“We completely condemn the sham sentence of these men to death. There is no justification whatsoever for this violation of the protection they are entitled to,” said Johnson’s official spokesman.

They added: “[Mr Johnson] has been following the case closely and asked ministers to make every effort to try to reunite them with their families as soon as possible.”

Foreign Minister Liz Truss discussed the ruling of a court in Russia-controlled eastern Ukraine during a phone call with her Ukrainian counterpart Dmytro Kuleba on Friday.

After the appeal, she posted on social media: “The verdict against them is a blatant violation of the Geneva Convention. The UK continues to support Ukraine against Putin’s barbaric invasion.”

However, 10 declined to say whether Russia’s ambassador to the UK, Andrei Kelin, would be subpoenaed to the Foreign Office on the matter, or whether action would be taken with the Kremlin.

“We do not interact with the Russians on a regular basis,” they added, stressing that the government’s priority is to work with Ukrainian counterparts to “ensure their release as soon as possible.”

“They are protected under the Geneva Convention as members of the Ukrainian armed forces, so we want to continue to work closely with them to try to get them released as soon as possible.”

There are concerns with the Foreign Office that it would help Moscow turn their case into a bilateral matter between the UK and Russia that the men are “mercenaries” and therefore not entitled to protection under international law.

Britain argues that Mr Aslin, 28, from Nottinghamshire, and Mr. Pinner, 48, from Bedfordshire, are members of the Ukrainian army and should therefore be treated as prisoners of war.

Russian Foreign Minister Sergey Lavrov declined to comment on the matter on Friday, saying: “At the moment they are guided by the laws of the Donetsk People’s Republic”.