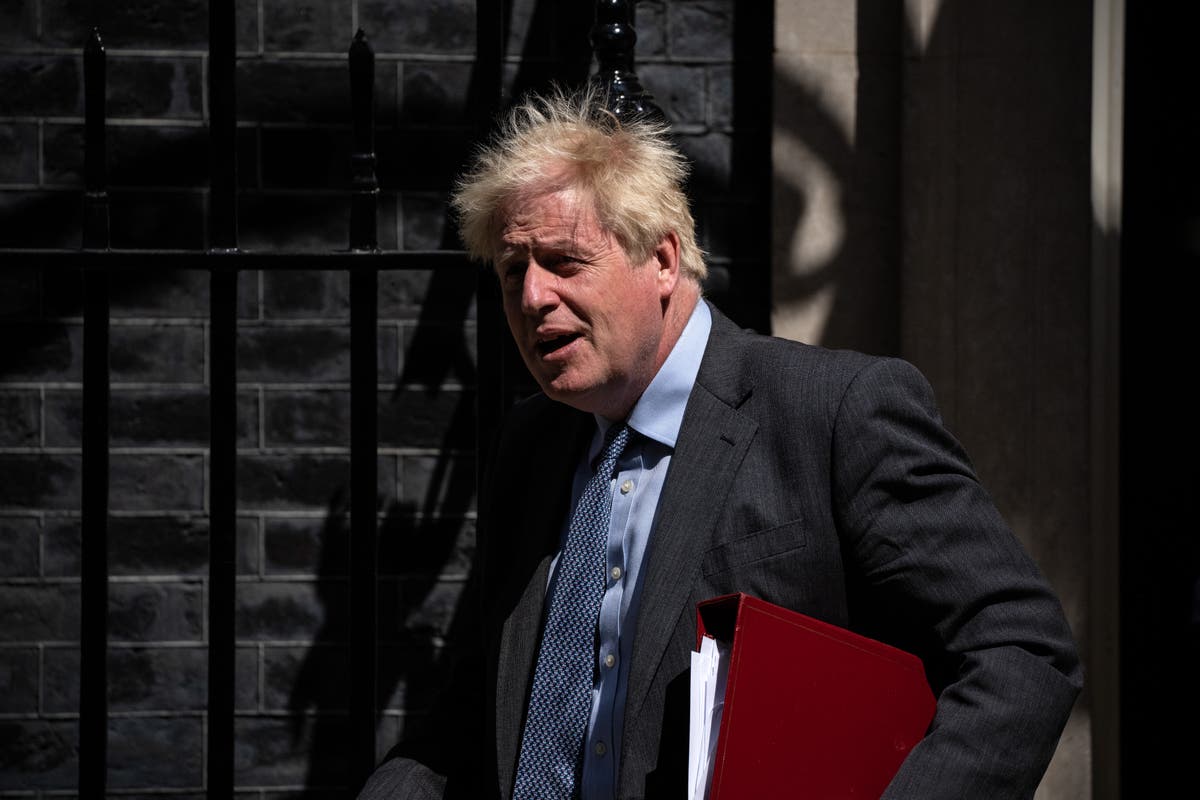 The UK government has so far only released a brief statement from the adviser, who said he was stepping down “with regret” but felt it was “the right thing to do”.

A former holder of the post and Labor MPs have urged the prime minister to make the letter of resignation public.

Earlier this week, Lord Geidt told MPs it was “reasonable” to suggest the prime minister broke the ministerial code by violating lockdown laws in the Partygate scandal.

He also said he was “frustrated” by Mr Johnson’s response to the Sue Gray report on No. 10 partying during Covid restrictions.

“Resigning is one of the rather blunt but few tools available to the adviser,” he also told the House of Commons committee.

Dominic Raab was also asked about the two ethics consultants moving in quick succession and whether that paints a negative image of Boris Johnson.

“We’ve had a tough patch, but we’re continuing the work,” he said.

John Penrose said it was “pretty clear” that Boris Johnson had broken the ministerial code over the Partygate scandal when he left.

Boris Johnson’s anti-corruption czar has resigned, claiming it is “pretty clear” that the prime minister has broken ministerial code over the Partygate scandal. “It’s quite clear that he has broken the ministerial code in a very material way and I’m afraid that would normally be a resignation issue for the minister involved,” Mr Penrose said. “Clearly I, as the anti-corruption czar, cannot continue to fill that role.” Click here to sign up for our newsletters.

Dominic Raab has insisted that the UK government operates “ethically” 100 percent of the time in his Sky News interview.

He continued to use the rollout of vaccines and “getting the economy back on track” as examples.

“Are we making mistakes? Look, it’s happening. We are human. We are infallible,” he added.

Dominic Raab, the deputy prime minister, has been asked on Sky News why a second ministerial interests adviser has resigned.

First of all, he was engaged to the Prime Minister in No. 10 this week and discussed a six-month stay. I understand he was committed to the role,” he said.

“I think he was treated quite roughly by MPs this week, I think sometimes we in the media and as politicians may underestimate how officials feel with that kind of investigation.

“And thirdly, there was a particular issue, a commercially sensitive issue in the national interest, that he was asked about.”

Mr Raab added: “I don’t know what aspect of this – there will be an update to Issue 10 later.”

Rob Merrickour deputy political editor, has the full story on this – and it’s not just Labor MPs asking for it.

Pressure is mounting on Boris Johnson to release a resignation letter written by his ethics adviser to reveal why he quit suddenly, he writes.

A former holder of the post warned that the public will “draw their own conclusions” if the prime minister keeps secret what is believed to be a strongly worded exit message sent by Christopher Geidt.

Calls for publication of resignation letter

Labor MPs want to see his letter of resignation in full.

They call on the government to publish it:

Declaration of resignation of Lord Geidt

It shared a statement from Lord Geidt, who simply said: “I regretfully feel it is right for me to resign from my position as an independent adviser to ministers’ interests.”

The shocking resignation sends the prime minister back into crisis after he won a vote of confidence in his position among Tory MPs last week.

The nation’s papers are guided by the sudden resignation of the Prime Minister’s ethics adviser, Lord Geidt, and reactions to the cancellation of the first deportation flight from Rwanda.

the independent has first-hand accounts of some of those who were on board the canceled flight.

The Times, The Guardian and The Daily Telegraph report that Mr. Geidt was “frustrated” by Boris Johnson’s response to the partygate investigations, describing resignation as a “last resort” that “sends a critical signal to the public domain”.

On the same day as the UK’s first scheduled deportation flight to Rwanda, more than 440 people were found trying to cross the Channel.

This was the highest number attempting on the same day in two months.

It came as the UK tried to deport asylum seekers who arrived in the UK on unofficial routes – such as on small boats across the Channel – to Rwanda.