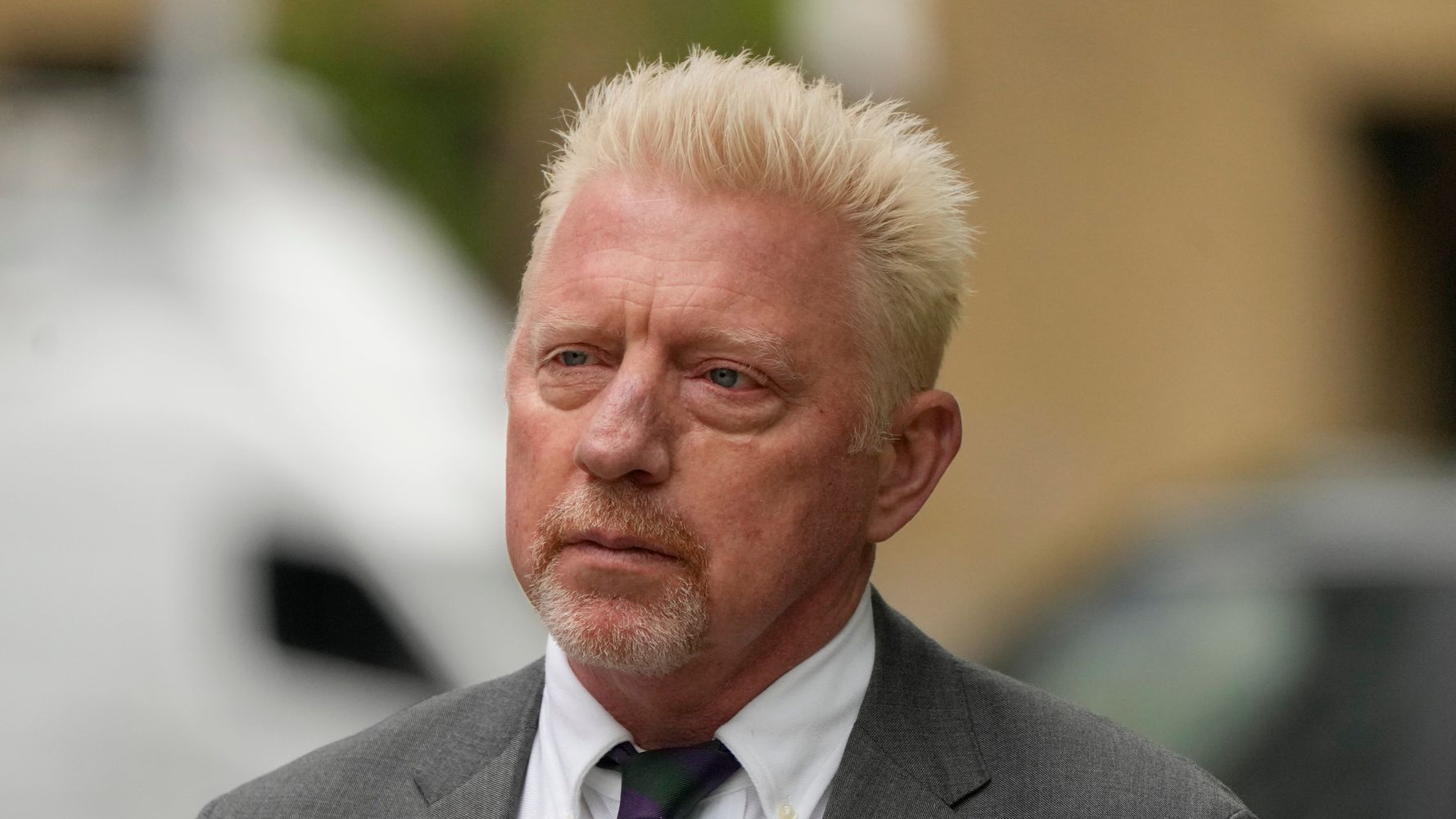 LONDON (AP) – Tennis great Boris Becker was sentenced Friday to 2 1/2 years in prison for illegally transferring large amounts of money and hiding assets after he was declared bankrupt.

The three-time Wimbledon champion was convicted earlier this month on four charges under the Insolvency Act and was given a maximum jail term of seven years.

Judge Deborah Taylor announced the verdict after hearing arguments from both the prosecutor and Becker’s attorney.

The 54-year-old German was found to have transferred hundreds of thousands of pounds (dollars) from his business account to other accounts after his bankruptcy in June 2017, including those of his ex-wife Barbara and estranged wife Sharlely “Lilly” Becker.

Becker was also convicted of failing to declare a home in Germany and concealing an 825,000 euro ($871,000) bank loan and shares in a technology company.

The Southwark Crown Court jury in London acquitted him on 20 other counts, including allegations that he failed to hand over his many awards, including two Wimbledon trophies and an Olympic gold medal.

Becker, dressed in a striped tie in the purple and green Wimbledon colors, walked hand in hand with friend Lilian de Carvalho Monteiro into the courthouse.

The six-time Grand Slam champion has denied all charges, saying he had partnered with administrators charged with securing his assets — even offering his wedding ring — and acted on expert advice.

During Friday’s hearing, prosecutor Rebecca Chalkley said Becker had acted “willfully and unfairly” and that he “still wanted to blame others.”

Attorney Jonathan Laidlaw pleaded for leniency, saying his client had not spent money on a “lavish lifestyle,” but rather on child support, rent, and legal and business expenses. Becker, he told the court, has experienced “public humiliation” and has no future earning potential.

Becker’s bankruptcy arose from a loan of 4.6 million euros ($5 million) from a private bank in 2013, as well as about $1.6 million borrowed from a British businessman the following year, according to testimony at trial. .

At trial, Becker said his $50 million career earnings had been swallowed up by payments for an “expensive divorce” and debt as he lost large chunks of his income after retirement.

Becker rose to fame in 1985 at the age of 17 when he became the first unseeded player to win the Wimbledon singles title and later rose to the No. 1 ranking. He has lived in Great Britain since 2012.