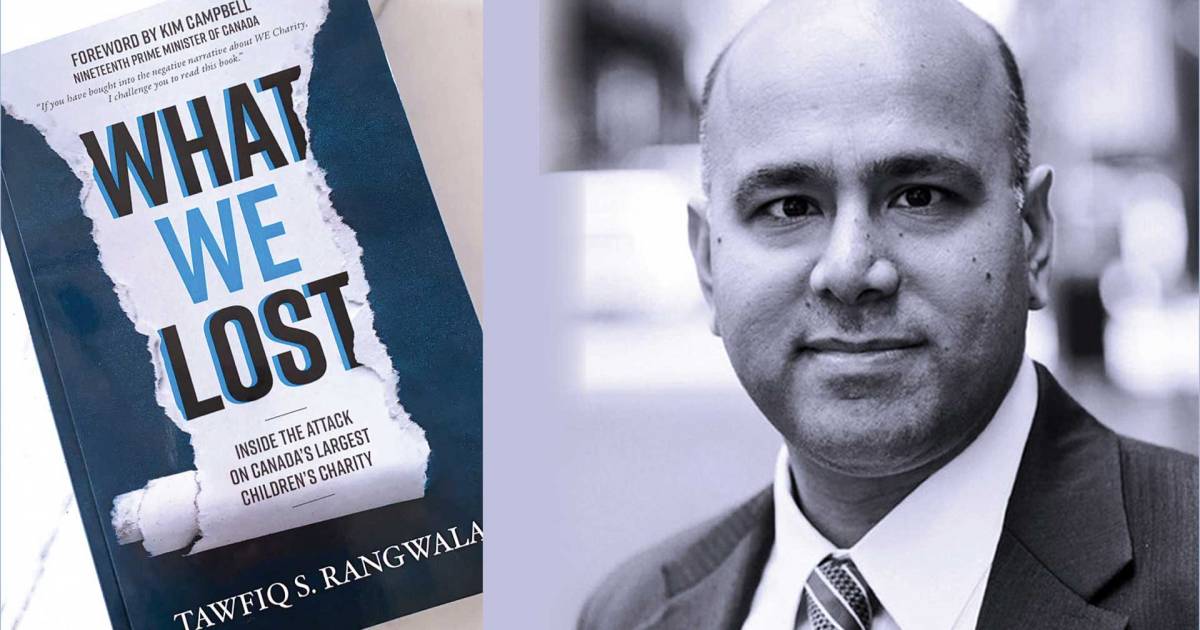 Inside The Attack on Canada’s Largest Children’s Charity

In his new book what we lostTawfiq Rangwala outlines in great detail how WE Charity has gone from being a media darling to dust.

Rangwala’s book is not only impeccable quality (as you would expect from someone who makes a living as a lawyer in New York City), but also very insightful. The author grew up in Toronto and was a classmate of one of the two Kielburger brothers who founded WE Charity. He was on the board for four years from 2017 to 2021.

The Kielburger brothers, alongside WE Charity, found themselves in the eye of a political and media storm that not only rivaled (in terms of media coverage) but was also linked to the coronavirus pandemic.

On March 12, 2020, Sophie Grégoire Trudeau the 158th Canadian was diagnosed with COVID just days after her return from London, where she had spoken at a WE Charity event called WE Day. The Prime Minister’s Office released a press statement which read: “After recently returning from a speaking engagement in London, UK, the Prime Minister’s wife, Sophie Gregoire Trudeau, began showing mild flu-like symptoms including a low fever late last night. “

The press statement suggested that Grégoire Trudeau contracted the virus on WE Day, sparking media speculation about a “spreading event” and the first wave of scathing criticism of the charity.

It was not until more than a year later that Tawfiq Rangwala made the decision to write this book.

Rangwala’s decision came on the night of March 27, 2021, when Marc Kielburger shared an alleged extortion attempt from a journalist demanding tens of millions of dollars. If the charity refused to pay, the journalist would unleash another wave of bad publicity. Reed Cowan, a presenter at Sinclair Television in the US, is the journalist.

Months earlier, Cowan was the star witness at a parliamentary hearing convened to discredit WE Charity, the Kielburger brothers, and anyone who continued to support the charity. By then, the media had turned into a pack of jackals, further incited by Conservative MP Pierre Poilievre and NDP MP Charlie Angus.

Shortly afterwards, the Washington Post informed WE Charity that it planned to write about the alleged extortion attempt. WE Charity provided the newspaper with the nine-page letter of formal notice. On April 2, 2021, Erik Wemple, The Post’s highly respected media critic, wrote: “The case underscores the importance of journalists maintaining a stronghold between their professional pursuits and their private crusades… scary language about ‘public disgrace’ given their role in facilitating an outcome.” (Full disclosure: The book reviewer, Kirk MacDonald, collaborated with Erik Wemple on the Washington City Paper in 2007). Other than a briefing in the Las Vegas Review-Journal, no other North American media outlet to tell the story.

Ultimately, WE Charity’s selection to administer a more than $500 million Canadian Student Service Grant program was the nail in the coffin. Those who questioned the decision to put WE Charity in charge of running the grant program, including the media and the aforementioned Canadian politicians, concocted a frenzied scenario that nearly toppled the Trudeau government, cost Treasury Secretary Bill Morneau his job. , and fatally damaged the credibility of the nation’s largest youth charity and its leaders.

After 125,000 (media) references, no ethical conflicts or financial crimes were discovered.

What remains are two defamation and libel lawsuits, one filed against CBC and the other against podcasting platform Canadaland.

What was lost chasing a villain or villains in what’s been called the We Charity Scandal?

A untold number of life-changing experiences for the youth who have been part of or will be part of WE Charity’s development programs in the future.

As Rangwala said in the introduction to What We Lost, “While writing this book, I often thought of an adage commonly used by Dr. Seuss is attributed. Sometimes the answers are simple and the questions are complicated.”