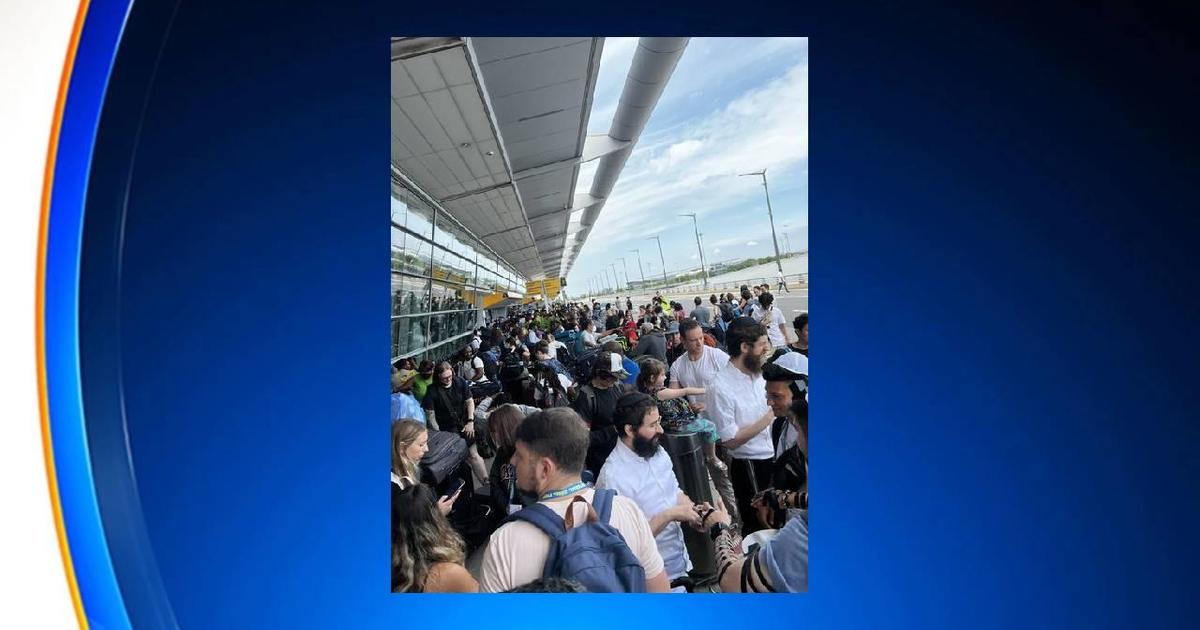 NEW YORK — A terminal at John F. Kennedy International Airport has reopened after a police bomb squad made the clear.

The terminal was evacuated late Sunday morning due to a suspicious package, sources told CBS2.

The package contained an ordinary household product with a part that police K9s are trained to detect, sources said.

Twitter users posted photos and videos of crowds outside the terminal after it was evacuated around 11 a.m. Sunday.

Travelers must be re-screened by TSA.

The airport is letting people know that they can expect traffic delays due to the incident.

This is a story in development. Check this page for updates.