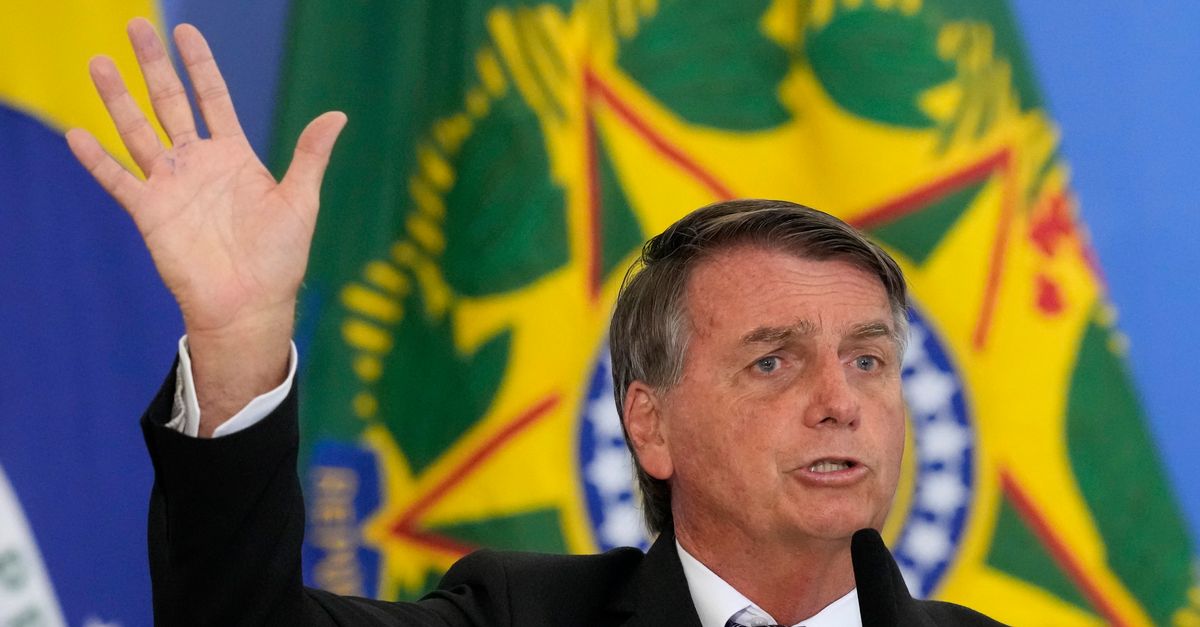 BRASILIA, Brazil (AP) — More than three weeks after losing a re-election bid, President Jair Bolsonaro on Tuesday blamed a software bug and demanded that the election authority cancel votes cast on most of the Brazilian country’s electronic voting machines, though independent experts say the bug didn’t affect the reliability of the results.

Such action would give Bolsonaro 51% of the remaining valid votes — and a re-election victory, Marcelo de Bessa, the lawyer who submitted the 33-page request on behalf of the president and his liberal party, told reporters.

The electoral authority has already declared victory for Bolsonaro’s nemesis, leftist former president Luiz Inácio Lula da Silva, and even many of the president’s allies have accepted the results. Protesters in cities across the country have steadfastly refused to do the same, especially as Bolsonaro refused to budge.

Liberal Party leader Valdemar Costa and an auditor hired by the party told reporters in Brasilia that their evaluation found all pre-2020 machines — nearly 280,000 of them, or about 59% of the total used in the run- off of October 30 – had no individual identification. numbers in internal logs.

Neither explained how that might have affected the election results, but said they asked the election authority to invalidate all votes cast on those machines.

The complaint characterized the bug as “irremediable non-compliance due to a malfunction”, calling into question the authenticity of the results.

Immediately afterwards, the head of the electoral authority issued a ruling implicitly raising the possibility that Bolsonaro’s own party could suffer from such a challenge.

Alexandre de Moraes said the court would not consider the complaint unless the party files an amended report within 24 hours detailing the results of the first round of elections on Oct. 2, in which the Liberal party won more seats in both houses of Congress than any other. .

The bug was not known before, but experts said it does not affect the results either. According to Wilson Ruggiero, a professor of computer engineering and digital systems at the Polytechnic School of the University of Sao Paulo, each voting machine can still be easily identified by other means, such as the city and voting district.

Diego Aranha, an associate professor of systems security at Aarhus University in Denmark, who has participated in official security testing of Brazil’s electoral system, agreed.

“It doesn’t in any way undermine reliability or credibility,” Ruggiero told The Associated Press by phone. “The most important point that guarantees correctness is the digital signature that accompanies every voting machine.”

While the machines don’t have individual identification numbers in their internal logs, those numbers do appear on printed receipts that show the sum of all votes cast for each candidate, Aranha said. Adding the bug was only discovered thanks to the electoral authority’s efforts to provide greater transparency.

Bolsonaro’s loss of less than two points to da Silva on October 30 was the narrowest margin since Brazil’s return to democracy in 1985. While the president has not explicitly shouted foul, he has refused to admit defeat or congratulate his opponent – leaving no there is room for supporters to draw their own conclusions.

Many have protested relentlessly, claiming electoral fraud and demanding that the armed forces intervene.

Dozens of Bolsonaro supporters gathered outside the press conference on Tuesday, decked out in the green and yellow of the Brazilian flag and singing patriotic songs. Some fell and verbally shoved journalists trying to enter the venue.

Bolsonaro has claimed for more than a year that Brazil’s electronic voting system is susceptible to fraud, never presenting any evidence.

Brazil began using an electronic voting system in 1996, and election security experts consider such systems less secure than hand-marked paper ballots because they leave no verifiable paper trail. But the Brazilian system has been closely watched by domestic and international experts who have never found evidence that it is being exploited to commit fraud.

Bolsonaro has been almost completely secluded in the official residence since his defeat on October 30, prompting widespread speculation about whether he is dejected or planning to stay in power.

In an interview with O Globo newspaper, Vice President Hamilton Mourão attributed Bolsonaro’s absence to erysipelas, a skin infection on his legs that he says prevents the president from wearing pants.

But his son Eduardo Bolsonaro, a federal legislator, has been more direct.

“We have always distrusted these machines. … We want a mass audit,” the younger Bolsonaro said at a conference in Mexico City last week. “There is very strong evidence to recommend an investigation into Brazil’s elections.”

For its audit, the Liberal party hired the Legal Vote Institute, a group that is critical of the current system and says it defies the law by not providing a digital record of every individual vote.

In a separate report presented earlier this month, Brazil’s military said there were flaws in the country’s election systems and suggested improvements, but failed to substantiate allegations of fraud made by some Bolsonaro supporters.

Analysts have suggested that the armed forces, which have been an important part of Bolsonaro’s government, may have maintained a semblance of uncertainty on the issue to avoid displeasing the president. In a later statement, the Defense Ministry stressed that while it has found no evidence of fraud in the vote count, it cannot rule out the possibility.