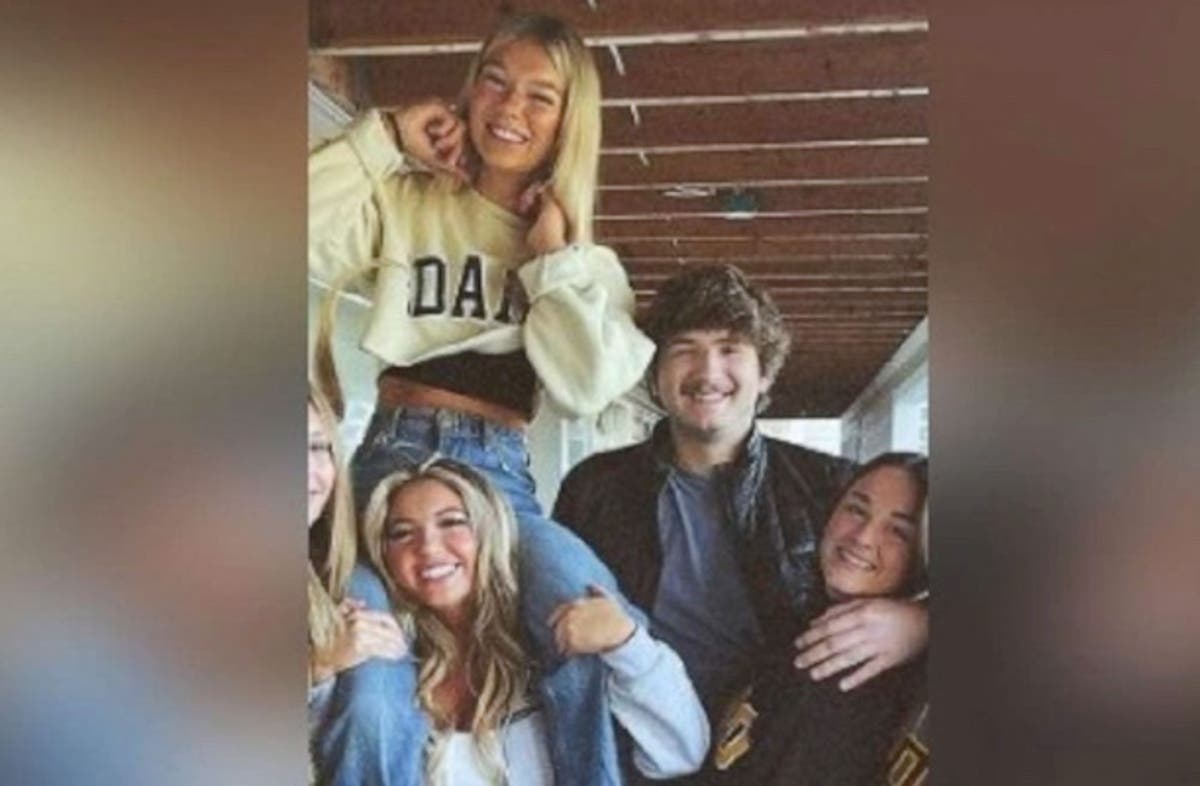 Sign up for our free US morning email news bulletin

Police investigating the murders of four University of Idaho students are not immediately ruling out a connection between the crime and a previous police visit to the crime scene related to a noise disturbance complaint.

Kaylee Goncalves, Madison Mogen, Ethan Chapin, and Xana Kernodle were stabbed to death in the young women’s off-campus rental home at 1122 King Road in the early morning hours of November 13. More than six weeks after the murders, the killer remains at large.

Bodycam footage has now emerged of Moscow police officers responding to a noise complaint at their home on September 1. In the bodycam, obtained by NewsNationofficers repeatedly ask to talk to people who lived in the house, as several young adults leave the house.

Loud music and partying can be heard as officers then proceed to dump beer cans left in the parking lot.

Two men who answered the door told officers they believed the residents were women but did not know them personally. Eventually authorities got on the phone with Mogen and warned her to tell people partying in the house to turn the volume down.

In a statement to The independent, The Idaho Stae Police Department said Tuesday: “Detectives are aware of previous contacts at the home and throughout the neighborhood. At this point, we are not counting anything and will continue to investigate anything that may be relevant to the case.”

Goncalves, Mogen, and Kernodle lived in the six-bedroom house with two other University of Idaho students who were in the property at the time of the attack, but are believed to have slept through it. It is not clear whether any of them were in the house at the time.

Neighbors of the victims previously referred to the residence as a “party house” and said they would often see groups of young adults congregating in the house several times a week.

“There were some pretty rowdy parties,” Jeremy Reagan, a third-year law student who lives near the scene of the murders, told Fox News about a week after the attacks. “Like I would take my dog ​​in and out to go to the bathroom [and] I used to see people in the windows almost every night, probably four or five nights a week… it was kind of a party house, but then again this whole neighborhood is a party place.

Moscow police have reiterated that there were no signs of a break-in.

Meanwhile, detectives are still looking for the occupant or occupants of a mysterious white car that was spotted near the sorority house around the time of the murders.

Police have identified approximately 22,000 vehicles matching the car’s description and are sifting through the information for clues.

Moscow police said a white 2011-2013 Hyundai Elantra with an unknown license plate was seen “in the immediate vicinity” in the early hours of Nov. 13.

“Investigators believe the occupants of this vehicle may be sharing crucial information about this case,” police said in a statement nearly two weeks ago.

The four victims were stabbed to death in their beds with a fixed-blade knife at around 3 or 4 a.m. on November 13. There were no signs of sexual assault.

Two surviving roommates were also out that night and came home around 1 a.m., police said. The two women, who lived in rooms on the first floor of the house, are said to have slept during the brutal killings and were unharmed.

The horrific crime scene went undetected for several hours, with police receiving 911 at 11:58 a.m. Sunday and reporting an “unconscious person” in the home.

The two other housemates had first called friends home because they thought one of the victims on the second floor was unconscious and wouldn’t wake up. When the friends arrived, a 911 call was made from one of the housemates’ phones.

Police arrived at the scene to find the four victims dead from multiple stab wounds.