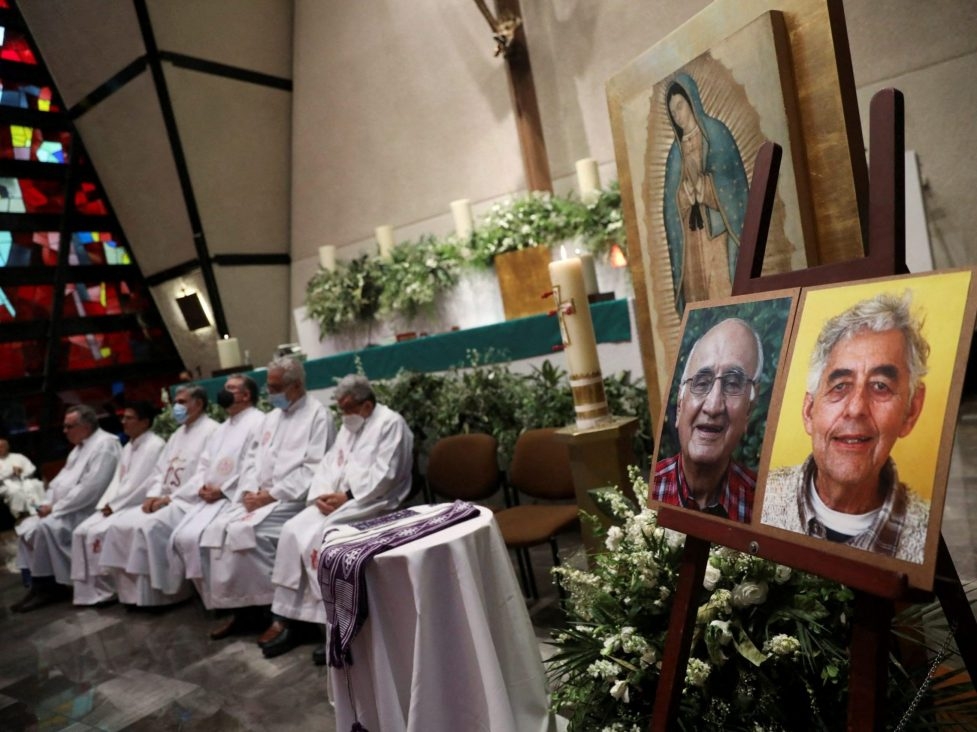 MEXICO CITY – The bodies of two Jesuit priests and a guide who were shot dead this week in a gang-ridden area of ​​northern Mexico were found Wednesday after a major search, authorities said.

The three were killed Monday after a suspected clash with a wanted drug trafficker in the border state of Chihuahua, a crime that was quickly condemned by the pope.

“We have found and salvaged the bodies of the Jesuit priests Javier Campos, Joaquin Mora and the guide Pedro Palma,” Chihuahua governor Maria Eugenia Campos said in a video posted on social media.

Pope Francis said he was shocked by the killings as authorities were on the hunt for the murder suspect.

“So many murders in Mexico,” Francis said at the end of his general audience before thousands of people in St. Peter’s Square.

The state prosecutor’s office in Chihuahua said the three were killed after Palma took refuge in a church in the town of Cerocahui to protect itself from an attack.

The agency named Jose Noriel Portillo Gil as a suspect in the murders and offered a reward of five million pesos, or nearly $250,000, for information about his whereabouts.

The state said in 2018 that Portillo, who is also the prime suspect in the murder of American teacher Patrick Braxton-Andrews, was involved in the drug trade.

The three bodies were taken from the church by a group of men in the back of a pickup truck, Luis Gerardo Moro, head of the religious order in Mexico, said in a radio interview.

Fierro said the men had recently played in a baseball game against a team sponsored by Portillo, which ended in an argument after Portillo’s team lost. Portillo shot one of the brothers in a house on Monday, which he set on fire, Fierro said, according to witnesses.

Fierro also confirmed that a woman and child reported missing were safe.