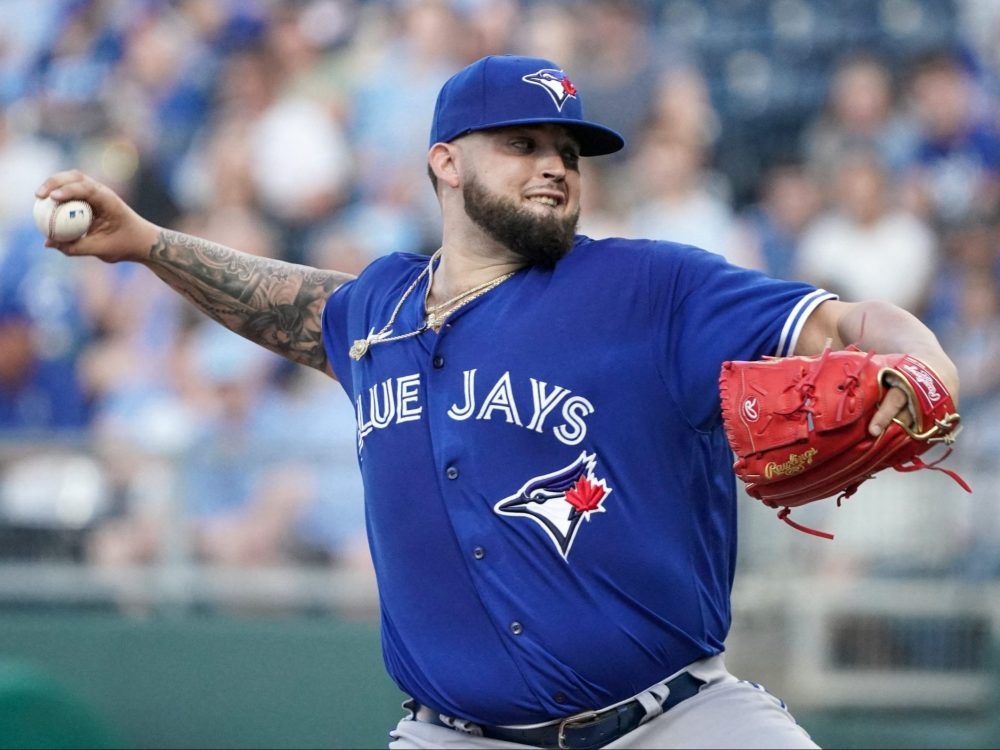 It wasn’t Alek Manoah at his best, but backed by a solid and timely defense it was enough for another Kansas City Royals shutout.

The Royals, without a run in the first two games of this series, threatened in the second, fifth and sixth innings, but each time came away empty in an eventual 7-0 win by Blue Jays at Kauffman Stadium on Tuesday.

In the second inning, a jumping Bo Bichette stole a runscoring single to Emmanuel Rivera from the edge of the outfield-grass. Bichette went vertical to net a ball heading toward the outfield, then doubled off an unlucky Carlos Santana on second base. Santana was two steps from third base by the time Bichette landed with the ball, and had no chance to come back.

There were also great plays at first base by Vladimir Guerrero Jr in the third and fifth inning, as well as a nice dive by Bradley Zimmer in the seventh, all of which helped keep the Royals off the scoreboard for a second night in a row. .

Manoah finished six innings, gave up six hits and three walks, but without giving up a run. He improved to 7-1 and lowered his team-leading ERA to 1.81.

Yimi Garcia, David Phelps and Jordan Romano, who was driven mad by the lack of work, finished it off for the Jays.

Toronto got all the offense it needed in the second inning when a Matt Chapman-double scored both Alejandro Kirk and Santiango Espinal with the first two runs of the game.

Kirk, who is going to see a heavier workload with Danny Jansen on the injured list with a broken bone in his left hand, had a solid 4-for-5 night. His four sharp basehits boosted the bottom of the order, which accounted for the first five Toronto runs.