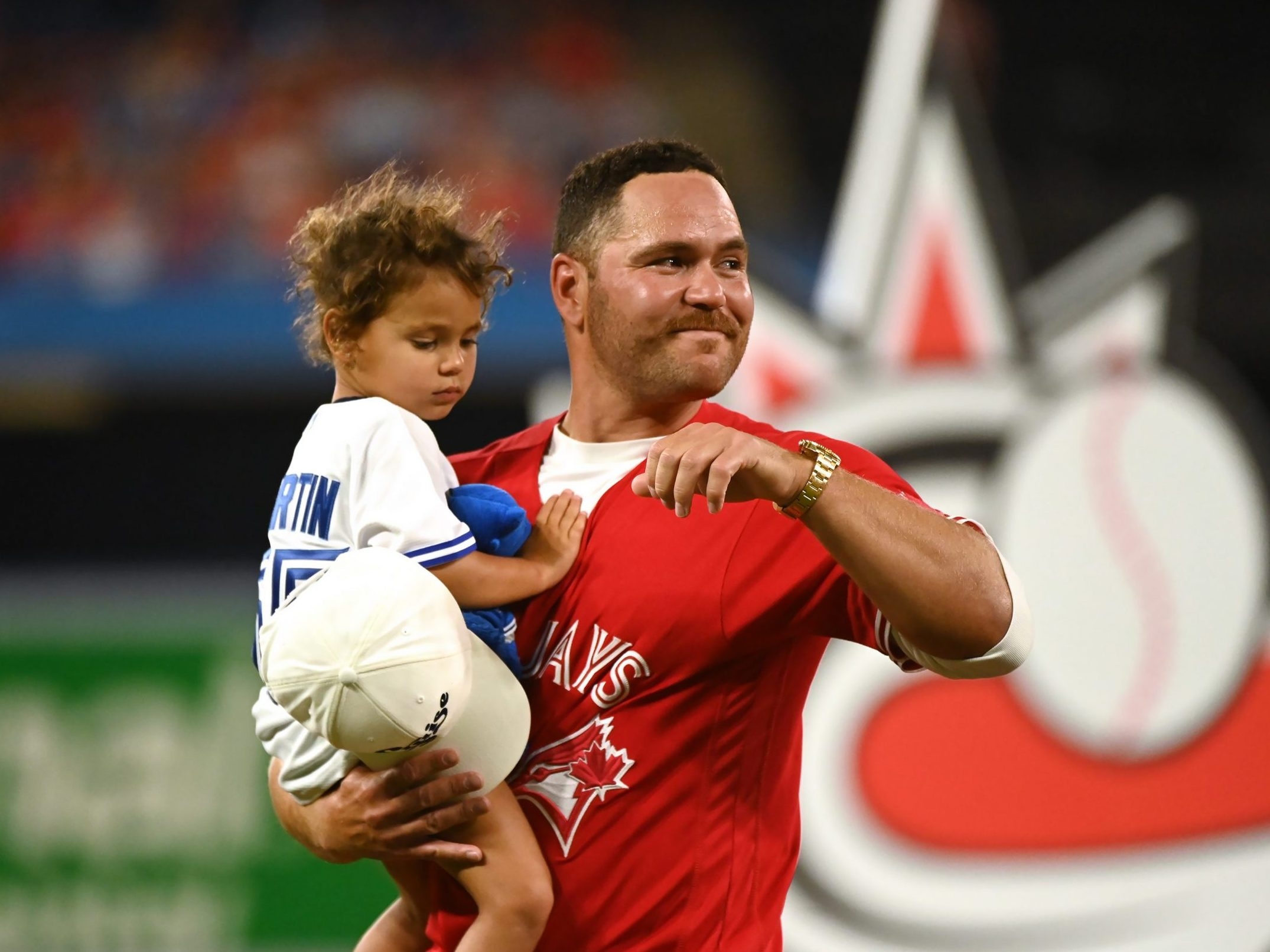 Russell Martin was used to catching ceremonial pitches for the Blue Jays, not throwing them.

But who better to make a Canada Day delivery than the country’s most famous backstop?

A euphoric Martin was the special guest against the Tampa Bay Rays on Friday, receiving a loud and long ovation from a packed house at Rogers Center, preceded by a meeting with a crowd of media in the Toronto dugout. Memories came flooding back for the East York native, a four-time Gold Glove winner.

“The loud moments, my teammates, the playoff games… I miss them. My first season here was 2015, kind of a revival of baseball here. It was special to be born in Toronto, to be Canadian, by walking the streets, everyone in shirts and hats.

“One moment that stands out more than any other is the Jose Bautista bat flip (in the 2015 playoffs against Texas). The electricity of the crowd. You could feel the ground shaking, the energy was crazy.”

Martin looked back to chuckle at a 2016 Dominion Day metabolism, a 19-inning, six-and-a-half-hour war with a visit to Cleveland.

“The one where I got kicked out yelling at the umpire (Vic Carapazza of Texas series disgrace) because he was terrible. The audience had my back. I don’t remember if we won or not (they lost), but it was a great experience.”

Since then, Martin said Canada Day always has a “play-off” atmosphere.

“You can feel the energy of the crowd, it’s special because we’re wearing the red jersey,” he said.

But don’t look for whether Martin is either crouching behind the board or sitting in the front row behind it. Golf (he has a handicap of 6) and his family are now his passions; he only watches games he encounters while channel surfing or follows the progress of former Jays.

The team put him in touch over the phone with lighter Gabriel Moreno, who was promoted from Buffalo three weeks ago and is blessed to wear Martin’s old 55 jersey.

“I told him there are still a lot of hits left in that number,” joked Martin, who threw his first pitch at the youngster.

After four seasons here, a peak of his 14 in the majors, Martin played a year for his original team, the Dodgers, before retiring in 2019 at age 36. He’s been abroad for most of the time since COVID-19 took hold, but it looks like he’ll be here and his other home in Montreal when his two daughters reach school age. She and partner Elisabeth accompanied him to the hill on Friday.

Would he consider representing Canada at the World Baseball Classic next year?

“I don’t think so, I’m so out of shape right now. As much as I’d like to think I could, I’m not even close. I have too much respect for all the guys who spend a lot of time off-season preparing. They’re like a refined race car and right now I’m like a beat up Chevy.”