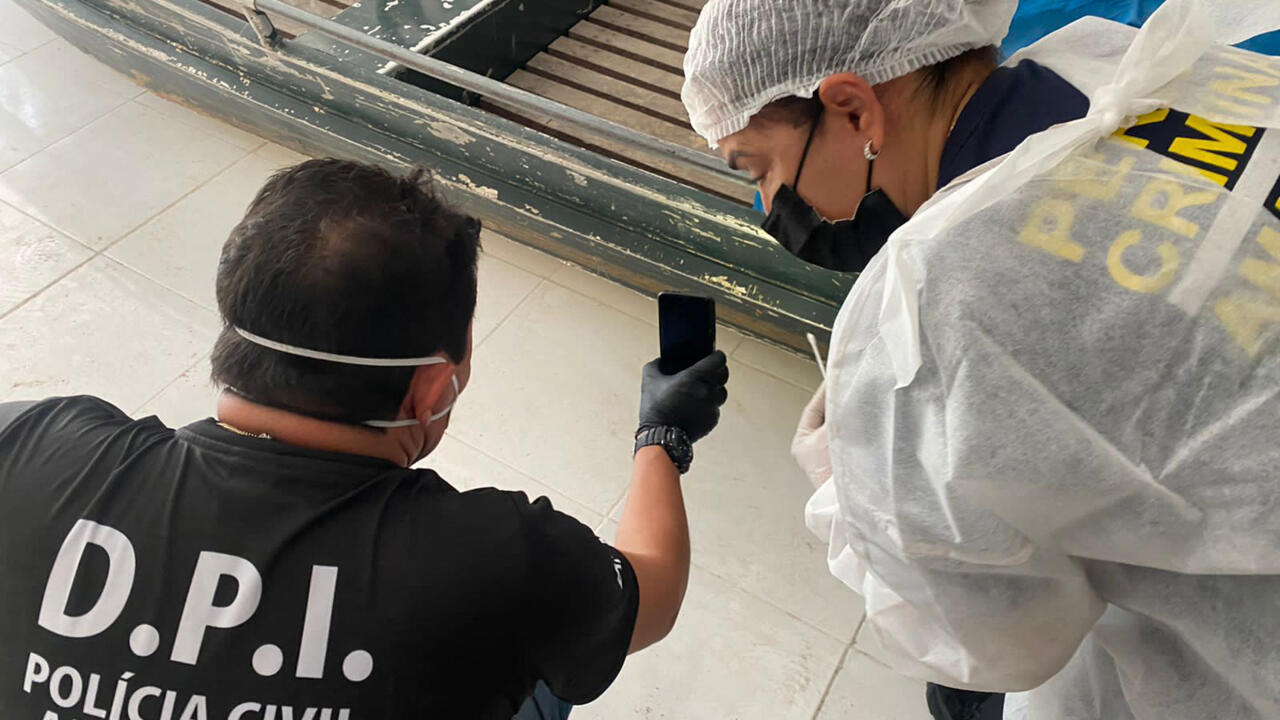 Traces of blood have been found on the boat of a suspect arrested in connection with the disappearance of a British journalist and a Brazilian indigenous expert in the Amazon, authorities said on Thursday, as demand grew for officials to intensify the search.

Dom Phillips, 57, a regular at The Guardian newspaper, and Bruno Pereira, 41, an indigenous peoples specialist, were reported missing on Sunday after venturing into the middle of the Amazon rainforest.

“Traces of blood have been found on the boat of Amarildo da Costa de Oliveira, 41,” Brazilian police said in a statement, saying the suspect known as “Pelado” was arrested on Tuesday.

“The collected material is on its way to Manaus,” the capital of Amazonas state, for expert analysis, the statement said.

It was accompanied by images of researchers taking pictures of what appeared to be a small bloodstain on a blue tarpaulin in a motorboat with peeling paint.

The statement is a grim twist in the ongoing search for the two men, whose fate remains unknown.

Brazilian authorities said they hope to find the couple alive, but are not ruling out any outcome, including murder, in a region where human trafficking is widespread.

Well-known personalities and environmental and human rights groups have rallied behind the case, urging President Jair Bolsonaro to step up the search.

‘Where’s Dom Phillips? Where is Bruno Pereira?” the journalist’s sister, Sian Phillips, asked in a statement to the media during a gathering of about 30 people outside the Brazilian embassy in London.

“We want the British authorities to put pressure on the Brazilian government,” she added, before she and other family members were met by the ambassador.

“We want to continue to search. We want to know what is happening to them and we want everyone responsible for any crime to be brought to justice. We want an ongoing deep and open investigation,” she added.

She accused Brazilian authorities of delaying the search, but said they are “all hopeful” that the couple will be found.

“He is a great writer and journalist. He is a caring man. He cares about the environment. He loves Brazil,” Phillips said of her brother.

“He’s a great guy and we love him with all our hearts.”

“We are assured that everything that can be done has been done,” Phillips’ brother-in-law Paul Sherwood told AFP.

Phillips and Pereira were reported missing in the Javari Valley in Amazonas state, located in the western Amazon Basin, near Peru.

Witnesses said they saw the suspect sail past in a boat heading in the same direction as Phillips and Pereira when they were last seen. Police said the man had been arrested for carrying unlicensed ammunition and drugs.

The remote region is experiencing an escalation of armed violence due to the presence of miners, prospectors, poachers and drug traffickers.