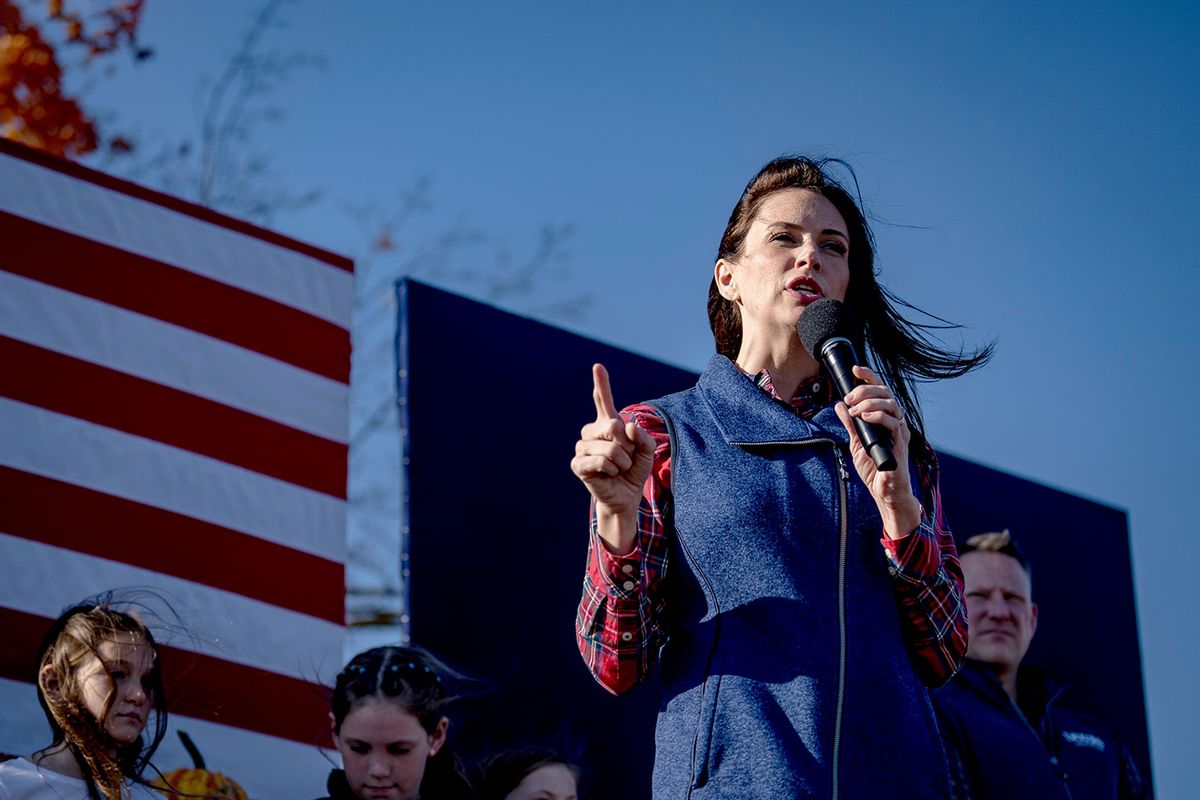 Cameron Gray moves easily on foot through a black working-class Detroit neighborhood. The 25-year-old knows these blocks on the west side, the neighborhood where he went to high school.

He goes from porch to porch encouraging people to vote, asking them to think about what the utility company that bills them, DTE Energy, is doing with their money.

Gray is dressed in black jeans, pullover, knitted hat and sneakers. Tall and skinny, he moves with as little friction as possible as he tries to spread the word about a grassroots campaign that involves multiple teams of door knockers.

Gray is part of a statewide alliance called the Defend Black Voters Coalition, which is pushing companies to stop funding lawmakers that would make it harder for Michiganders to vote. They have asked local companies, including GM, Delta Dental and DTE, to sign a pledge that they will no longer support superPACs or committees that funnel donations to state lawmakers “supporting voter suppression bills.”

By asking the state for a hefty rate hike, DTE has given activists a chance to target public outcry at a time when the utility hopes for public support. The coalition is trying to use consumer resentment to draw attention to corporate finance from anti-democratic politicians.

The rise in election denial and the proliferation of election suppression legislation has sparked corporate movements across the country. However, the coalition is one of the few black-led groups to pressure businesses to join the fight against voter suppression — that is, a movement composed of those most affected by the suppression of voters. voters.

“What’s going on, boss, how are you?” Gray says to a man. “We’re just walking around the neighborhood and talking to people about DTE and how they’re trying to raise people’s bills and stuff.”

Mentioning DTE, the Detroit-based gas and electric utility, is enough to grab the attention of many locals. On September 1, a massive storm swept through Southeast Michigan, leaving more than 98,000 DTE customers without power for three days.

DTE, a private utility, is regulated by the Michigan Public Service Commission and recently asked the commission to sign an 8.8% rate hike. The MPSC will make a ruling on November 21.

DTE did not respond to repeated requests for comment. In an email from August to The Detroit News, the utility said it had not increased rates in three years and that the proposed rate increase was below the national average. It said the additional money generated would fund a “grid of the future” and community solar projects in the region.

The man at the door tells Gray that he plans to vote and promises to check the website Gray sends him to. “That’s all I need, boss. You have a good one!’

Joe Biden defeated Donald Trump in Michigan with 154,188 votes, just 3% of the state’s vote; in the same election, Democrat Gary Peters took a win in one of the tightest Senate races in the country, retaining the Democratic majority. Michigan is a frontline state that no Democrat can afford to lose, and the black vote has been crucial to Democratic success.

After the 2020 election, many state legislators proposed new laws that would help erase that margin of victory by making it harder for Michiganders to vote. Meanwhile, there are plenty of election deniers on the November state vote. Tudor Dixon, the Republican nominee for governor, said in May that Trump actually won the state in 2020; after winning the primaries, she now says the truth remains unclear and she will be further investigated if she wins. (Another Republican nominee for governor who lost the primaries has been charged in connection with the January 6 attack on the United States Capitol.)

Republican attorney general nominee, Trump-backed Matthew DePerno, is currently under investigation by a special counsel for allegedly conspiring to tamper with voting equipment in three counties as part of an effort to prove that the 2020 election has been “stolen” goods. And Kristina Karamo, the Trump-backed candidate for Michigan secretary of state, says she has “big questions” about Joe Biden’s victory, accusing on the campaign trail that the current Democratic secretary of state will “keep dead people on the electoral rolls” and ” deliberately tries to corrupt the electoral system”.

Then there are three Republican candidates for Congress who say they don’t believe Biden won in Michigan, and three more who have expressed doubts about the legitimacy of the election.

Against this backdrop, six social justice organizations formed the Defend Black Voters Coalition. They have staged protests for pure Michigan backgrounds, such as the Detroit Spirit statue downtown and at the annual Mackinac policy conference of state leaders on picturesque Mackinac Island. They have called on leading Michigan companies, including Ford, General Motors, DTE and Consumers Energy, to stop contributing to politicians “working to make it harder for black people in Michigan to vote.” And they’ve put up a door-to-door canvas linking the attack on voting rights to an issue that is often more important, namely people’s energy bills.

The utility company DTE occupies a tenuous top position in this group of political employees. All but 10 of Michigan’s senators and representatives have received funding from DTE, according to a report by the Energy and Policy Institute. According to the coalition, since 2016, DTE and its subsidiaries have donated $318,145 to lawmakers supporting voter suppression legislation.

Government officials are expected to make a decision this month on DTE’s proposed rate hike.

“DTE and I, we’re not friends right now,” said Cindy Reese, a 74-year-old employee of the City of Birmingham. Reese is a member of MOSES Action, a community empowerment and leadership-building organization.

When the storm hit Detroit in September, Reese said her home had no power for several days. Her husband used to open the garage door for her, but he died of COVID in 2020, the electric door opener didn’t work and her car was stuck in the garage. Meanwhile, she threw away food that was spoiled in her refrigerator.

She went to Lansing to protest the Republican-dominated legislature to restrict access to ballots and the places where ballots are cast. Lawmakers wanted to require photo ID to vote, which voting experts say is part of a strategy to limit access to the polls. When Governor Gretchen Whitmer vetoed the legislation, Republicans conceived an initiative to submit a series of voting restrictions to a statewide vote.

In the end, Republicans failed to submit the signatures they had collected in time to qualify for the November election.

Defending Black Voters and their allies now have the ability to play offensively. There is a competing initiative on the November vote that would ban efforts with “the intent or effect of denying, curtailing, disrupting or unreasonably burdening the fundamental right to vote.” This effort would enshrine this voter protection in the state constitution. So now the forces are lined up on both sides of this initiative, Proposition 2: Opponents argue that the voting process is jeopardized without more restrictions, while supporters declare that more votes leads to more democracy.

DTE is not the only target of the coalition, and recruiting is not the only strategy. Defend Black Voters is looking for other ways to fire up companies that support candidates seeking to limit votes. On a late September afternoon, coalition member Eboni Taylor speaks at a meeting of the University of Michigan Board of Regents in Ann Arbor. Taylor, Michigan, executive director of Mothering Justice, an organization focused on issues affecting mothers of color, asks the university to pressure two suppliers, Michigan Blue Cross Blue Shield and Delta Dental, to stop donating to homegrown voice suppressants.

Taylor read her statement, then was rejected by regents who said they wholeheartedly supported the coalition’s work, but could not support it today. Forcing a vendor to stop funding those who make voting more difficult, they said, would undermine their right to free political expression.

Whatever happens in this month’s election, members of the Defend Black Voters Coalition say they won’t disappear and are in it for the long haul; state Republicans have indicated they plan to continue to introduce legislation to control voter registration and make voting more difficult.

Cindy Reese says she sometimes thinks of her parents, who came to Detroit from the small town of Boligee, Alabama, around 1945. In Alabama they couldn’t vote. But in Michigan, Reese says, “As black people, we were happy to vote.”

If her parents were around today, Reese says, “I think they’d be there with me explaining to people what people went through to give us the right to vote. We’re not going to let anyone take that away — not after all they’ve done.” to give us that right to vote.”