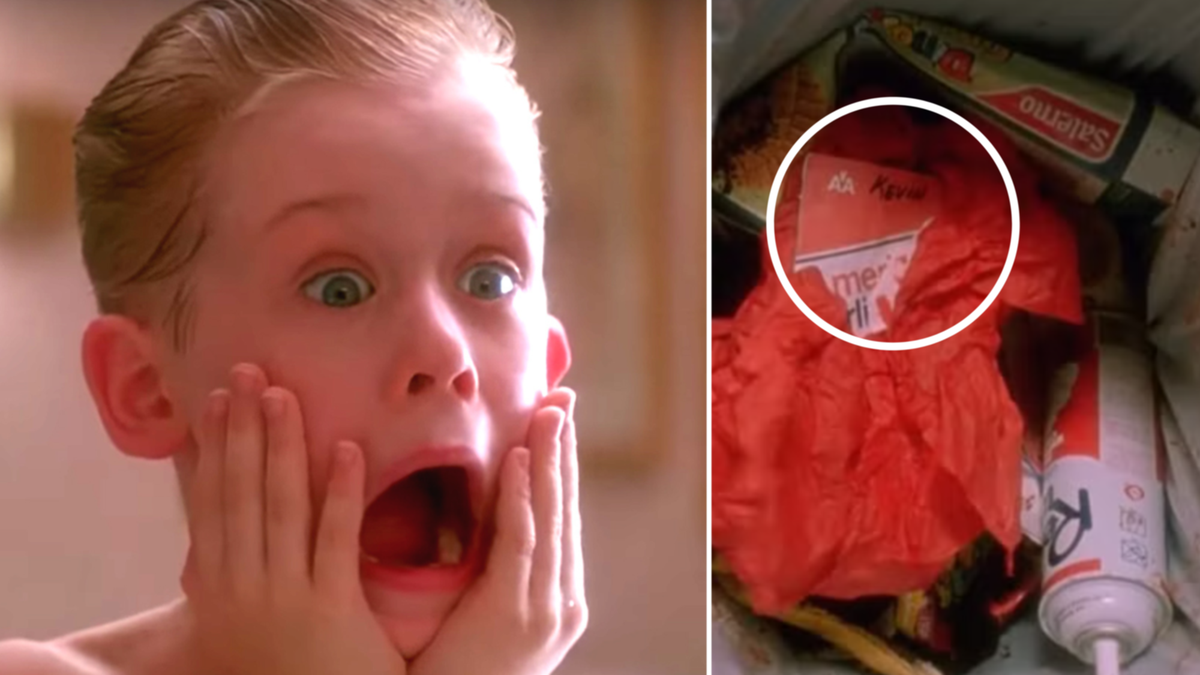 Despite watching Home Alone every Christmas since its release in 1990, some fans are shocked to learn they missed an important detail.

Turns out the reason Kevin’s family didn’t notice his absence from the trip was seen in the trash during a brief moment in the film.

WATCH THE VIDEO ABOVE: Detail in Home Alone stuns fans.

For more news about movies and videos, visit Movies >>

The film follows Kevin McAllister, played by Macaulay Culkin, who is left at home when his family travels to Paris for Christmas.

One “mistake” of the film that has been questioned for decades is how did the parents forget one of their children?

Sleeping through their alarms, the family hurried to the airport and presumably distributed the plane tickets to the children.

But as a new TikTok video proves, the family lost one ticket — because Kevin’s had ended up in the trash the night before.

The video paused and zoomed in on a shot of the father sweeping some trash into the bin, accidentally taking Kevin’s ticket.

The American Airlines ticket, with Kevin’s name at the top, briefly appears at the top of the trash can.

“I’ve been watching Home Alone all these years and didn’t know the dad threw away Kevin’s ticket,” the caption read.

The footage has divided viewers, half horrified by the details and others claiming they knew the ticket had been discarded.

“That way they don’t have an extra ticket when boarding or they could have noticed that he was missing sooner!” said one.

“I’ve watched this movie HUNDREDS of times and never noticed!!!” added one more.

“So the dad is responsible for leaving Kevin behind 😂 never noticed this until now OMG,” a third said.

“Ohhhhhh I always wondered why they showed the trash,” said one viewer.

Meanwhile, someone claimed they “knew that all along 😂! Kevin never got on the plane anyway.”

“I saw that the ticket had been thrown away, but I never noticed that it actually says ‘Kevin’ on it!” said another.

“They threw away his passport too! just noticed this time was watching lol,” someone said.

Home and Away star’s bold transformation has fans ‘obsessed’