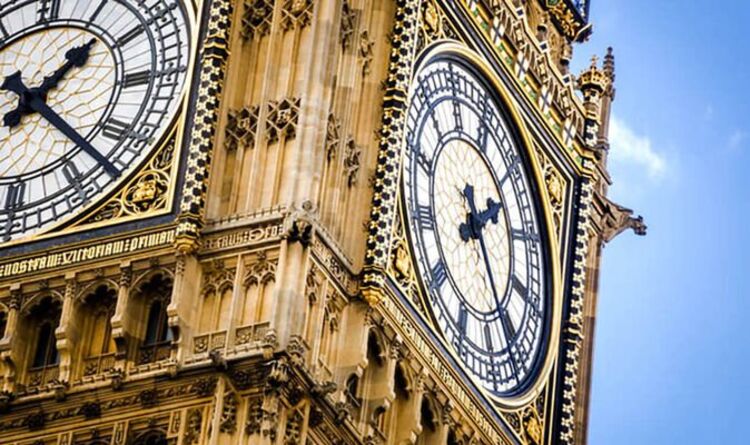 Scaffolding went up in 2017 and the bill for the project has spiraled from an initial estimate of £29million to around £80million – with a further £9million provided to cover Covid-related costs. It is hoped that soon hands on all the clock faces will once again be turning and the iconic chimes will routinely ring out across London. Sir Charles Walker, who sits on the House of Commons Commission, provided an update on the project.

He said: “The Elizabeth Tower and the Great Clock are currently undergoing the most extensive conservation project carried out in the 160 years since Big Ben and the quarter bells began to strike. Following conservation off-site, the clock mechanism – which usually powers the hammers that strike the Great Bell (Big Ben) and the four quarter bells – is currently being re-installed in the tower and tested.

“Dusty works are still ongoing in the ventilation shaft of the tower, which has required the hands of the West Dial to be kept stationary to prevent damage to both the hands and the mechanism itself. The clock hands on the West Dial are scheduled to start operating again towards the end of spring, once these works have completed.

“The illumination of the dials and the return of regular striking of the bells is set to resume before the conservation project completes in the summer.”