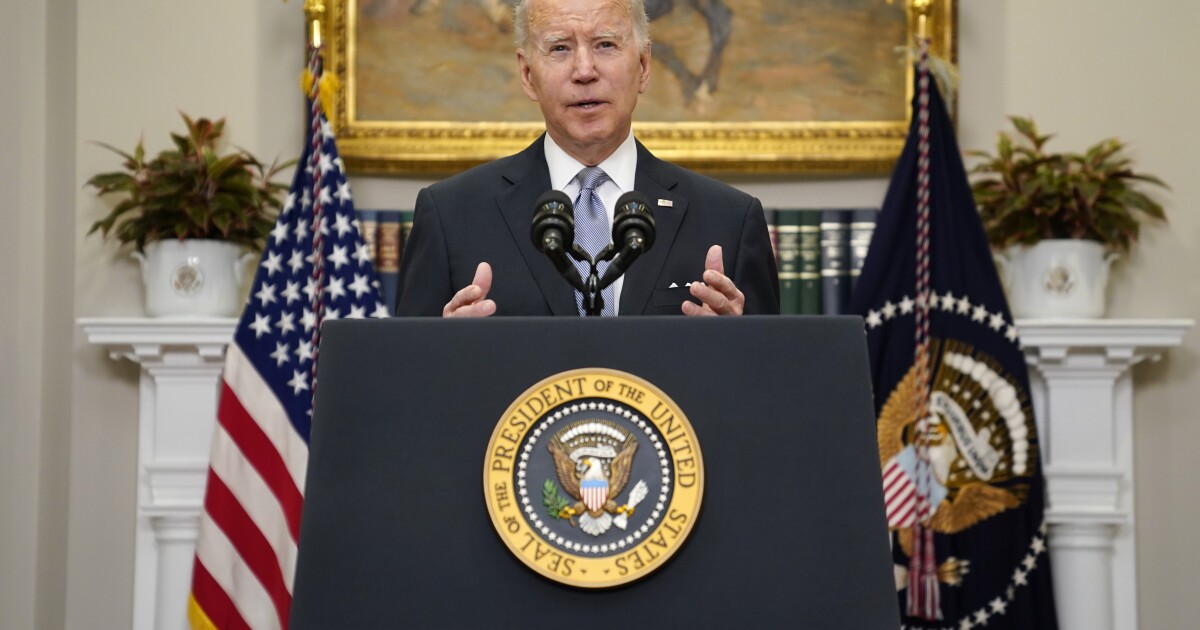 When President Biden took office last year, he had three top foreign policy priorities: revitalize NATO and other alliances that President Trump had devastated, withdraw the last of US troops from Afghanistan, and compete more effectively with a newly assertive China.

Russia, a waning power, seemed almost an afterthought. All Biden wanted from Moscow, he said last year, was “a stable, predictable relationship.”

Vladimir Putin had other ideas. Two months ago, Putin invaded Ukraine – and the result was not only a tragic war, but a sea change in US policy.

The battle for Ukraine is now Biden’s main national security focus. The United States and Russia seem locked in a protracted confrontation reminiscent of the Cold War of the 20th century. China’s challenge is still there, but strategists hoping to move US troops from Europe to Asia have put those plans on hold.

Last week, Biden announced he would send an additional $800 million in military aid to Ukraine, bringing the total over the past two months to more than $3 billion. More important than the dollar figure were the weapons: heavy artillery, helicopters, armored cars, anti-aircraft radar systems and the Phoenix Ghost, a new kamikaze attack drone.

The shopping list reflected a gradual escalation since the early weeks of the war, when Biden and his aides stressed the limits of what the United States was willing to do — in part to avoid direct conflict between Russian forces and the North Atlantic Treaty Organization. .

There would be no boots on the ground, they said, no offensive long-range weapons and no US-enforced “no-fly zone” to stop the Russian air force from bombing Ukrainian cities. Nor would the United States agree to move MiG-29 aircraft from Poland to Ukraine via Germany.

Ukrainian President Volodymyr Zelensky and American hawks complained, but last week Zelensky said the new aid package “was exactly what we were waiting for”.

What changed? As Ukraine’s armed forces performed better than expected — and Russia’s worse — the government’s commitment to Kiev grew.

“Our policy is unequivocal that we will do everything we can to help Ukraine succeed,” Biden’s national security adviser, Jake Sullivan, said in a TV interview. “Ultimately we want to see a free and independent Ukraine [and] a weakened and isolated Russia.”

The government’s stance was also hardened, he added, by “what the Russians have done, frankly — killing civilians, atrocities, war crimes.”

More broadly, Biden’s commitment to Ukraine appears to signal the end of a period of austerity in which Presidents Obama and Trump tried to break free from the military entanglements launched by President George W. Bush.

Columbia University scholar Stephen Sestanovich has long argued that US foreign policy tends to alternate between cycles of assertive international engagement, which he calls “maximalism,” and austerity.

“What ends austerity is almost always a kind of shock,” he told me last week, something that “leads people to think that austerity policies, as desirable as they may have seemed a few years earlier, just won’t save a more dangerous world. ”

“Putin’s war is just that kind of incentive to focus the mind, and its effects are likely to be lasting,” he said.

If he’s right, the wider effects of the Ukraine crisis could include a Cold War-style division of the world into two blocs, one led by the United States, the other by China and Russia; prolonged Congressional pressure for higher defense spending; and perhaps even a modest revival of foreign policy duality.

Those trends will all be familiar to Biden, who served on the Senate Foreign Relations Committee during the latter half of the Cold War. A year or two ago, his fondness for NATO and other traditional US alliances may have sounded like a return, but it’s come in handy now.

He and his aides worked long before the invasion to focus NATO on Putin’s threats so that the alliance could impose coordinated sanctions as soon as the tanks started to roll. His old-fashioned return to alliance building proved to be just what the West needed.

Biden’s foreign policy has been far from perfect. His withdrawal from Afghanistan, to cite just the most painful example, was a fiasco.

But in Ukraine, at least the president’s experience and instincts have served him well.