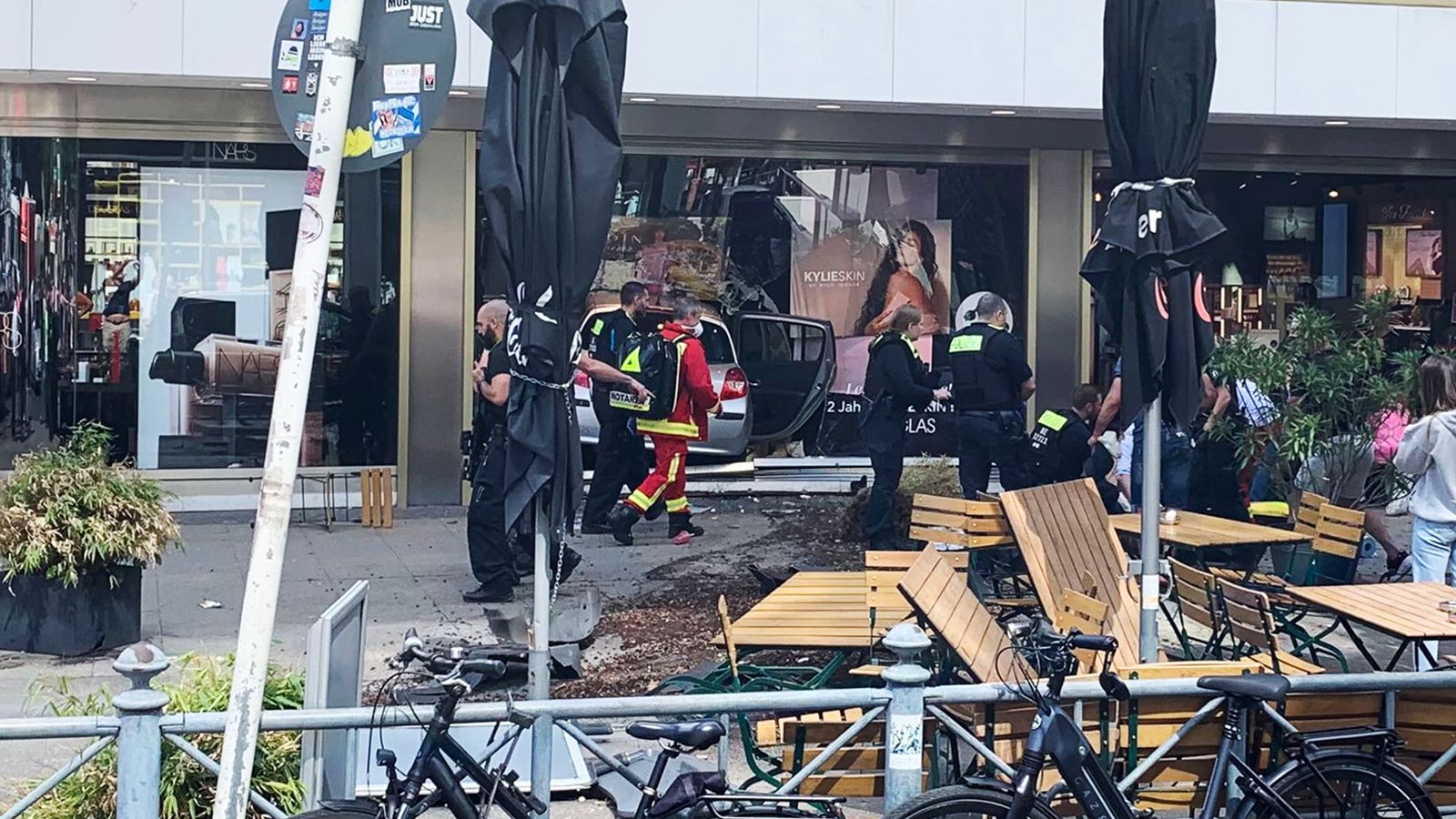 At least one person has been killed and about 30 others injured after a car rammed into a crowd in West Berlin before breaking through a shop window, emergency services say.

A man believed to be the driver of the car has been arrested, police said.

It is unclear whether the incident was an accident or whether the driver had deliberately driven into the crowd, Berlin police spokesman Martin Dams said.

The man was driving a small Renault car, the German newspaper Bild reported.

According to witnesses, he initially ran away and was stopped and handed over to the police.

Footage of the scene showed the silver car crashing into the window of a department store.

The fire service said about 30 people were injured in the incident, five with life-threatening injuries.

Blankets covered what appeared to be a body in a police-guarded area.

Sky’s Europe correspondent Siobhan Robbins said the car drove down the street and then hit a group of people, drove onto the road, drove up the curb again before crashing into a shop.

It took place on Rankestrasse, near Breitscheidplatz in the main shopping area, the scene of the 2016 Christmas market attack that killed 11 people.

Actor John Barrowman, who was on the scene with his husband Scott Gill, told Sky News he “saw a dead person lying in the middle of the road, covered”.

“How awful that these people got up this morning to just go through an ordinary day, they were going about their daily business. I mean, we were out shopping, but if you think if we had come out of that store a minute earlier. ..”

He said: “We’re not experts, but this seems intentional – by the way, the car went on the curb.”

“There were chairs and tables smashed on the pavement – just a trace of destruction,” said Mr Gill, a British architect.

“You could see the car zigzagging on the sidewalk on the way down.”

“The first 10-20 minutes it was just pure chaos,” he added. “We walked right through it without really realizing what was happening.”

“We’re pretty shocked,” Barrowman added, fighting back the tears. “To see people hurt, people who were just innocent and the senseless destruction by whoever caused this.

“Whoever did this is a horrible, horrible person…it’s just a mean thing to do.”

“We think we have witnessed a terrorist attack here in Berlin,” he previously tweeted from the German capital.

“We saw a car hit the road and land in a three-block storefront. It’s pretty awful.”

“Police are behind us, other police cars are coming. Helicopters are coming. This is bad. This is serious,” he continued in video messages on social media.

“There are hundreds of emergency services in the area, block after city block, off. The cordon is getting bigger and bigger.”