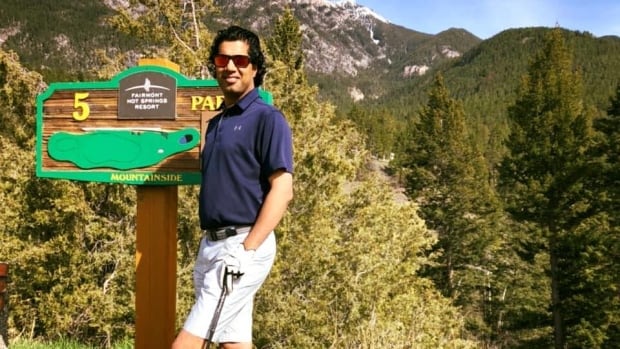 The one-time CEO of Fairmont Hot Springs Resort in BC is out of a job after being reviewed for his sexist comments during a speech at a tourism conference.

The chairman of the board of directors for the resort in southeastern BC, Steve Giblin, confirmed in a written statement on Tuesday that Vivek Sharma is no longer at the helm and that the CEO position is vacant.

“The board of directors will immediately start a search for a new CEO,” Giblin wrote.

“The Fairmont Hot Springs Resort remains committed to being a diverse, inclusive and safe place to work, visit or conduct business.”

He gave no further information on the assessment of Sharma’s behaviour.

Sharma was on leave from his position for the last month following the public outcry over his comments at the opening of the BC Tourism and Hospitality Conference in Richmond on March 9.

According to audience members that day, Sharma asked the women in the room to stand in honor of International Women’s Day, but after a round of applause, Sharma told them to “clean a few rooms and do some dishes”.

Sharma publicly apologized after the comments came to light, saying he “deeply” regretted his “insensitive and inappropriate comments,” and subsequently resigned from his positions on the boards of directors of the Tourism Industry Association of BC, the BC Hotel Association and the BC Chamber of Commerce.

The resort later announced that it had hired an outside consultancy to review the matter and Sharma was placed on leave while that process was underway.

Trina Notman, vice president of marketing and communications for Accent Inns and Hotel Zed, attended the conference and described the experience as shocking and embarrassing. She has said she immediately began urging conference organizers to action, later making the incident public with many shared posts on social media.

Notman said Tuesday she had heard from hundreds of women since she spoke out.

“I’ve heard so many stories about what women are going through in workplaces outside our industry, and it’s not okay. It’s important that women feel they can speak up and that their voices will be heard and action taken. Everyone should expect safe and respectful workplaces,” Notman said.

Her decision to go public also led Sharma’s previous associates to raise further allegations of inappropriate comments about his time as general manager of the Sun Peaks Grand Hotel and Conference Center.

Three people who worked at the Sun Peaks hotel told CBC they were alarmed by Sharma’s comments during a January 2016 congregation meeting as he tried to motivate staff after a busy and exhausting vacation period.

“He said to us, ‘Well, sometimes you get raped. You just have to lie down, take it and enjoy it.’ The whole room was naturally gasping for breath,” recalls former employee Mel Bahula.

Emails shared with CBC confirm that at least two employees have filed a complaint with hotel management about Sharma’s behavior.

Sharma has not responded to requests for comment on his comments.