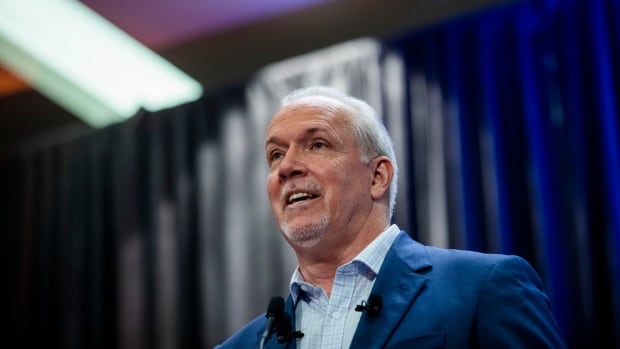 BC Prime Minister John Horgan is set to speak to media on Tuesday afternoon, days after he sparked speculation about his political future in an interview last week.

Horgan will speak with reporters at 1:30 p.m. PT. CBC News will livestream the press conference.

On Friday, the two-term prime minister hinted at an upcoming announcement after being clearly asked if he plans to remain in office for the remainder of his term.

“We have a cabinet retreat in Vancouver next week,” Horgan said during an interview with CBC’s On the island†

“We’re planning, planning and preparing for the next two years. So I’ll have more to say about that when we get out of those meetings.”

The retreat started Monday and ran until Tuesday.

On the island9:57Prime Minister John Horgan on the RBCM, inflation and his future in government

Gregor Craigie spoke to Prime Minister John Horgan about the decision not to go ahead with a new RBCM building, the cost of inflation and his future in politics.