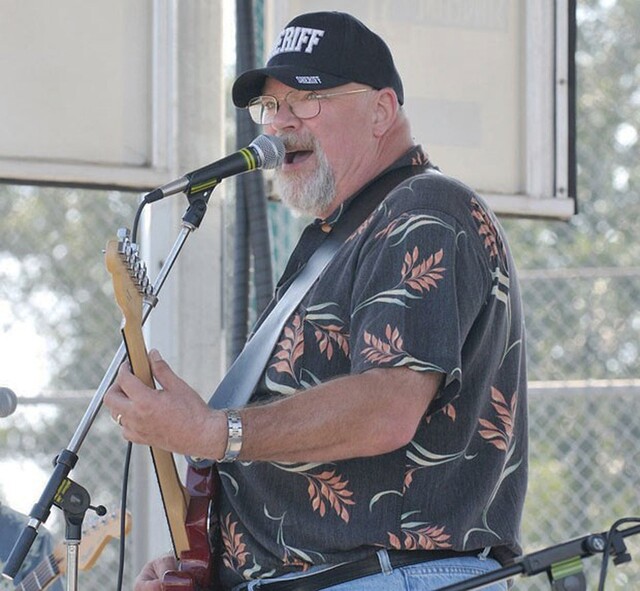 Doucette received the inaugural Mentor of the Arts Award, an honor presented at the annual Tsawwassen Sun Festival.

BC music legend Jerry Doucette has passed away.

The singer, songwriter, guitarist and Juno Award winner died of cancer on April 18 at the Irene Thomas Hospice in Ladner, surrounded by family. He was 70.

He is perhaps best known for his song Mama let him play from the album of the same title, which went platinum in Canada in 1978, and also reached the Billboard Top 100.

The band of the South Delta, Doucette, won the Juno for Most Promising Group of the Year in 1979.

He was born in Montreal on September 9, 1951 and grew up in Hamilton, Ont. where he started playing guitar at the age of six.

He moved to Vancouver in 1972 and played with The Seeds of Time and The Rocket Norton Band before signing with the legendary Mushroom Records as a solo act.

A press release after his death stated that the title of Doucette’s hit song was inspired by something his father said growing up.

The older Doucette, Louis, worked shifts and when he came home and Jerry was practicing the guitar, his mother told their son to be quiet.

“Mommy let him play!” Doucette remembered what his father had said. “Later I thought, what a great title. I finished the song in about an hour.”

Doucette released five albums as a solo artist between 1977 and 1999. He continued to play in small venues and clubs in Western Canada until 2018, when heart problems put his performing career on hold.

He was a regular at several Delta locations and also participated in many local fundraisers.

Some of those fundraisers included the annual Christmas toy drive for Deltassist, fundraising for the Reach Child and Youth Development Society, and Variety – The Children’s Charity.

In 2018, a fundraiser was held in Tsawwassen to help Doucette with his medical expenses after a car accident and the discovery of his heart condition.

At the time, Dave McIlroy, one of the organizers, said Doucette was a brilliant guitarist admired by fans and loved by fellow musicians.

“When you play with Jerry, you up your game, he brings it out in you. Jerry makes every other player around him better,” he said.

McIlroy also said that one side that many fans don’t see is that Doucette is a family man and loyal friend.

In an earlier interview, musician Ken Boychuk described Doucette as “one of the best Hammond B3 players in Canada.”

Doucette is survived by his wife of 43, Maggie, as well as five children and 10 grandchildren.

Details regarding a celebration of Jerry’s life will be provided at a later date.