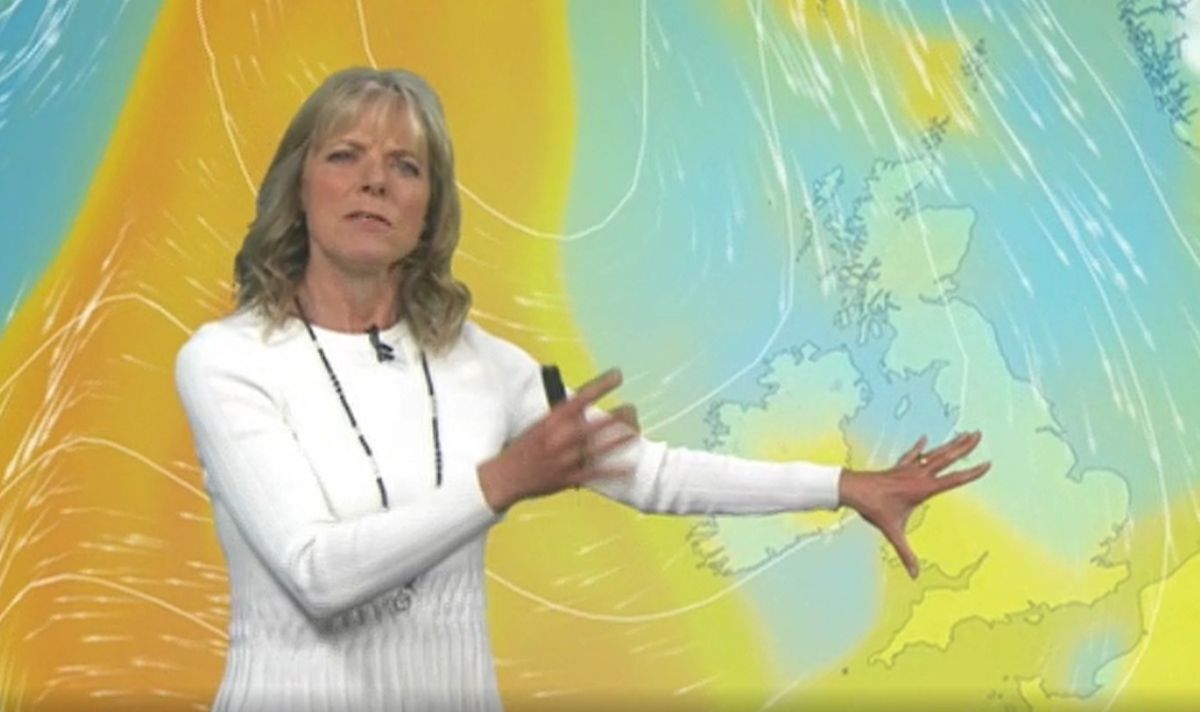 A northerly wind will bring temperatures down in the UK as the windy conditions create a “system shock” for the nation.

Weather remains “below average” for the summer period, as forecasts for the coming week warn of showers spreading across the country.

In her BBC Weather report, Ms Lear predicted “sharper, frequent showers” in the UK as temperatures dip to a few digits.

Speaking to BBC Breakfast, Ms Lear said: “With the wind turning clockwise, that means the wind is coming from the north.

“At the moment a fairly weak wind, but a cooling source at any time of the year.

“That will make it feel cool on those exposed east coasts.”

The east coast of the country will be directly affected by the winds driving in from the north, as the breeze causes the mercury to decay.

She added: “A few scattered showers, not as much in Scotland as the last few days, but note we could see a few showers coming down through the east.”

As Ms. Lear continued her forecast, she suggested that thick clouds would also cover much of the country, blocking hopes of sunshine and improving lower temperatures.

“As we move into the evening we will see some more cloud build up and some more organized showers moving steadily west.

‘You can see this line of clouds across North West England, making its way down the Isle of Wight into East Wales as we go through the night.

“We’re also holding some showers over those exposed east coasts.”

Ms Lear described the report as “definitely disappointing in terms of the feel of the weather.”

She suggested that at its peak, the country’s coast will only reach 11 or 12 degrees Celsius, with a national maximum temperature of just 15 degrees.

Ms Lear said: “We haven’t had those temperatures in quite some time, so it could be a bit of a shock to the system.”

The coming week will begin with “more organized spells of showers” as the UK heads into the bank holiday weekend.