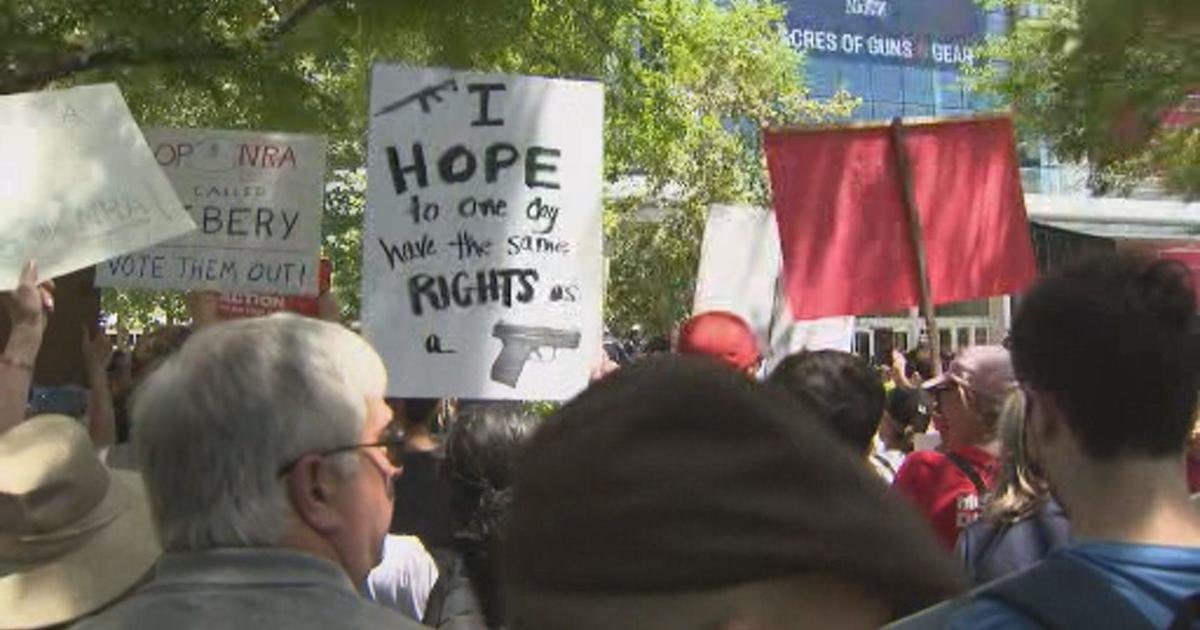 HOUSTON (CBSDFW.COM) – The intense debate over gun restrictions took place in downtown Houston, inside and outside the NRA’s previously scheduled convention.

Police held protesters across the street from NRA members and their convention.

But when it comes to discussing whether arms restrictions should be increased, the two sides remain even further apart.

Hip Rosado, an NRA member, said, “I think we should respect the fact that innocent people have been murdered and try to do something about mental health, which is really the problem. It’s not a gun problem.”

Karen Hickman, who attended the protest, said: “To put it all on mental health, I don’t think that’s right because if you have a combination of mental health, why give people with mental health problems easy access to weapons?”

At a rally hosted by Black Lives Matter Houston, Moms Demand Action and the Houston Federation of Teachers, speakers and the crowd turned their anger on Republican leaders for failing to increase restrictions on gun sales.

While some NRA members said background checks should be expanded to include private sales or transfers, not everyone agrees.

An NRA member who wanted to give only his first name Michael said: “The problem is all these checks can be misused, and we’ve already seen some things get misused by the government. So the more they grab the more they will. want.”

Scott Armentaro, who drove from Dallas to attend the protests, disagreed. “Well-regulated means well-regulated, which means you don’t have the freedom to walk around with any weapons at any time.”

Democratic nominee for Governor Beto O’Rourke told the crowd to challenge Republican leaders. “For those in power who are currently in office, and who stand in their way and refuse to act, please promise me you will get in their face before another child is shot in their face. “

Governor Greg Abbott, who went to Uvalde Friday afternoon, sent a video message to the NRA convention, saying the 18-year-old gunman was breaking existing laws. “There are thousands of laws on the books across the country that restrict the possession or use of firearms, laws that don’t stop madmen from committing evil acts against innocent people and peaceful communities.”

Cruz said, “It’s much easier to slander your political opponents and demand that responsible citizens lose their constitutional rights than it is to investigate the cultural disease that gives rise to unspeakable acts of evil.”

Discussions between Republican and Democratic US senators have begun to determine whether compromises can be reached on potential gun safety legislation.

In Texas, some Republican and Democratic state legislators have called for a special legislative session, but only Governor Abbott can make that happen.

Jack covers politics for KTVT-TV CBS 11 and has been with the station since September 2003.