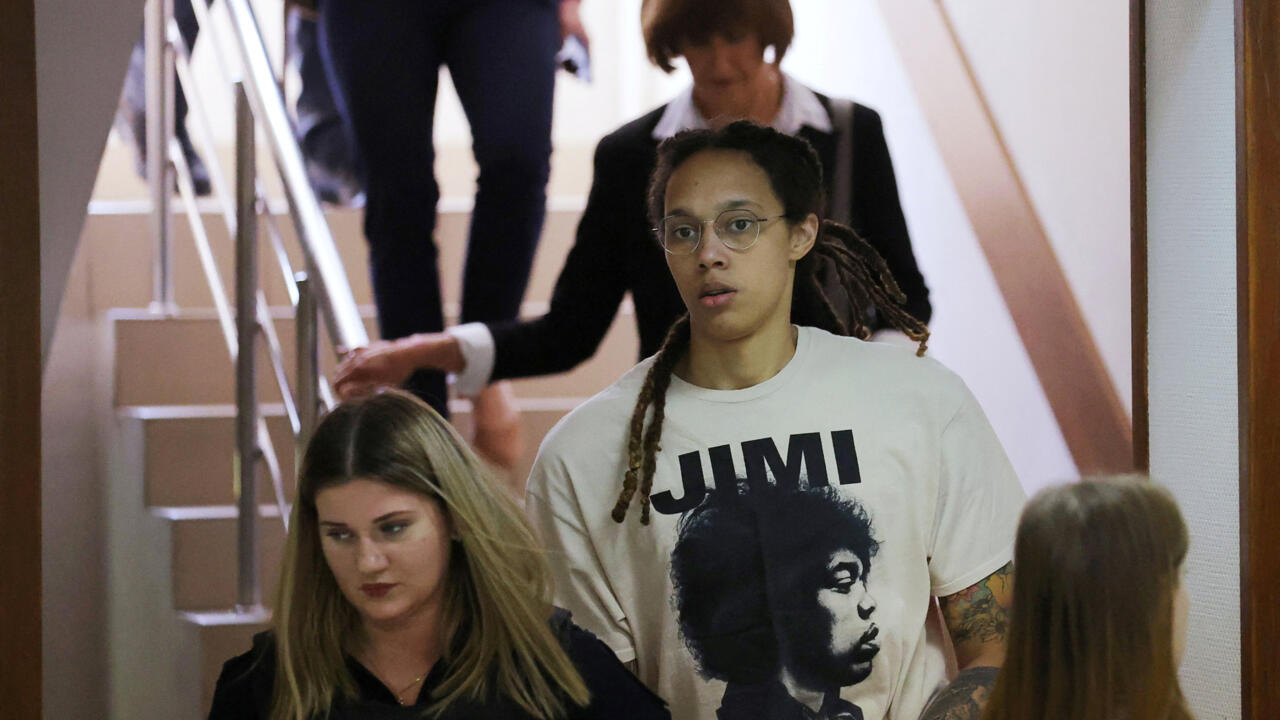 American basketball star Brittney Griner was on trial Friday in a court on the outskirts of Moscow over drug charges that could see her serve up to 10 years in a Russian prison.

Griner, 31, was formally told at this first hearing that she was charged with intentionally importing narcotics into Russia. She spoke to say she understood the allegations. The judge set the next hearing for July 7.

Griner, who has played regularly in Russia and the US Women’s National Basketball Association (WNBA), was arrested in February at a Moscow airport, allegedly carrying hash oil vaping cartridges in her luggage.

The case is set against a background of high tensions between Moscow and Washington over the conflict in Ukraine. US officials say Griner was wrongfully detained.

In the courtroom were three US embassy employees, including Deputy Chief of Mission Elizabeth Rood. Griner was in the defendant’s cage with a plastic bag of biscuits and a bottle of mineral water.

Griner told a Reuters reporter that she found detention difficult because she didn’t speak Russian, and that she couldn’t keep up with her fitness because she could only do general exercises, such as stretching.

Her lawyers declined to say how she intended to plead.

“She’s a little worried because she has the trial and sentencing in the near future. But she’s a tough lady. I think she’s going to make it,” lawyer Alexander Boykov said after the hearing.

Rood said the United States worked very hard to bring Griner home: “She asked me to convey that she is in a good mood and remains faithful.”

Asked about the case, Kremlin spokesman Dmitry Peskov denied it was politically motivated.

“I can operate only with known facts, and the facts indicate that the eminent athlete was detained with illegal drugs containing narcotics. There are articles in Russian law that provide for punishment for such crimes,” he told reporters. “Only the court can make a decision.”

US officials and countless athletes have called for the release of Griner — or “BG,” as she’s known to basketball fans.

It has been 133 days since our friend, Brittney Griner, was wrongfully detained in Russia. It’s time for her to come home. @White House @potus @vp we pay attention and count on you. #WeAreBG


Some have expressed concern that Moscow could use the two-time Olympic gold medalist to negotiate the release of a high-profile Russian into US custody.

Griner, a center for the Phoenix Mercury, had played for UMMC Ekaterinburg in the Russian Women’s Basketball Premier League to increase her income during the WNBA off-season, as did several other American players.

Some have left the Russian league since Griner’s arrest and Russia’s military intervention in Ukraine.

Griner’s wife, Cherelle Griner, told CNN in an interview on Thursday that she hoped to meet with US President Joe Biden, saying, “I’d like him to tell me he cares.”

The US government has warned citizens not to travel to Russia in light of the “possibility of harassment of US citizens by Russian government security officials”.

US Secretary of State Antony Blinken said last week there was “no higher priority” than bringing home Griner and other Americans “illegally detained” abroad.