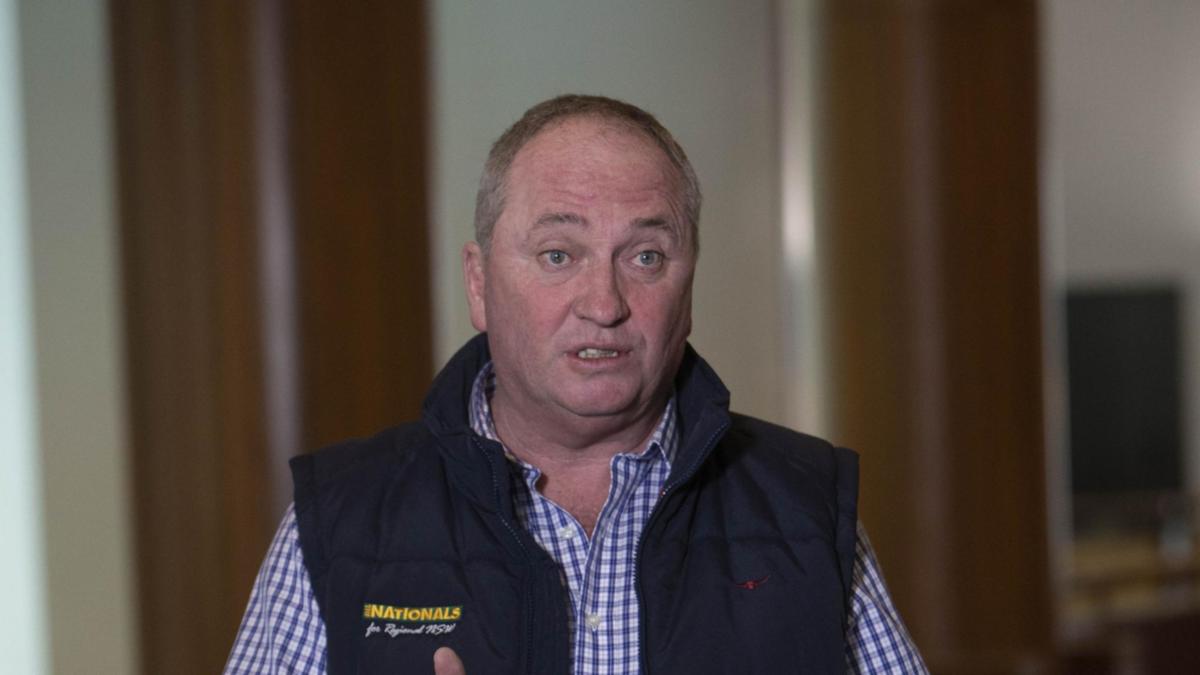 The ‘dangerous’ stunt in China’s skies that threatened the safety of nine Australian servicemen could have had disastrous consequences, says Barnaby Joyce.

The coalition spokesman for Veterans Affairs issued the stark warning, as China’s position on the global stage remains at odds.

The Chinese military fighter jet flew dangerously close to a RAAF plane over the South China Sea in late May.

The Chinese plane launched flares, cut through the RAAF plane and flew dangerously close to the front of the Australian plane.

In the process, China released small pieces of aluminum, part of which had ended up in the engine of the RAAF P-8 aircraft.

Joyce, who was appointed to the shadow cabinet this weekend, said the current circumstances are alarming.

“Having the opportunity to care for the people who care for our nation is so important, especially in light of the circumstances we are seeing now,” he told Channel 7.

“Had that P-8 with essentially aluminum char in it been put in from a Chinese fighter jet… If it had crashed there would now be nine dead Australian servicemen and women and this conversation would not take place because things are taking an incredible turn for the worse.

“I’ve always said that we have to be as strong as possible as soon as possible.”

Prime Minister Anthony Albanese, who is currently in Indonesia, said he was “concerned about the incident”.

NDIS and Government Secretary Bill Shorten said Monday morning that Mr. Albanian and Secretary of State Penny Wong were doing everything they could to ensure the region remained safe.

“The RAAF crew is very professional and they have kept themselves and their aircraft safe. But it reminds us of the important work that… everyone in our region is doing to make sure China gets the message that Australia is aware.

“China says they want to get along better with Australia and then they make hasty and provocative gestures.

“As our government has said, we will not step back to uphold our rights internationally.

“We’re doing just the right thing… pushing back and saying ‘this isn’t on’.”

“We have protested to the Chinese government, but we will not stop ourselves from participating in the activities to which we are entitled under international law in the future,” he said.

He also accused China of violating the UN Convention on the Law of the Sea.