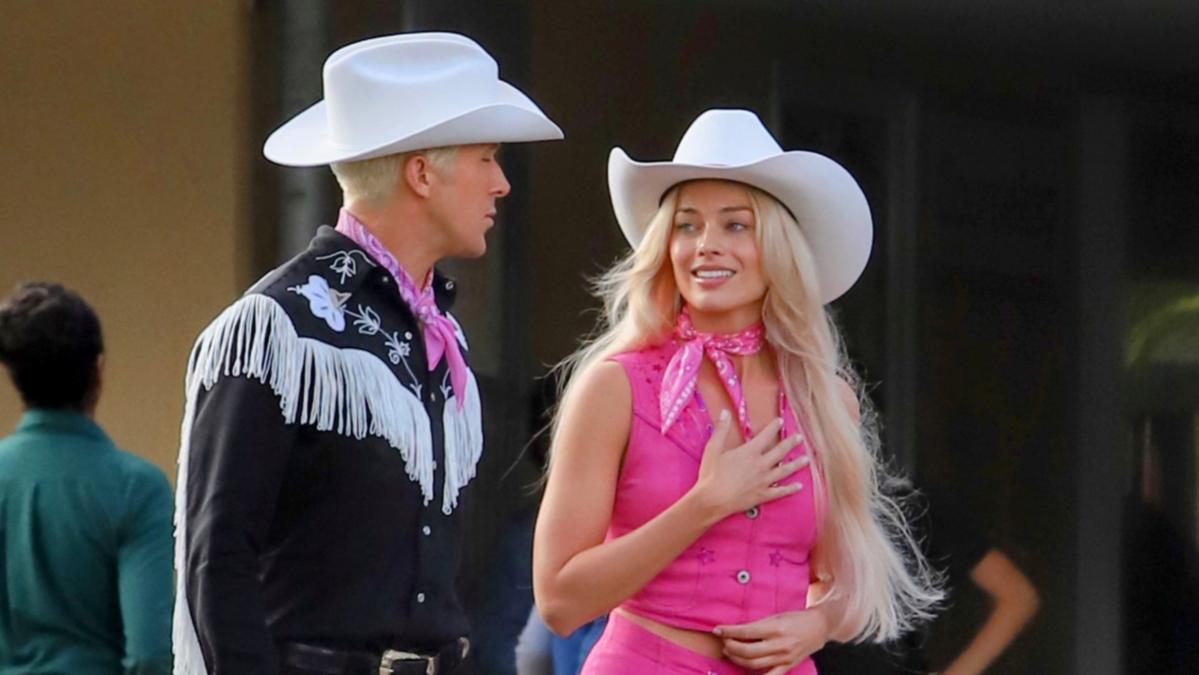 Australian actor Margot Robbie has been spotted in new photos dressed in the character of Barbie as the filming of the highly anticipated live-action movie continues.

The 31-year-old was pictured in Los Angeles leaving her trailer on set in bright pink flared pants and crop with star embellishments and an iced coffee in hand.

The Wolf of Wall Street actor stars alongside Ryan Gosling as Ken, who has yet to be pictured on set.

Little Women and Ladybird filmmaker Gerwig will direct the project and co-wrote the script with American filmmaker Noah Baumbach.

Warner Bros previously revealed that the film will be released in the US on July 21, 2023, while Australia awaits a confirmed release date.

The Australian sweetheart was set to star in January 2019, after comic book actor Amy Schumer reportedly pulled out of the lead role due to “creative differences”.

“In the brand’s nearly 60 years of existence, Barbie has enabled children to imagine themselves in ambitious roles from princess to president,” Robbie said in a statement at the time.

“I am so honored to take on this role and produce a film that I believe will have a hugely positive impact on children and audiences around the world.”

“A doll living in “Barbieland” is expelled from school for not being perfect enough and embarks on an adventure in the real world. A live-action feature film based on the popular line of Barbie toys,” reads a synopsis on IMDB.

Robbie spoke to The Hollywood Reporter in 2020 about landing the titular role.

“Something like Barbie where the IP, the name itself, people have an instant idea of, ‘Oh Margot plays Barbie, I know what that is,'” she said.

“But our goal is to say, ‘Whatever you think, we’re going to give you something completely different — the thing you didn’t know you wanted.”