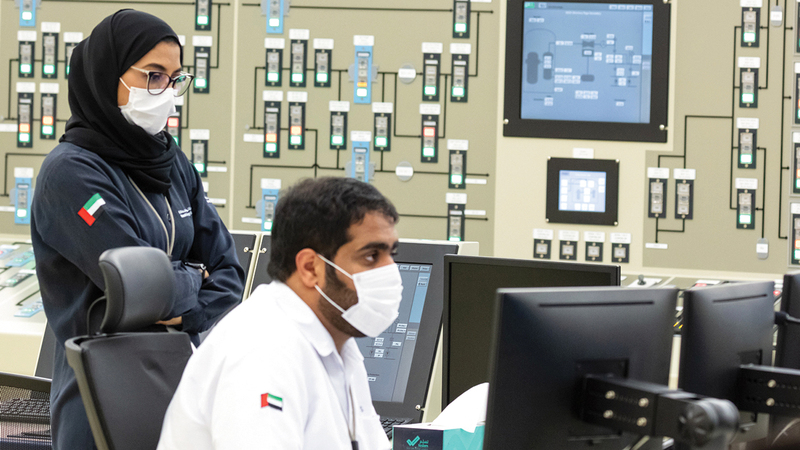 Significant historical and strategic achievements in the course of the UAE’s Peaceful Nuclear Energy Programme, since its launch in 2008, have made the UAE the first in the Arab world to initiate a peaceful multi-station nuclear energy project, and have global leadership in terms of its distinguished efforts to address the phenomenon of climate change, in preparation for achieving climate neutrality by 2050.

Since its inception by a decree issued by the late Sheikh Khalifa bin Zayed Al Nahyan, may God have mercy on him, in December 2009, the Emirates Nuclear Energy Corporation has been keen to implement the rationale leadership’s guidelines to develop a peaceful nuclear energy . program in accordance with local regulatory requirements and the highest international standards regarding safety, security, quality, transparency and nuclear non-proliferation.

In just about a decade, the Emirates Nuclear Energy Corporation and its subsidiaries have achieved exceptional performance leading to a qualitative leap forward in the UAE energy sector and the economy in general, helping to accelerate the reduction of its carbon footprint of the energy sector and thereby reducing CO2 emissions, in addition to making a significant contribution to achieving the goals of the UAE Strategic Initiative for Climate Neutrality 2050.

The late Sheikh Khalifa bin Zayed Al Nahyan, may God have mercy on him, was eager to support the human cadre working in the Barakah region, where more than 2,000 Emirates have participated in the Barakah Project, which has a human base over the past decade. formed of national competences in nuclear energy which is an important pillar To launch in the future.

Last year, the first of Barakah’s peaceful nuclear power plants in the Al Dhafra region of the Emirate of Abu Dhabi began commercial operation, producing up to 1,400 megawatts of carbon-free electricity and reducing more than five million tons of these emissions, in a historic feat the UAE saw. became the first in the Arab world to produce electricity using nuclear energy technology, and after less than 12 months, that is, in March 2022, the second station in Barakah also started commercial operation to reduce the amount of environmentally friendly electricity produced by Barakah and also doubles the volume of carbon emissions it reduces. For example, the Emirates Nuclear Energy Corporation has traveled more than half the distance to reach its goal of producing up to 5,600 megawatts of environmentally friendly electricity, which is 25% of the country’s electricity needs.

The role of the UAE’s Peaceful Nuclear Energy Program and Barakah’s Factories goes beyond the cornerstone of the program and provides environmentally friendly electricity as it contributes to the development of new industrial sectors and a local supply chain based on international standards , in addition to the main role of developing a leading scientific base of Emirati competences specialized in this technological sector, which according to the guidelines of the wise leadership is considered one of the most important resources of the country.