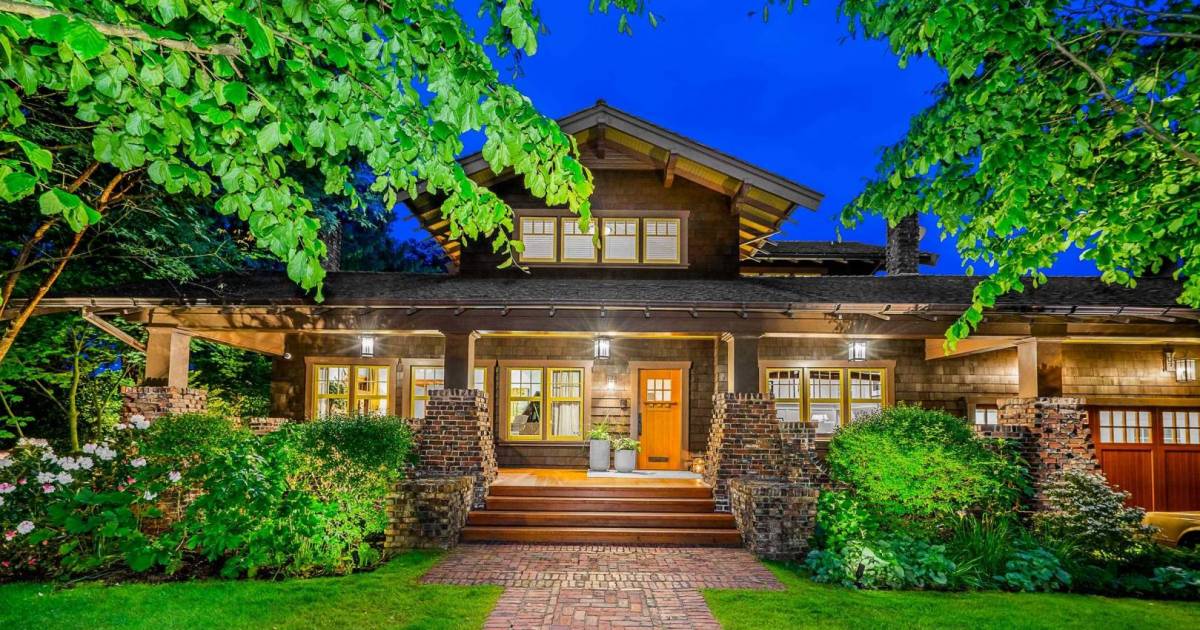 The Bank of Canada says it is too early to talk about a sharp correction in house prices.

And now that sales are starting to cool down, one of the things worth looking at is how investors are going to behave.

How deeply prices can fall may depend in part on how these Canadian real estate buyers will react to rising interest rates and other market conditions.

As the central bank stated in a recent report, investors can “strengthen house price cycles.”

Are investors heading for the exits in the face of falling prices?

“A sudden reversal of the influx of residential investors seen during the pandemic could amplify downward pressure on prices,” the BoC said.

The June 9 report from the central bank dealt with the broader topic of the general state of the country’s financial system.

In it, the bank identified six key vulnerabilities, two of which relate to household debt and house prices.

A discussion of housing investors was part of these two vulnerabilities.

“The proportion of Canadians buying homes as investment properties grew in 2021,” the central bank noted.

The BoC defines investors as “existing mortgage holders getting an additional mortgage to purchase a property”.

They can “play an important role in the housing market if they make their homes available to tenants for a long time”.

In the fourth quarter of 2021, investors accounted for more than 22 percent of purchases with mortgage.

“In 2021, they were making purchases at a faster rate than first-time buyers or returning home buyers,” the bank said.

This entails additional risks on the housing market.

“The increased presence of investors in the real estate market may increase the vulnerability associated with increased house prices,” the BoC noted.

When the Canadian housing market does not perform well, the increased presence of investors poses an additional risk.

“If prices are stable or falling or mortgage payments rise, it becomes less attractive to hold real estate as an investment. The incentive to sell may be greater for investors who are at risk of negative equity exposure on one or more properties, known as ‘underwater’.”

However, they “tend to have higher loan-to-income ratios, once all the mortgages they hold are accounted for, and higher debt servicing costs”.

“If an income shock occurs — be it a drop in employment or rental income because, for example, some tenants become unemployed — highly leveraged investors may need to sell one or more of their properties to get back some liquid assets.” explains the central bank.

It continued: “While investors may not be viewed as financially vulnerable as investor-less households, given the amount of equity they have held in real estate, investors could amplify the effect of an economic slowdown through downward pressure on housing demand and increase prices.”

This came in light of a rapidly cooling market caused by rising interest rates that have dampened sales.

However, the price index managed to rise 23.8 percent year-on-year in April.

The annual price increase occurred even though the number of transactions in April 2022 was 25.7 percent lower than the turnover in the same month last year.

A massive drop in home prices shouldn’t cause major losses for old homeowners who have built up massive equity.

However, a rapid downturn in the Canadian housing market could affect those who have bought lately.

“While the surge in house prices over the past year has resulted in significant capital gains for many households, those who entered the housing market in the past year or so would be more exposed in the event of a significant price correction,” the BoC said. . stated.

Does the Canadian housing market see the start of a sharp price correction?

“It is too early to say whether the recently observed decline in resale activity and prices will be temporary or the beginning of a deeper, lasting decline,” the central bank said.

The BoC has raised interest rates three times so far this year.

It has indicated that further increases are needed to contain inflation.

Interest rates are expected to be raised to 2.75 in October this year.

In its report, the bank said it “pays particular attention to the fact that a larger number of Canadian households have high mortgage debt”.

“These households are more vulnerable to falling incomes and rising interest rates,” the bank noted.

As for the overall health of the country’s financial system, the BoC is not concerned.

It stated: “The Canadian financial system has proved resilient during the COVID-19 pandemic and corporate and household balance sheets are generally in good shape.”