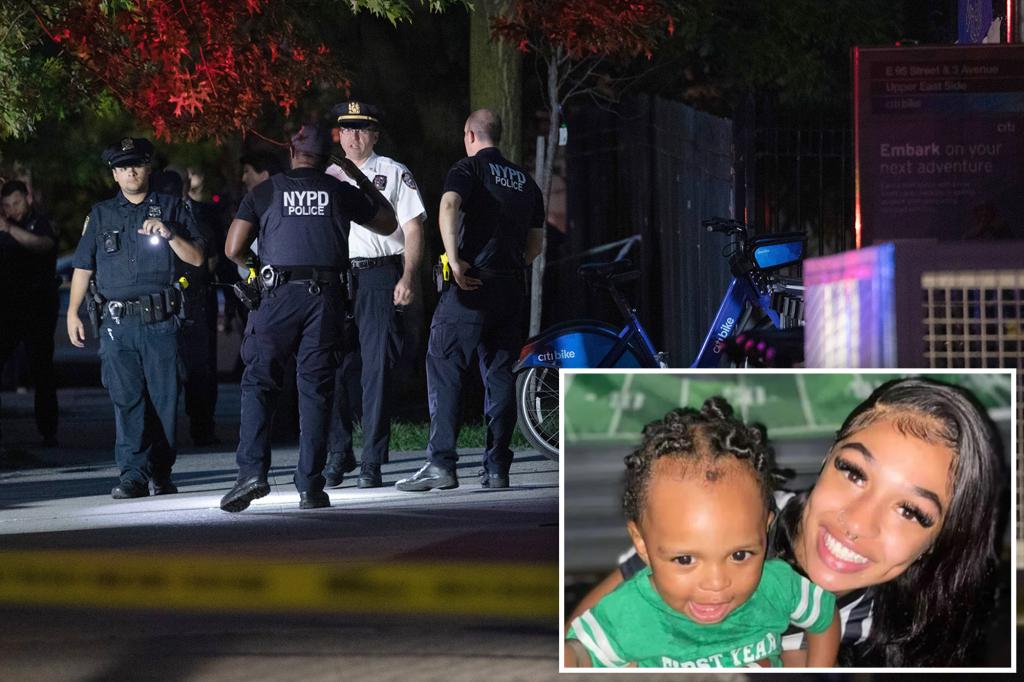 The ex-boyfriend of the 20-year-old woman who was fatally shot while walking her 3-month-old baby in a stroller on the Upper East Side has been taken into custody, according to police sources.

The 24-year-old man, who is being tracked down by police as a person of interest in the murder of Azsia Johnson, was taken to Manhattan’s 19 Precinct Friday night, sources said.

No charges have been announced.

The ex-boyfriend was on the radar of the police over allegations that he has abused and “stalked” Johnson in the past, according to sources and family members.

Johnson was on her way to meet her ex when she was shot in the head at close range Wednesday night near Lexington Avenue and East 95th Street, law enforcement sources said.

The tragic young woman reported to police on New Year’s Day that her ex had assaulted her at his home in Jamaica, Queens, while she was six months pregnant with his child, according to her mother, Lisa Desort, and police sources.

Desort told The Post that she’s been waiting desperately to hear that her daughter’s killer has been arrested, saying she’d feel “a little bit safer” once he’s in custody.

When reached by phone Friday night, Desort said she was still waiting for confirmation of the arrest from police.

“If he is arrested, my baby has been given a little justice,” Desort said Friday.

“It won’t bring my daughter back and won’t change the fact that Queens Police didn’t protect her, but I’ll deal with that another day.”

Neighbors told The Post that Johnson lived with her daughter at a domestic violence shelter in East Harlem.

She had recently started selling her personal belongings to pay for a home, a neighbor said.