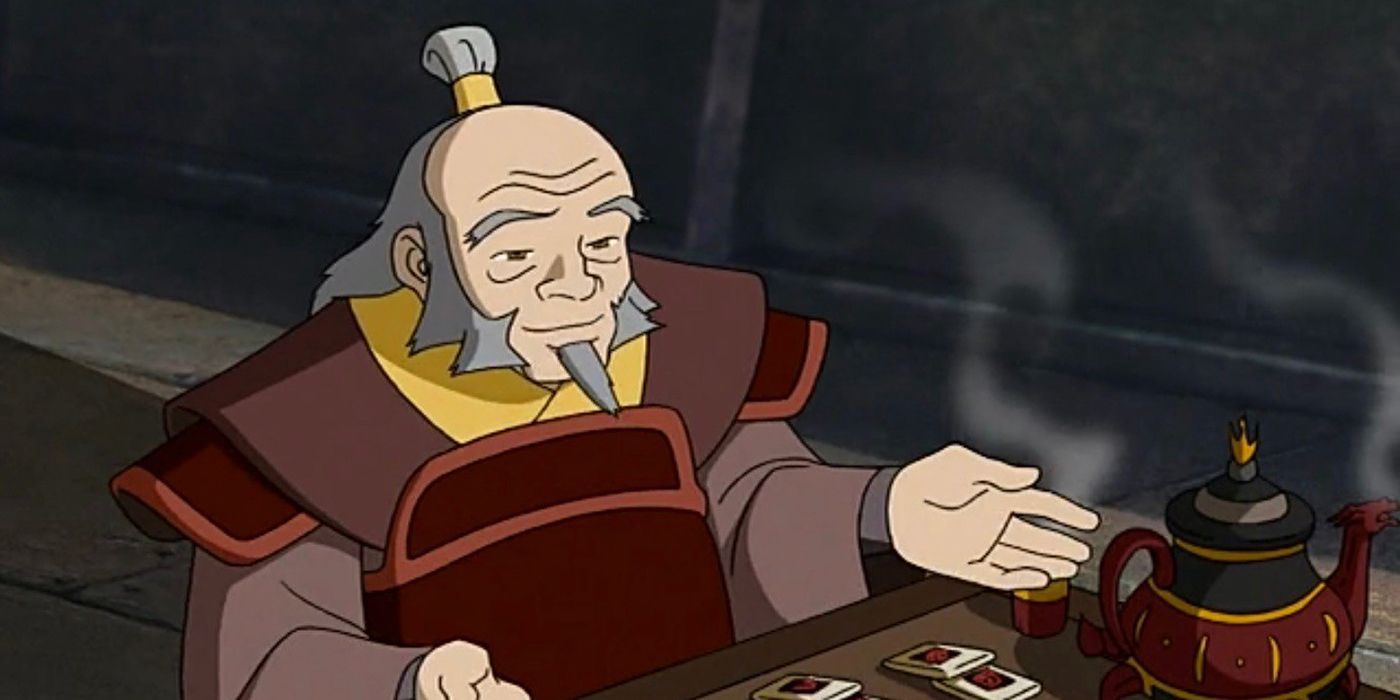 Looks like Uncle Iroh from… Avatar: The Last Airbender participates in more than just tea.

Greg Baldwin, who took over the voice of Iroh in Season 3 of Avatarshared a piece of fan art, drawn by artist Jason Lillard, depicting the beloved Avatar character in a pose from season 1’s “The Waterbending Scroll.” However, instead of a Pai Sho token from White Lotus, the character is holding a hand-rolled joint. Baldwin called this version “Uncle Highroh” and boldly added a riff to Iroh’s quote from the season 2 episode, “The Chase”. Baldwin tweeted, “Sharing weed with a fascinating stranger is one of life’s true joys.”

First voiced by Makoto Iwamatsu (i.e. Mako) from seasons 1 to 2, Iroh served as a mentor to Prince Zuko after his cousin was banished from the Fire Nation. While he was first depicted as a laid-back, tea-loving old man, Avatar: The Last Airbender gradually he revealed more details about Iroh’s past, from his career as a decorated war general to the death of his son, leading Iroh to seek a new path of enlightenment. After Mako died of lung cancer in 2006, Baldwin acted as Iroh’s voice for Avatarthe third and final season.

Baldwin takes over from Uncle Iroh

After Avatar ended, Baldwin reprized his role for the franchise’s sequel series, The Legend of Korra, which reveals that Iroh is currently residing in the spirit world. He also took over as the voice of samurai jack villain Aku – similarly voiced by Mako from 2001 to 2004 – for his final season on Swimming for adults. The series later got a sequel to the 2020 video game called Samurai Jack: Battle Through Timewith Baldwin, Phil LaMarr and others samurai jack cast members returning to engage in dialogue.

At the San Diego Comic-Con International in 2022, production company Avatar Studios confirmed that it is working on a sequel to Avatar: The Last Airbenderalthough no information has been provided as to whether the original Avatar voice cast will be brought back. Both Avatar Aang and Korra’s storylines have continued in several graphic novels, with a solo comic about longtime antagonist Azula due out in the summer of 2023. Other non-comedic novels have focused on Aang’s Avatar predecessors, including the two Avatar Kyoshi books The Rise of Kyoshi and The Shadow of Kyoshilike this year’s The dawn of Yangchen.

Avatar: The Last Airbender is currently streaming on Netflix and Paramount+.