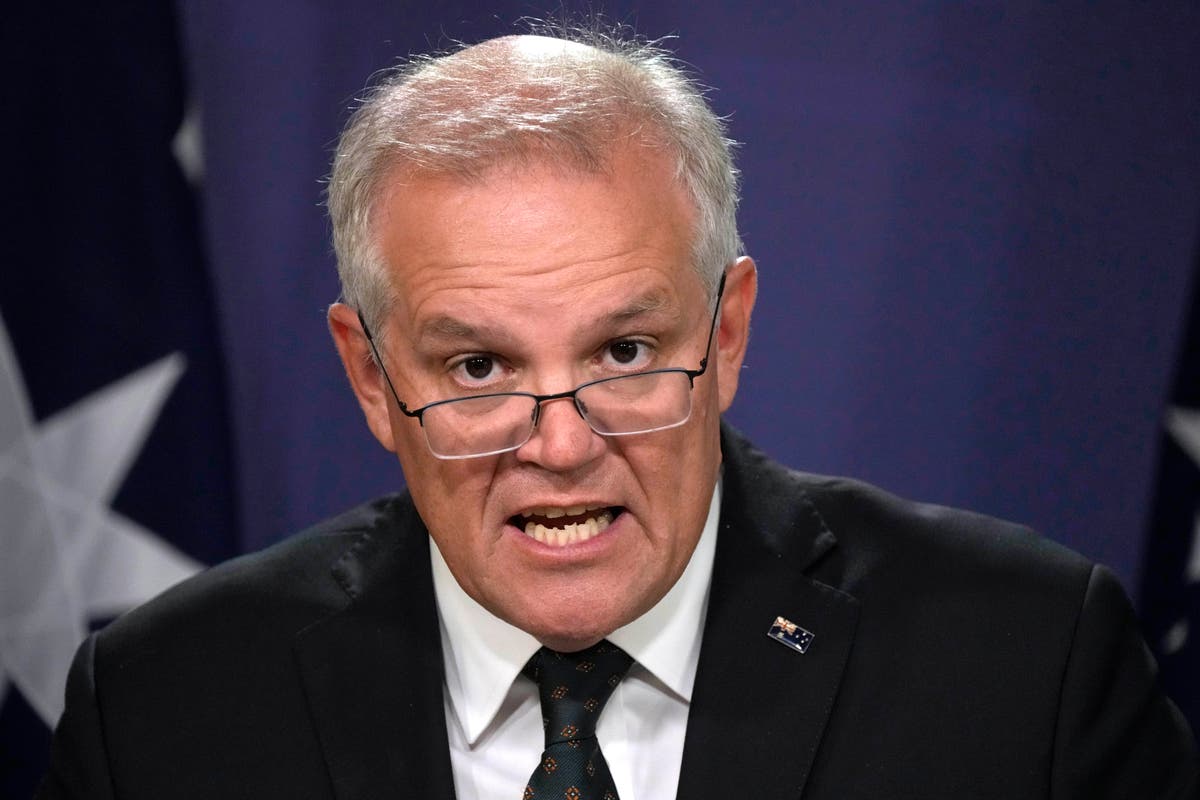 Australian Prime Minister Scott Morrison has been heavily criticized for saying he is “blessed” for not having children with disabilities.

When a parent asked him about the cuts to the National Disability Insurance Scheme Wednesday night, he said, “Jenny and I are blessed. We have two kids who didn’t have to go through that.”

“And so for parents, with children who are disabled, I can only try to understand your aspirations for those children,” he added. “And then I think that’s the beauty of national disability insurance.”

His comments sparked an immediate response from Labor MPs and disability advocates.

Morrison, however, claimed on Thursday that his words were “twisted”.

During a debate with Labor leader Anthony Albanese, the parent, who was identified as Catherine Yeoman, asked Mr Morrison about funding for a disability support scheme.

She said: “I have been told that in order to give my son the best future, I must vote for Labour. Can you please tell me what the future of the [National Disability Insurance Scheme] looks like under your government?”

The prime minister added that the scheme helped people live their “best possible lives”, while adding that there were still “mistakes” to be addressed.

In a sharp response to his response, Labor Senator Katy Gallagher, who has an autistic daughter, said that “my daughter certainly enriches my life and that of my partner every day” and that Mr Morrison’s response was “the kind of response that they always get”.

She told Channel 7: “I found it really insulting and quite shocking.”

On Thursday, Mr Morrison said he did not think Ms Yeoman found his words offensive or hurtful.

“Catherine certainly didn’t make it clear to me that she took it that way,” he said.

However, Ms Yeoman said: Brisbane Times that “every child is a blessing” and that “it was a bad choice of words”.

Mr Alcott said: “I woke up this morning and felt blessed to be disabled – I think my parents are very happy about it too.”

“It doesn’t help to feel sorry for us and our families. Treating us equally and giving us choice and control over our own lives is that,” he added.

On Thursday, Mr Morrison said he never intended to mean that not all children are a blessing.

He said: “I had a conversation with Dylan Alcott today about those issues. I don’t want this comment to overshadow the intent of the original question.”

Former Australian of the Year Grace Tame had also previously said that “autism blesses those of us who have the ability to spot fakes from a mile away”.

The prime minister had tried to defend himself on Thursday, saying his comment was “in good faith”.

“But I was just trying to say… I didn’t walk in your shoes, Catherine. I’m not going to pretend to say I understand as well as you do.’

Meanwhile, Liberal Senator Hollie Hughes, who has a son with autism, criticized Mr Morrison’s opponents for “politicizing” the issue and missing the point.