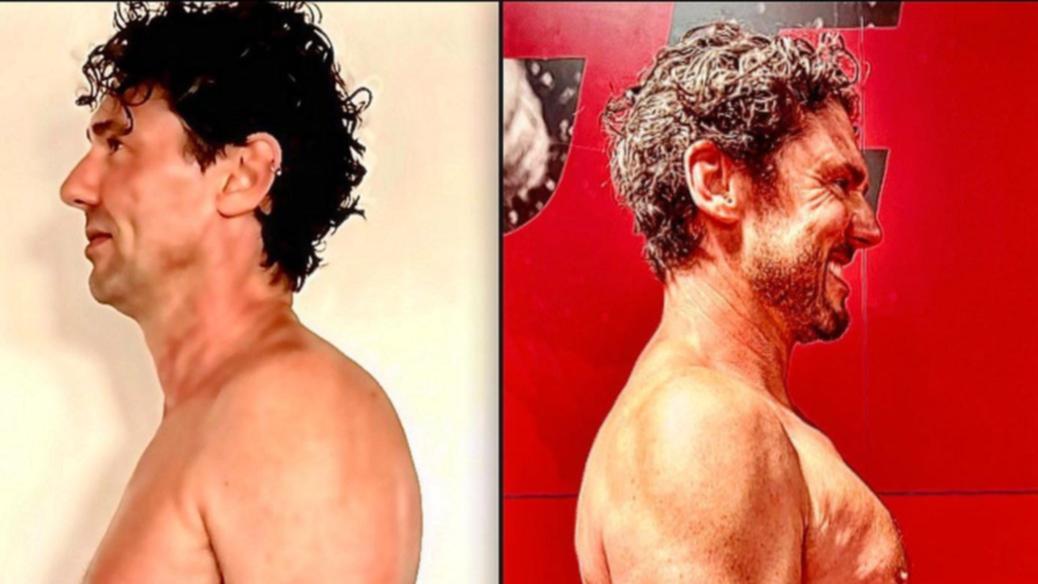 Celebrity chef Colin Fassnidge has unveiled his six-month body transformation and revealed how he got the results.

The Irish-Australian TV star admitted that he found taking the “before” photo “pretty embarrassing” to “look at it” and shared that he has “a lot more (work) to do”.

“So when I started training with @adam.eddine1 he made me take a picture on day one (which I found quite embarrassing to look at),” the caption posted Sunday night along with the side-by-side image showing the comparison seeing began.

“Now that we’re six months in and on the road filming a lot, we’ve still found time for our weekly Colin bashing 🥊.

“You meet a few people in life who really help and motivate you, Adam is one of those people 🙏,” he said of his trainer.

Fassnidge, 48, added that he had “a lot more” work to do, referring to his “beer belly”.

“So you know who to reach out to for results 🥊🙏,” his caption ended.

The media personality received praise from his friends and fans for the work he has done on his health.

‘I have to go to the gym. First, I have to stop eating chocolate cake… you look amazing, Colin,” said TV host Peter Everett.

‘You’ll be in those Budgy Smugglers on Bondi Beach this summer. Now there is a vision. Merry Christmas to you and the family. Pete ❤️”

One follower wrote: “Well done! That is quite a transformation and it is not easy to maintain a routine along the way 👏👏👏.”

Fassnidge was “filming on the go” for his Kitchen Nightmares series, which can be seen on 7plus.

The chef had to take on the role of his former boss Gordon Ramsay, who ran the famous British and American versions of the hit show.

“Everyone asks, ‘Are you the new Gordon?’ But I’ve spent 50 years trying to figure out who Colin is — I don’t really have to try to be someone else,” Fassnidge told 7Entertainment ahead of the show’s October release.

“I think we still have to be tough, but a bit nicer.

“So we don’t want to do all that yelling and screaming, there’s a little bit of tough love – don’t get me wrong, that’s what the show is about and some people really need it.

“But I think there’s a nicer hue to it.”