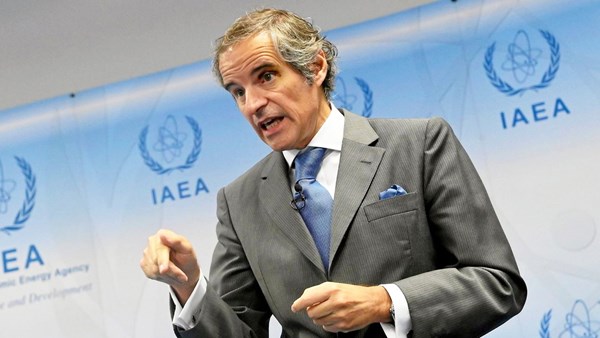 Yesterday, the International Atomic Energy Agency condemned Iran’s decision to “close 27 cameras” to monitor its nuclear activities, and warned that talks on this thorny dossier would fail if the disruption continues.
This measure “of course poses a major challenge to our ability to continue working there,” IAEA Director General Rafael Grossi said at a press conference at IAEA headquarters in Vienna.
Iran yesterday announced the suspension of at least two cameras from the International Atomic Energy Agency to monitor its nuclear activities, after the agency’s board of governors passed a resolution criticizing the country for its lack of cooperation.
These are the first criticisms of Iran since June 2020 and were approved yesterday by 30 members of the Agency’s board of directors.
The decision came after the Vienna-based International Atomic Energy Agency raised concerns about traces of enriched uranium previously found at three sites where Tehran has not declared nuclear activities.
Washington, through its Secretary of State, Anthony Blinken, warned of a “worsening nuclear crisis” and “increasing economic and political isolation from Iran”.