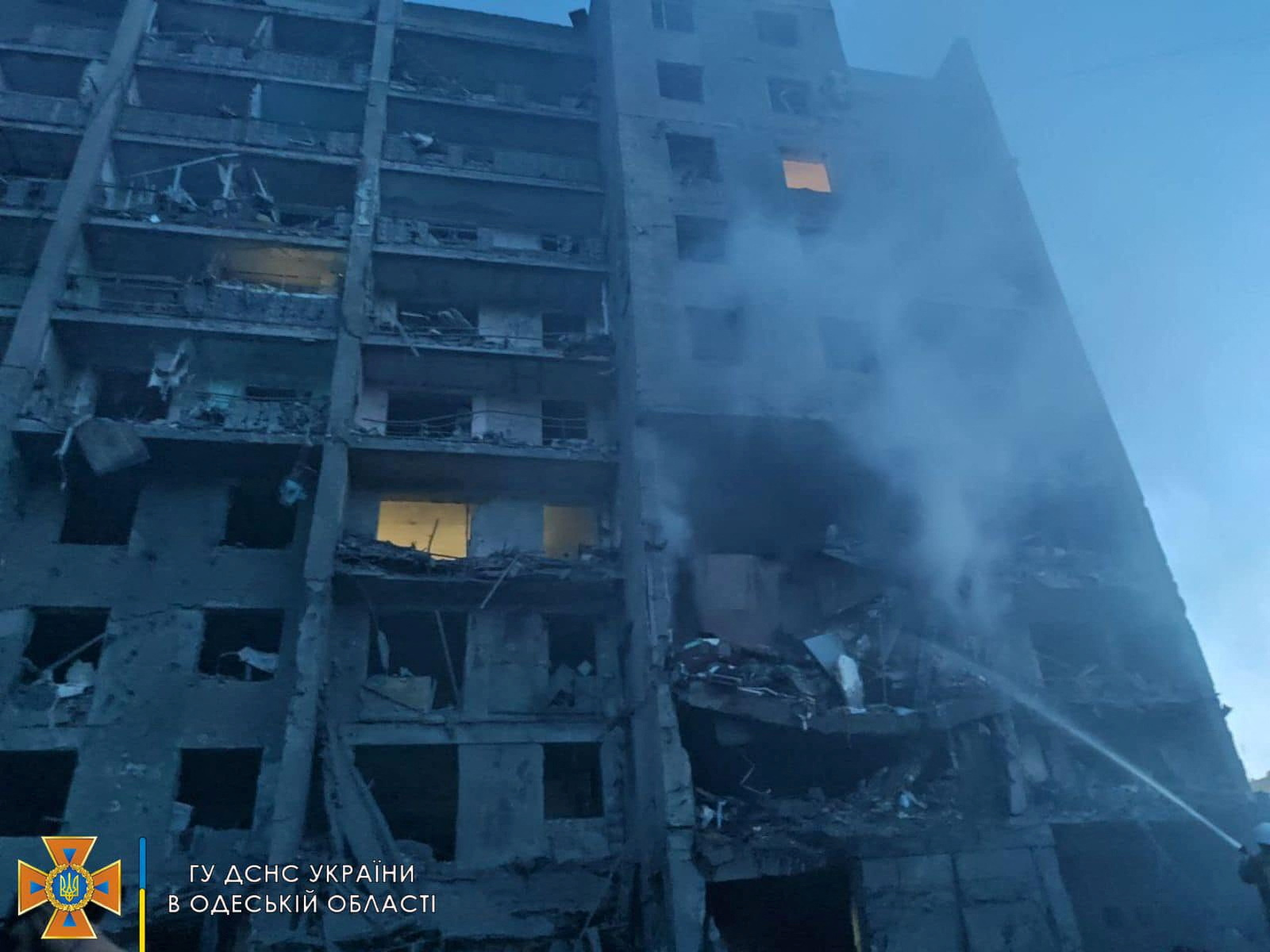 At least 18 people were killed, including two children, when three Russian missiles hit a nine-storey residential building and recreation center in the village of Sergiivka in the southern region of Odessa on Friday, Ukrainian authorities said.

According to the deputy chief of staff to the Ukrainian president, Kyrylo Tymoshenko, another 30 people were injured in the strikes.

Authorities said the numbers are likely to rise as search and rescue operations continue.

The Southern Command of the Ukrainian Armed Forces said the buildings were hit by Kh-22 air-to-surface anti-ship missiles launched from Tu-22 strategic bombers flying over the Black Sea.

This is the same type of ammunition used by Russian forces in an attack that struck a shopping center in Kremenchuk, central Ukraine on Monday, killing at least 18.