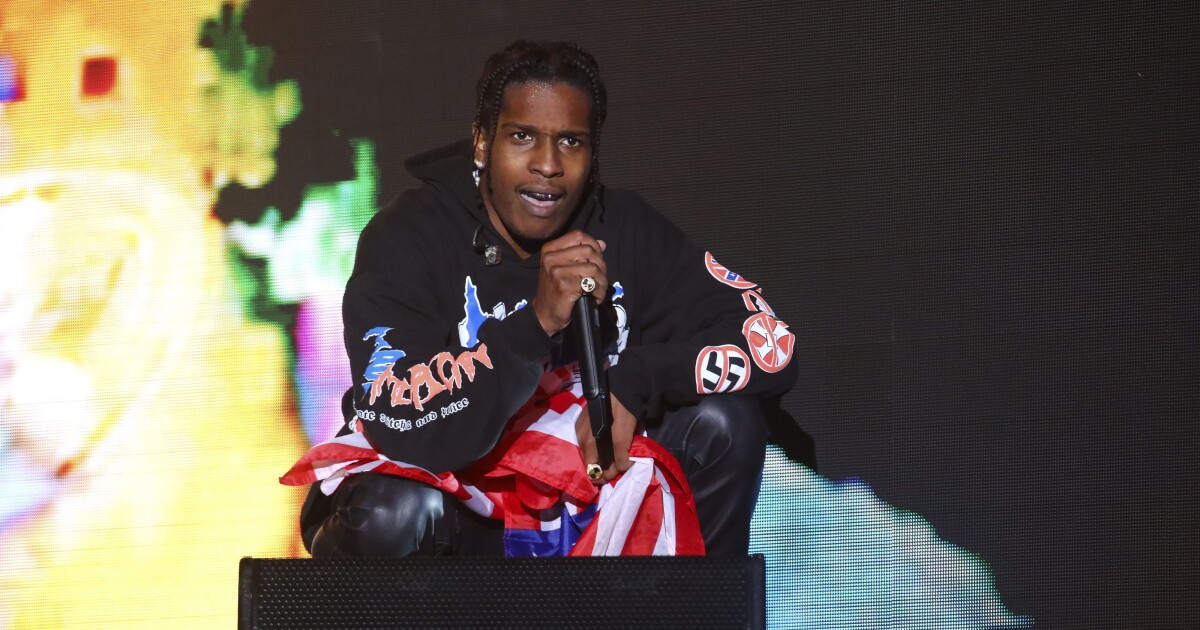 Rapper ASAP Rocky was detained in LAX on Wednesday on his way back from Barbados, where he was vacationing with singer Rihanna, his girlfriend who is pregnant with the couple’s first child, a law enforcement source with knowledge of the case told The Times.

The 33-year-old “Fashion Killa” rapper was arriving on a private jet when he was arrested by officers from the Los Angeles Police Department and the U.S. Immigration and Customs Service, NBC News reported.

Rocky, whose real name is Rakim Mayers, is under investigation by the LAPD in connection with a Nov. 6 shooting in Hollywood, near Vista Del Mar and Selma Avenue. The shooting took place around 10:20 p.m. and the victim, who survived, told police Mayers and two others approached him with a gun as they walked down the street.

The victim claimed Mayers shot him three to four times and a bullet grazed his left hand, the police report said.

According to TMZ, Mayers was met at his terminal by law enforcement officers on Wednesday and taken away in handcuffs. He was arrested on suspicion of assault with a deadly weapon, the site said.

A representative of the rapper did not immediately respond to The Times’ request for comment on Wednesday.