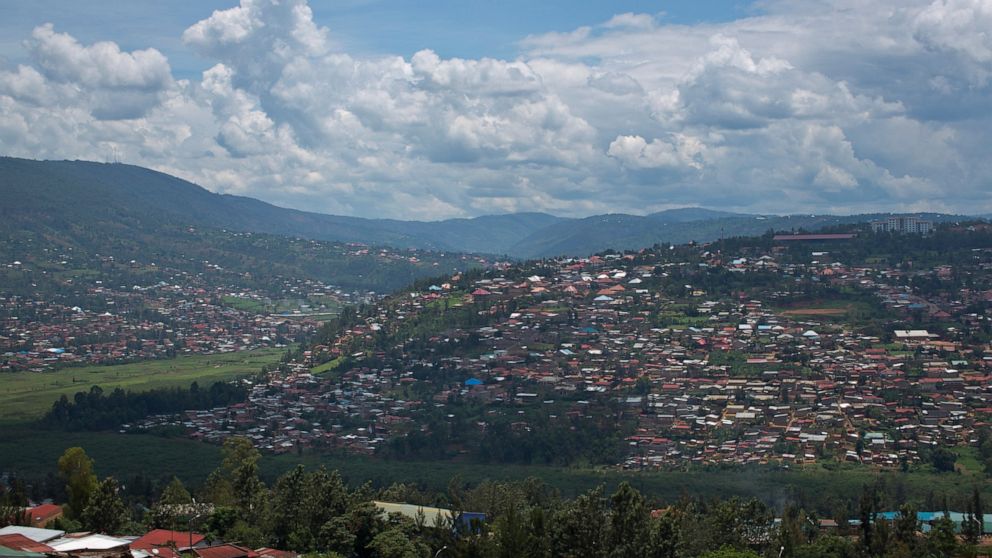 KIGALI, Rwanda – With fresh coats of paint and streets swept clean, Rwanda’s capital prepares for the Commonwealth Heads of Government Summit, which will bring together leaders from the 54-nation group of mostly former British colonies, the relevance of which is sometimes questioned.

President Paul Kagame will host Prince Charles, British Prime Minister Boris Johnson and numerous world leaders at a glittering summit, taking place between June 20 and 25, which he hopes will enhance the reputation of this East African country.

The summit is an opportunity to highlight Rwanda’s stability and relative prosperity under Kagame’s rule. It will also draw attention to Rwanda’s much-criticized deal with Britain to deport asylum seekers from the UK to Rwanda. Legal challenges halted a flight that would have taken the first group just days before the summit.

The Commonwealth is a bloc of many developing countries, but also includes richer countries such as Singapore and Australia. Members range from established democracies like Canada to more authoritarian ones like Rwanda itself.

According to Human Rights Watch, homeless people and sex workers were recently removed from the streets of Kigali when the government detained them before the summit.

Apart from their colonial past, what do Commonwealth countries have in common? Where is the bloc’s voice in international affairs? And how does Africa, a continent of 1.3 billion people, benefit from this?

Climate change, and how to rebuild the global economy, faced with the impact of the COVID-19 pandemic and the war in Ukraine, will be high on the summit’s agenda, organizers say. The event will also discuss business, civil society, youth and gender issues.

Rwanda, a former Belgian colony now ruled by an Anglophile leader, aims to show how the country of 13 million people has evolved since the genocide in 1994. It is the sixth African country to host the biannual summit of the United Nations since 1971. Commonwealth. Neighboring Uganda hosted the 2007 summit.

The peaks of the Commonwealth in Africa were remarkable. The 1979 meeting in Zambia helped end the white minority government in Rhodesia, which was majority-ruled in Zimbabwe in 1980. The 1991 Zimbabwe summit saw the Commonwealth ramp up international pressure to end South Africa’s racist apartheid system.

“The Commonwealth is relevant, but the question is for whom? Does the government get political capital out of it? You profile your country, you profile your name,” said Mwambutsya Ndebesa, a political historian at Makerere University in Uganda. “You can derive political legitimacy from hosting such an event.”

That rare opportunity is why countries like Rwanda like to “spend their meager resources” to host the summit, he said.

The Rwandan authorities said they would spend about $10 million on improving infrastructure ahead of the summit, which was initially planned for 2020 but was postponed due to the COVID-19 pandemic. Hotels and restaurants are fully booked, ensuring the summit’s popularity among some Rwandans.

“It comes down to showing what products we Africans have, and visitors will always come back to buy or invest,” said teacher Agnes Nadin. “This is the beauty of CHOGM attracting a large gathering.”

But others who spoke to The Associated Press were less enthusiastic, asking what the Commonwealth means for Africans.

“The underlying motivation of the former master is not good governance in Africa or improving the human rights platform, but seeking influence,” said Dias Nyesiga, a business consultant in Kigali.

The Commonwealth should set up a peer review mechanism of steps each member should take to realize the bloc’s values, including good governance and the protection of human rights, he said.

The Commonwealth would have more influence if it worked boldly to tackle global challenges such as “the consequences of pandemics,” said Eric Ndushabandi, a political science professor at the University of Rwanda.

In particular, the Commonwealth, representing 2.5 billion people, monitors elections between member states and makes recommendations in its reports.

The bloc has suspended member states in response to events deemed contrary to its values. Nigeria was suspended for years after a tough military government executed environmental activist Ken Saro-Wiwa and eight others in 1995.

Zimbabwe left the bloc in 2003 when President Robert Mugabe’s government was criticized for contested elections and confiscations of farms owned by white people. Zimbabwe’s current government is now pushing for takeover, and analysts say President Emmerson Mnangagwa is pushing for greater international legitimacy after taking over from Mugabe in 2017. Zimbabwe remains subject to international sanctions.

“Mnangagwa sees it as politically expedient to rejoin the Commonwealth because, insofar as he has been described as ‘worse than Mugabe’, he wants to be seen as a good citizen of the world,” said Zimbabwean political analyst David Chikwaza. The Commonwealth union is something he believes will reinforce his mantra of renewed commitment.

The Commonwealth is undermining its influence by appearing more of a nostalgic political group than a trading bloc, Chikwaza said.

Commonwealth leaders at a 2018 summit pledged to boost intra-bloc trade to $2 trillion by 2030. But trade between Britain and Commonwealth countries was so low in 2020 that the bloc was only about 9% of the UK’s total trade, exports to the Commonwealth fell by 16% between 2019 and 2020, according to the UK’s Office for National Statistics.

Now that China has become Africa’s main trading partner, the UK’s political influence in its former colonies has diminished. In Zimbabwe’s capital, Harare, a parliament building built by the Chinese on top of the mountain will replace the Victorian chamber.

Edson Sangwa, a Zimbabwean seller of cheap electronics and children’s toys imported from China, quipped, “What is the Commonwealth? We know China!”