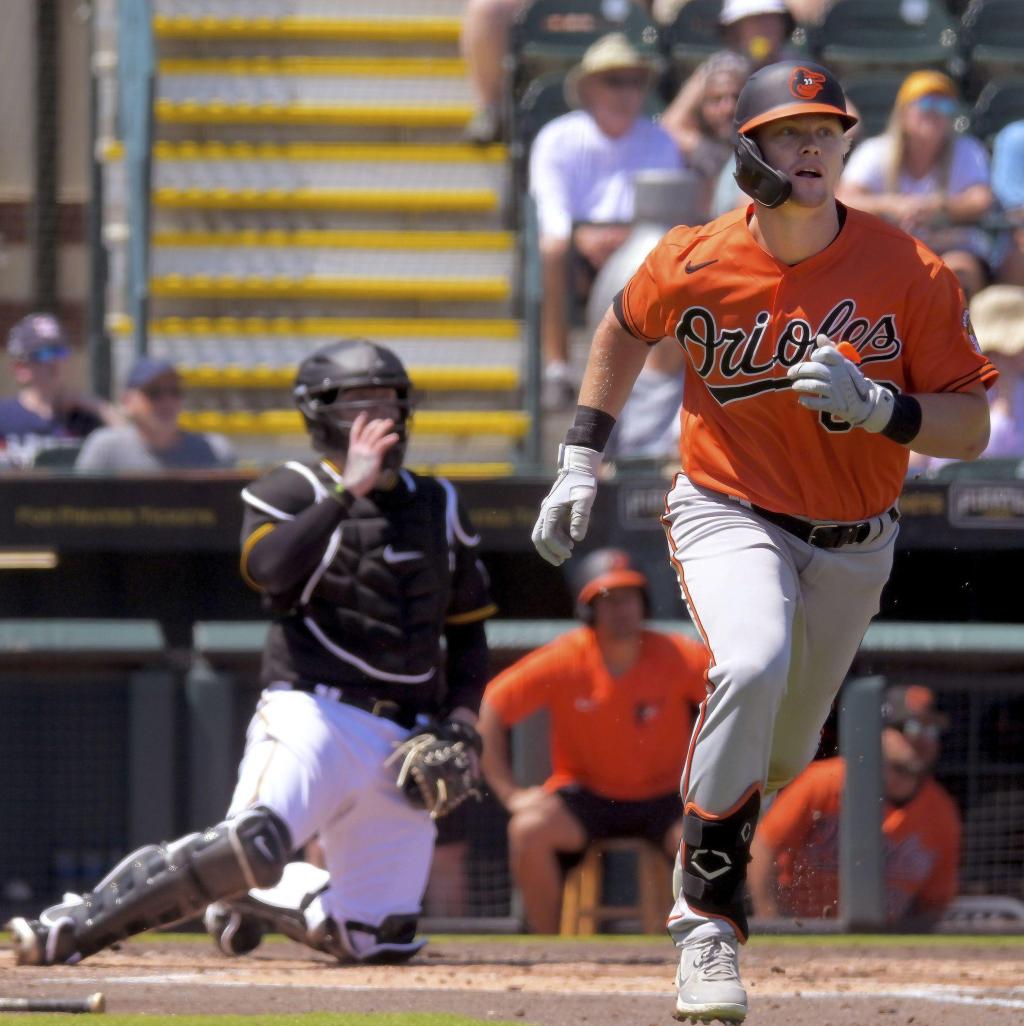 As Kyle Stowers scoured videos looking for an explanation for his rut, he found no cause for concern about his swing. His hand placement was as always, as was his load. But when he turned his attention lower – looking at his legs – he found the answer.

So much of a swing is determined by how the hands and arms move the bat through the zone, the body parts directly associated with making contact with the ball. But when Stowers, hitting coordinator Cody Asche, Triple-A Norfolk manager Buck Britton and Tides hitting coach Tim Gibbons pulled out his old video, they realized that his legs — where the swing all starts — were the main problem.

“It’s a small change,” Stowers said during a video call on Friday. “Nothing too big.”

Except the results were.

As Stowers started to stand more upright and returned to a stance he had used for much of his career, the outfielder took off and earned the International League Player of the Week honors after five home runs with an OPS of 1,767 . It’s part of a wave that will see the 2019 second-round roster knocking on the Orioles’ door — even if there isn’t much room for him in Baltimore yet.

“All I can really do is look at things day by day,” Stowers said. “Keep getting one step closer to the idealized player I see myself becoming one day. And as I get one step closer every day, I’m happy with how the day went.”

Stowers has reversed a slump in which he hit .129 over a 20-game period between mid-April and early May, but the busy Baltimore outfield leaves little obvious place for a promotion.

Cedric Mullins, Austin Hays and Anthony Santander are regulars, although Santander, above the rest, could be an attractive acquisition for a competitive club. Ryan McKenna has reserved a fourth outfielder role, primarily as a defensive substitute or pinch runner.

That’s not a role Stowers would take on; the Orioles want top prospects to get at bats almost every day. So Stowers is on a waiting game for now, trying to figure out where he fits in an outfield full of young talent.

He didn’t let that stop him. During his torrent week for Norfolk, Stowers hit three home runs in one game and batted in 10 RBI’s. This season, his strikeout percentage has fallen to 26%. Last year, he struckout in 38% of his at bats.

More squatting was part of the solution. He felt his bat-to-ball skills improved when he was more compact. He called it “low-hanging fruit,” a patching solution for the propensity to occasionally hunt. But it led to weaker contact, so he returned to his more upright stance to “recover some more athleticism.”

“In the end it wasn’t me and the type of batter I am,” Stowers said. “It was something that eventually came away from who I was as a batter.”

Stowers’ production this season doesn’t come as a shock. The 24-year-old led the Orioles minor leaguers with 27 homeruns last season and played in High-A, Double-A and Triple-A. He shared Baltimore’s Brooks Robinson Minor League Player of the Year Award with top contender Adley Rutschman, the only qualified batter in the system with a higher OPS.

His left-handed bat is also a plus for an Orioles setup without many left-handers. But how you can fit him into that lineup – in the near future and beyond – is more cloudy. An injury or trade may be required to unexpectedly free up a spot.

So in the meantime, Stowers isn’t concerned with the Baltimore outfield prospects.

“I really believe that if I take care of my business and play the best baseball I can play, I’ll be fine,” Stowers said. “That allows me to really, really root for players I’m competing with in theory, even if it doesn’t feel like it to me.”