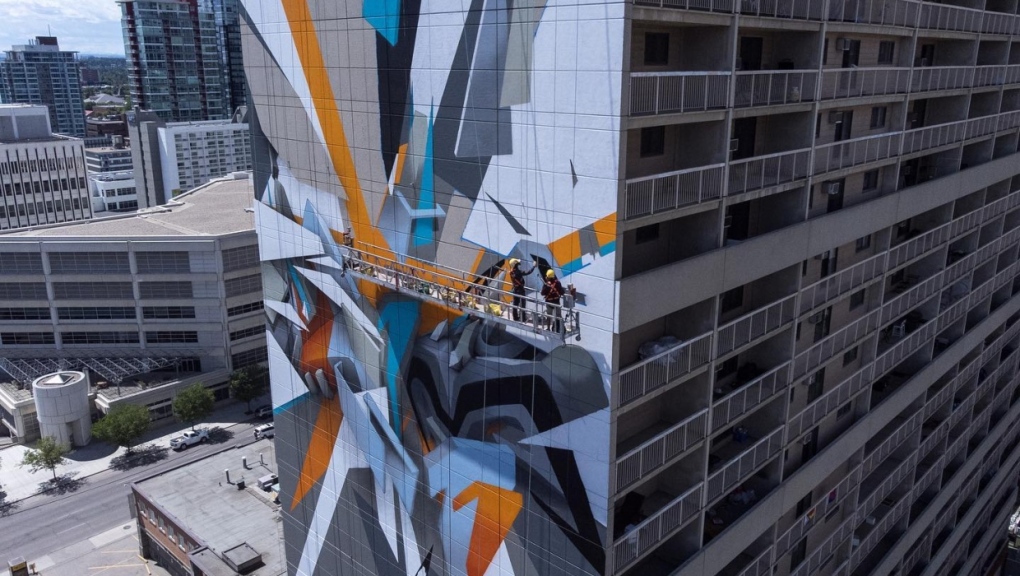 Calgary is now officially home to the world’s tallest mural.

German graffiti artist Mirko Reisser, known as DAIM, used a rocking stage to paint and spray the massive artwork on the eastern side of the First on Tenth building (123 10th Ave. SW) in the Beltline.

The gigantic undertaking was part of the Beltline Urban Murals Project (BUMP) Festival, a community-led, artist-focused event where public spaces are reimagined through art.

Officials took to social media this weekend to announce that the mural was complete.

“Starting today, this mural will become a part of Calgary’s history, representing an exciting artistic future for this city,” BUMP Festival tweeted on June 25.

The mural is about 95 meters high.

Reisser, whose career began on the streets of Hamburg, Germany in the 1980s, previously said he completed the world’s tallest graffiti project 27 years ago, but it was only 28 meters high.

“So this is about three times higher,” he said.