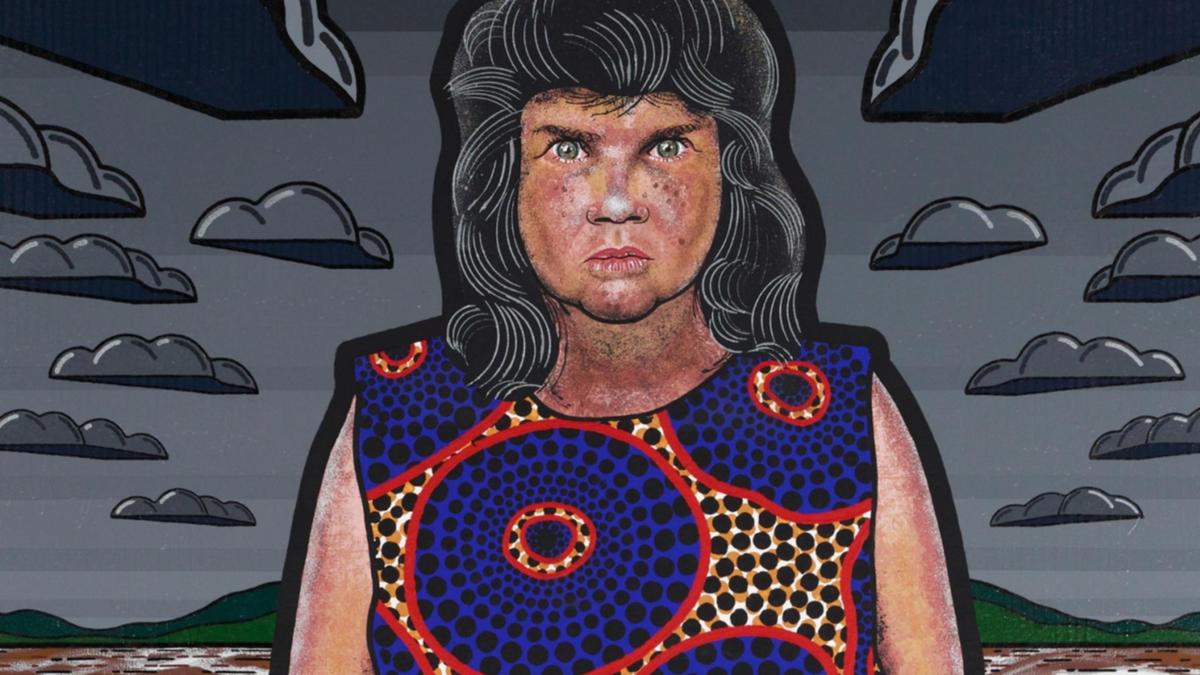 Sydney-based artist Blak Douglas has won the Archibald Prize for his portrait of Wiradjuri woman Karla Dickens in the Lismore floods, becoming only the second Indigenous person to take home the coveted prize.

Douglas, who has Dhungatti’s legacy, was awarded $100,000 for his piece titled Moby Dickens – the first time a portrait of an Aboriginal woman has won the award.

“Coincidentally, I was there right after the first deluge in January in Lismore and saw the shock and horror on the people’s faces.

“Karla had just reached a pivotal point in her career…while normally she should have been excited about where her career was going, she hosted three families in Lismore as part of her own rescue mission.”

The five-time Archibald Prize finalist had the largest painting measuring 3 by 2 meters, and the title refers to Herman Melville’s 1851 novel Moby Dick.

“Karla is Moby – a strong, valued figure who is being chased by foreign fighters,” Douglas said.

Fourteen clouds in the painting represent the number of days and nights the first deluge lasted, and Douglas said the story of Noah’s ark came to mind.

Born Adam Hill, he said all of his portraits made up for lost ground “in failure to remember First Nations people.”

“In the past, I’ve considered every Archibald Prize entry a memorial to that person and that’s why I only paint First Nations people,” he said.

Dickens said she was “over the moon” for her dear friend and “brother in the arts”.

“Moby Dickens is a grumpy white sperm whale in muddy water, ready to jerk off any fool with a harpoon that dares to get too close,” she said.

“Not only does his painting bear an incredible resemblance to me and my state of mind of the past three months, but this amazing work is a tribute to every person who has found themselves knee-deep in mud physically, emotionally, mentally and financially after the natural disaster that has destroyed so many lives in the northern rivers of NSW and beyond.”

Western Aranda artist Vincent Namatjira (2020) is the only other Aboriginal to have won the Archibald Prize in its 101-year history.

Nicholas Harding won the Wynne Prize for his landscape painting Eora, a confluence of the landscape around the Narrabeen Lakes on Sydney’s northern beaches and the Sailors Bay walk in Sydney Harbour.

“Eora was the word used by the Sydney Aborigines to describe where they came from when the British invaders asked what the site of the first settlement was called,” he said.

Claire Healy and Sean Cordeiro won the Sulman Prize for their work Raiko and Shuten-dōji, a depiction of the battle between the Japanese warrior Raiko and the demon Shuten-dōji painted on the fuselage of a Vietnam War helicopter.

From Saturday to August 28 there is an exhibition of all the work of the finalists.