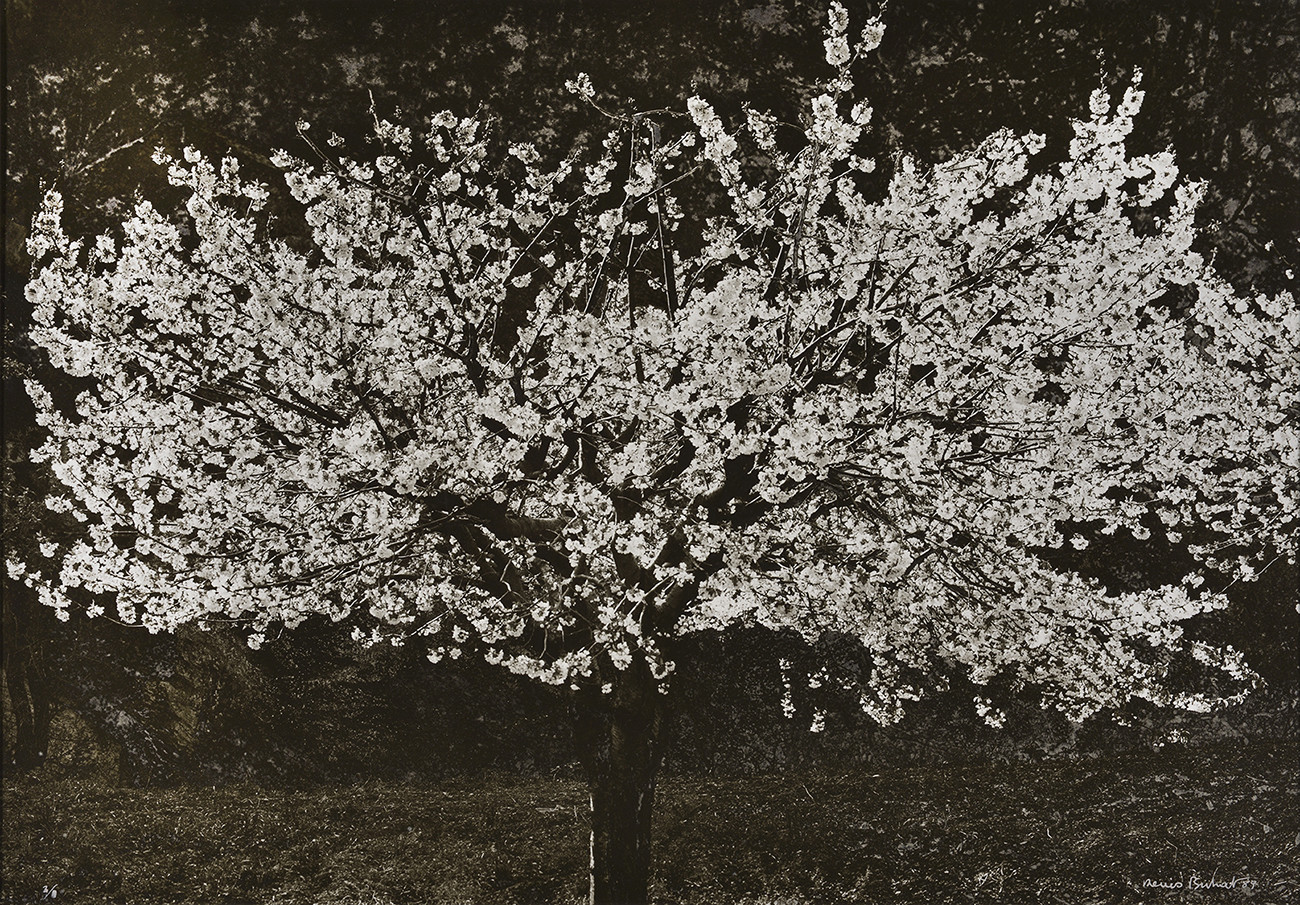 On June 17, 2022, la Couta . Gallery inaugurated its space at 7 rue Balechou in Arles. The Gallery presents an exhibition of Denis Brihatgodfather of the gallery.

A great photographer of the second half of the 20th century, the artist, or rather “The man of the craft”, as he says, took part in the emancipation of photography in contemporary art from the early 1960s

He settled in 1958 in Bonnieux, in the hills of the Luberon, and decided to devote himself to his personal work, observing nature. He uses a large format camera and makes his own prints to bring ‘photographic paintings’ to life.

For this he uses old processes, especially toning, which is an additional chemical treatment. The notes of selenium, gold, copper, iron allow him to develop a color palette.

Photographic etching, a chemical process that attacks the darkest spots, provides depth and substance. However, the simplicity and purity of Denis Brihat’s photographs make us forget these techniques.

From the beginning, his photos were intended to hang on the wall, to be shown to the public as an original creation.
His work was soon rewarded with an exhibition at the Musée des Arts Décoratifs in Paris in 1965 and in 1967 at the Museum of Modern Art in New York.

After working for the Rapho agency, he left for India from 1955 to 1956.
The photos taken during this trip earned him the Niepce Prize in 1957.

Tired of the madness of the city, he, encouraged by his friend Robert Doisneau, decided to settle in Bonnieux in 1958. Living a Spartan life, in a landscape worthy of Jean Giono; it is in the hills of the Luberon that Denit Brihat takes the time to observe nature, while listening to Bach.

It was during this period that he met Bernard Coutaz, founder of the music label harmonia mundi, together they created record covers, which remained the label’s “trademark”.

In search of pure photography, Denis Brihat works with a large format camera and makes his own prints. His experiences and his accuracy lead him to complete mastery, to the freedom of creation.

In the late 1950s, he was one of the first photographers to want to present photography as an original creation, to raise it into contemporary art. For this he made large prints, in limited editions, which he calls “photographic painting”.

In the summer of 1969, he organized the first photography meetings in Bonnieux with Jean-Pierre Sudre, Jean Dieuzaide and Jean-Claude Lemagny, all filmed by Michel Tournier.

The following year he gave way to Lucien Clergue for the first edition of the Arles Photography Meetings in 1970. He participated by training a new generation of photographers.

Until 2012, Denis Brihat continued to practice photography and make his own prints.

The exhibition at Galerie Coutaz brings together works made between 1975 and 2008.
It is a walk through different seasons, different trees, punctuated by the finesse of wild oats.

What still lifes suggest are almost nature portraits.
A calm and serenity unfold in the photos, forcing one to take the time to observe the poetry of nuances and depth.

Today Denis Brihat is still in Bonnieux, surrounded by his wife Solange, his photos and his memories, which he shares with tenderness and simplicity.

Between the former National School of Photography, the arenas and the old theatre, the Galerie Coutaz is located in the historic center of Arles, in the heart of a vibrant cultural district in full expansion.
There is no coincidence, just drawing. Indeed, the gallery is located in the former mansion of Eva Coutaz, who was president of harmonia mundi for over 40 years.
It is a family story that continues today to new horizons, in the same spirit of rigor, support of artists and encounters with the public.
The gallery also highlights the publishing of art books with a space for books, where works related to the represented photographers and their themes are offered.
For its first exhibition “Récit N°1” Galerie Coutaz presents the work of Denis Brihat, godfather of the gallery, and Adrien van Melle.