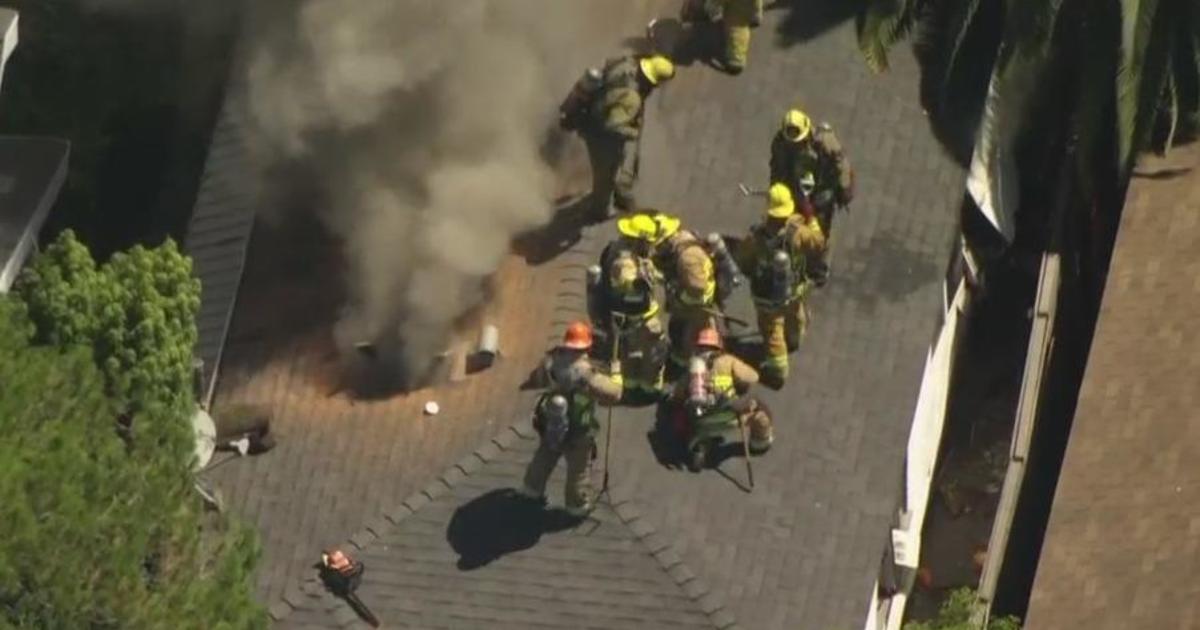 A vehicle owned by actress Anne Heche crashed into a home in the Mar Vista area Friday afternoon, setting a fire.

The crash was reported shortly before 11 a.m. on the 1800 block of South Walgrove Avenue and Appleton Way, the Los Angeles Fire Department reported.

According to authorities, a driver hit the two-storey house, including the building that eventually went up in flames.

View from SKY9 showed smoke rising from the roof of the house as firefighters worked to bring the flames under control.

Firefighters were able to put out the fire and rescue a woman, who TMZ said was the actress, from inside the vehicle.

She was taken to hospital in critical condition.

No other injuries were reported.

Heche was reportedly involved in a crash at an apartment building prior to crashing into the house, according to TMZ. She reportedly crashed into a garage and when witnesses tried to help her, she ran off.

CBSLA obtained surveillance video from a nearby residence showing the car in Heche’s name flying down the street.

CBSLA reporter Rachel Kim has been at the crash site since it happened and was there when the all-blue Mini Cooper was pulled from the house.

Heche, who was previously in a relationship with comedian and TV host Ellen DeGeneres, is best known for her roles in films such as ‘Six Days Seven Nights’ and ‘Donnie Brasco’.

She was most recently seen on TV shows “All Rise” and “Chicago PD,” according to IMDB.