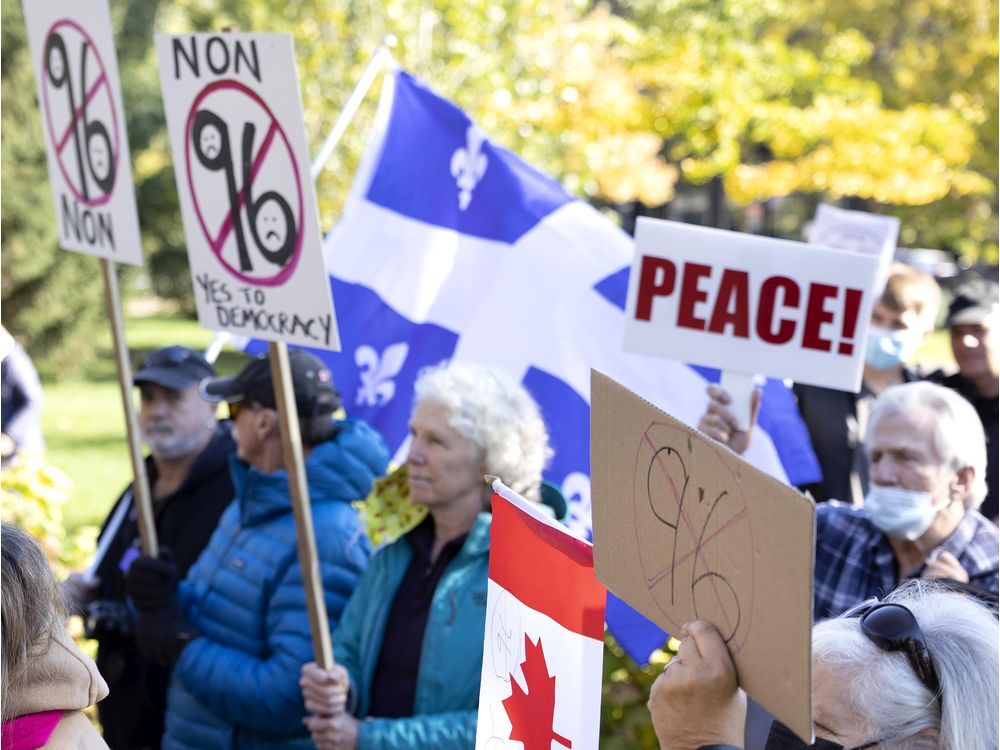 Quebec’s government was more likely to drop a proposal requiring anglophone CEGEP students to take three of their courses in French if there was a stronger outcry from the English-speaking community, CEGEP leaders say.

“I think there is a greater awareness of how (the proposed changes) will affect students. We are discussing concrete steps to address our concerns.”

The protest movement, which will include a rally in Montreal in May, has picked up steam since Thursday, when a committee studying Bill 96, legislation that will revise Quebec’s language law, rejected a Liberal Party amendment that would allow anglophone students. propose three additional French second language courses, instead of three program courses taught in French.

The sudden and fundamental change in the CEGEP curriculum will negatively impact thousands of students eligible to study in English schools, educators say. Many will fail courses taught in French and fail to graduate, while others will be rejected from competitive university programs because poor grades on French courses will lower their R-score, a measure that universities use to rank CEGEP students .

“For much of the student population, there will be a significant impact on their career choices and on their options,” Christian Corno, director general of Marianopolis College, said last week during a webinar with groups representing the Anglophone community.

“A student may have had an 85 or 90 in the English version of the history course, but now that he has to take it in French, he can (get) 70 percent. Even a few percentage points can make the difference between the required R-score you need to get into a particular program.”

Corno said he and other English educators have gone out of their way to convince politicians and their advisers that the proposed change is too drastic. But when he tells them that the Anglophone community is vehemently opposed to the amendment, some simply shrug.

“They tell me, ‘Well, we haven’t heard much (from the Anglophone community)’,” he said during the webinar. “When Prime Minister Legault says he’s thinking, we have to understand that he’s looking at polls and surveys.”

The Anglophone community has a short deadline to demand that the controversial amendment be dropped or changed, Corno said. “We need members of the English community to speak out to attract the attention of politicians,” he added.

If Bill 96 is passed with the current amendment intact, the new CEGEP curriculum would come into effect in 2024-2025. Anglophone students currently enrolled in Secondary 3 in the English school system would be the first cohort to be affected.

The proposed curriculum change came out of the blue in February when France’s Minister of Language, Simon Jolin-Barrette, said he wanted French-speaking and allophone students studying in English to take CEGEP’s three of their (core) French courses in French. follow. Jolin-Barrette planned to exempt Anglophone students who were eligible to attend elementary and secondary school in English.

However, the Liberals on the committee insisted that the change also apply to Anglophone students.

Following and protest from the Anglophone community and the CEGEPs – who had not been consulted – the Liberals asked the Legault government to remove the requirement for Anglophones or allow them instead to take three additional French second language courses.

Jolin-Barrette rejected the request, but raised the possibility that the amendment could still be changed in May, when Bill 96 comes before the National Assembly.

That’s where the liberals can once again try to right the mistake that is costing them dearly among minority voters. According to the rules of procedure, the House can transform itself into a committee of the whole and pass more amendments.

Requiring Anglophone students to take three CEGEP courses in French, along with Francophone and Allophone students, puts them at an academic disadvantage because the Quebec Education Program requires English school boards to teach French as a second language.

“Learning French should not be confused with learning French,” said Cindy Finn, director general of the Lester B. Pearson School Board. “Our curriculum is not designed to offer French as a native language for education. The concern is that forcing students to take basic courses in French at CEGEP puts them at a disadvantage as they try to master the content while learning a second language.”

Increasing the amount of French taught in English primary and secondary schools is easier said than done. Currently, there is a shortage of French teachers in Montreal. Many recent graduates leave Quebec to work in French immersion schools across Canada.