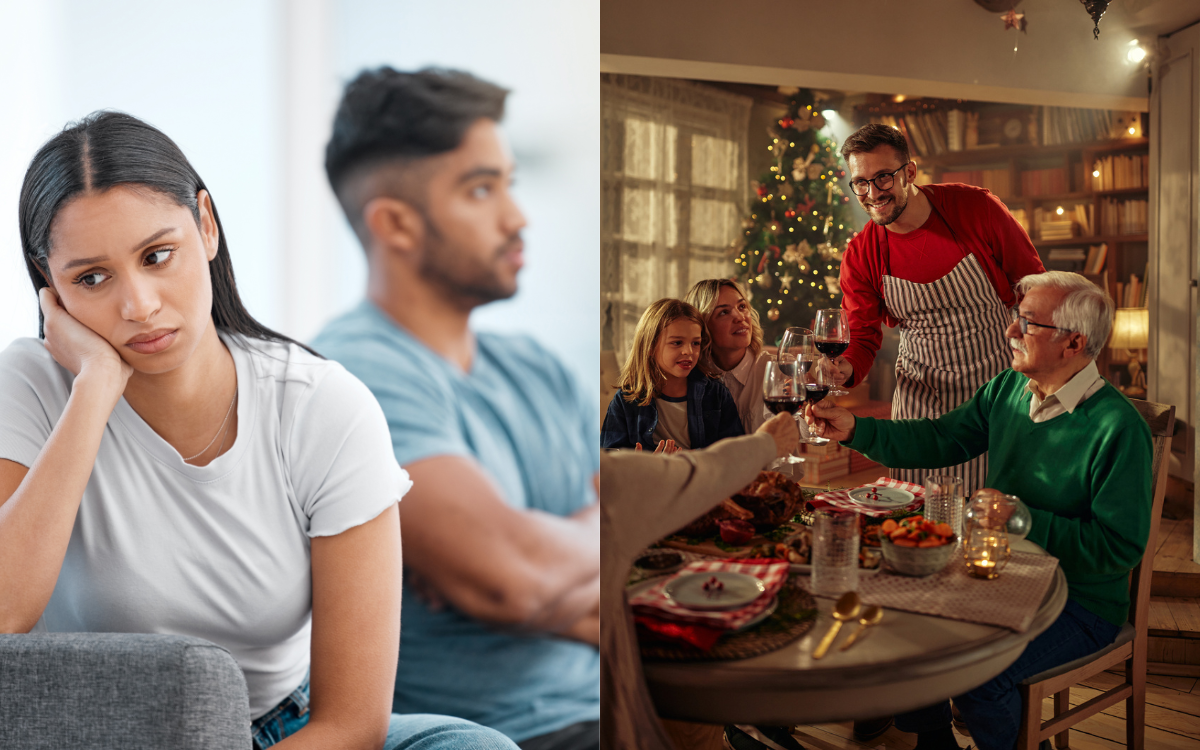 A married couple has been ridiculed for refusing to attend the annual Christmas gathering because they were not given separate invitations.

According to the woman, who detailed the situation in a Reddit post shared under the name LukeProblem135, her husband Luke felt her parents had been “rude and disrespectful” by merely sending her an invitation that included his name.

As a result, they later informed her parents that they would not come unless he received a “proper invitation.” The question was met with a furious response with the woman’s mother labeling the request “ridiculous” while her father claimed Luke was making a “power move to humiliate them”.

Unfortunately for the woman who posted the issue online, the vast majority on social media seemed to agree with her parents, disapproving of her husband’s response and her willingness to agree.

While it’s a common trope, the fact is that most people get along pretty well with their in-laws. A study conducted by researchers at Purdue University found that the vast majority of newlyweds had a positive relationship with their partner’s parents at the start of their marriage.

But things can quickly go wrong, as evidenced by the case of Luke and his in-laws. According to his wife, while things have been civilized, “there is always an ongoing tension between them.”

That tension boiled over after she received an invitation to her parents’ annual Christmas party. Luke was furious that he had not received his own separate invitation and that his name was mentioned as an “extension” of his wife’s.

When she asked her parents if they could do this, they flatly refused. She pleaded with them, explaining that Luke “can be sensitive” and that a simple text invite would suffice.

But her parents insisted and led the woman to tell her mother and father that she would not come if he did not receive the extra invitation.

Other family members soon weighed in with her sister telling her that Luke should “get over himself” and that she should stop allowing his behavior. Luke and his wife are not invited to the Christmas celebration, with the woman admitting that the whole situation makes her feel ‘awful’.

Ruth E Freeman, the founder of Peace At Home Parenting Solutions, shared News week that while the family’s anger seemed to be directed at Luke, in reality he was just one of many “power struggles” that seemed to take place.

In the end, she said the woman’s first mistake was making the problem her own.

“If her husband has a request for his in-laws, ask him to pass it on directly. This matter is between him and them,” she said.

Freeman also urged her to “not respond to power struggles with another power struggle, such as refusing to attend if they don’t do what she asks.”

She also suggested that when other family members get involved and try to disgrace her, it is better to “withdraw from the conflict.” She said, “Arguing won’t make it any better.”

“This couple may benefit from therapy that focuses on practicing non-blaming communication and finding ways for Luke to support his wife’s relationship with her family,” she added.

“If we go all the way back to the beginning, she would have said to her husband something like, ‘I see you’re really hurt that you didn’t get your own invitation. It would mean a lot to me if you chose to go anyway. come.” If not, I’ll feel terrible if I have to be tossed between being with you and being on vacation with my whole family.”

“It’s not uncommon to respond to a hurt feeling by trying to hurt the other person back, but revenge breaks families apart, sometimes for generations. The alternative is to learn to feel our feelings deeply and recognize that we are, in fact, powerless to force people to do what we want.”

Perhaps unsurprisingly, those who responded on social media were less focused on reconciliation.

“This isn’t about the invite. Luke just doesn’t want to go. Your choice is to stay with him or go without him, but your parents don’t have to give Lukie Wubbie his own special private invite,” Straight-Singer-2912 wrote. “And think hard – is this really the only time he cares, or are you tiptoeing around A LOT of things.”

MrDarcysDead asked, “I want to know how you and Luke sent wedding invitations. Did each invitee get their own? Were they sent to couples? Once they knew the names of the +1s, did they send invites directly to them as well?”

Puzzleheaded-Gas1710 commented “This isn’t a two sided issue. He’s isolating his wife who is so used to tiptoeing around him and his nonsense she can’t tell where the problem started.”

News week contacted u/lukeproblem135 for comment. We were unable to verify the details of the case.

Have you had a Christmas dilemma? Let us know at [email protected] We can ask experts for advice on relationships, family, friends, money and work, and your story can be included in the ‘What should I do?’ section. from Newsweek.