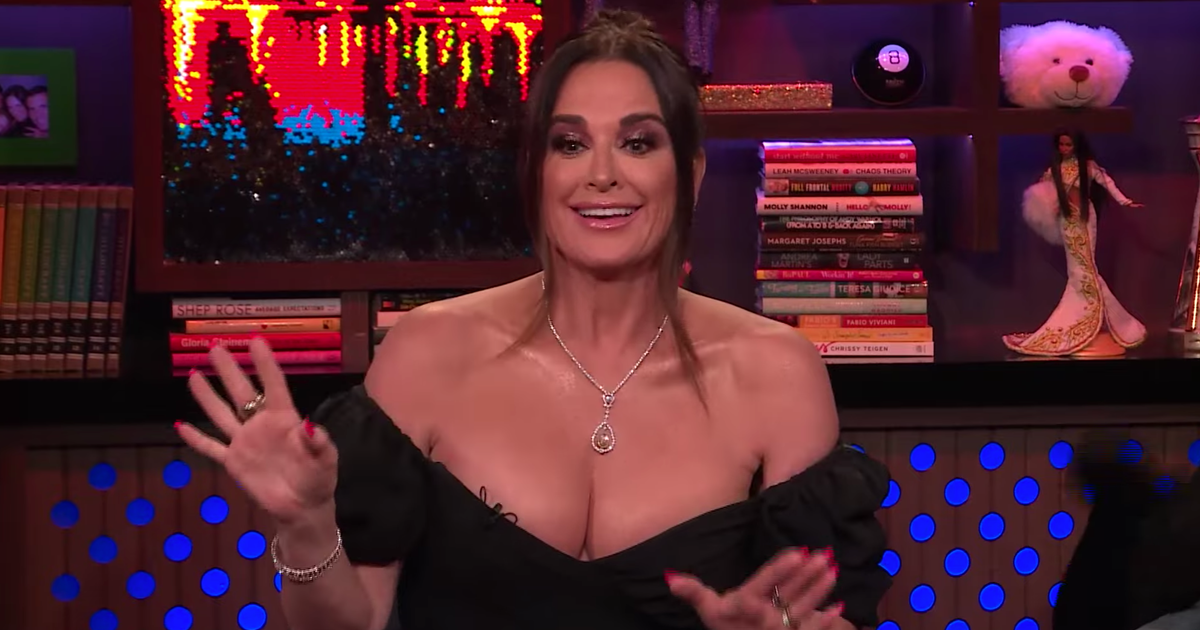 There’s a reason the show isn’t called Watch what happens, pre-recorded. Andy Cohen accidentally revealed on Wednesday night WWHL that Kyle Richards recently had a breast reduction. Nothing to be ashamed of, and Kyle clearly wasn’t either. Cohen, on the other hand, apologized deeply. Richards explained that she had had the procedure a few weeks ago, and that it was meant to never have to wear a bra again. Recognizable! Somehow the conversation gets back on track, and Saturday Night Live‘s Chloe Fineman manages to perform her imagined convo between Britney Spears and Drew Barrymore, when the latter was a guest at the former’s wedding. However, to atone for this violation of reality TV etiquette, Andy Cohen would have to reveal something juicy with a low stakes. Do you have those really long, old eyebrow hairs? something like that. Reversal is fair game, Andy.