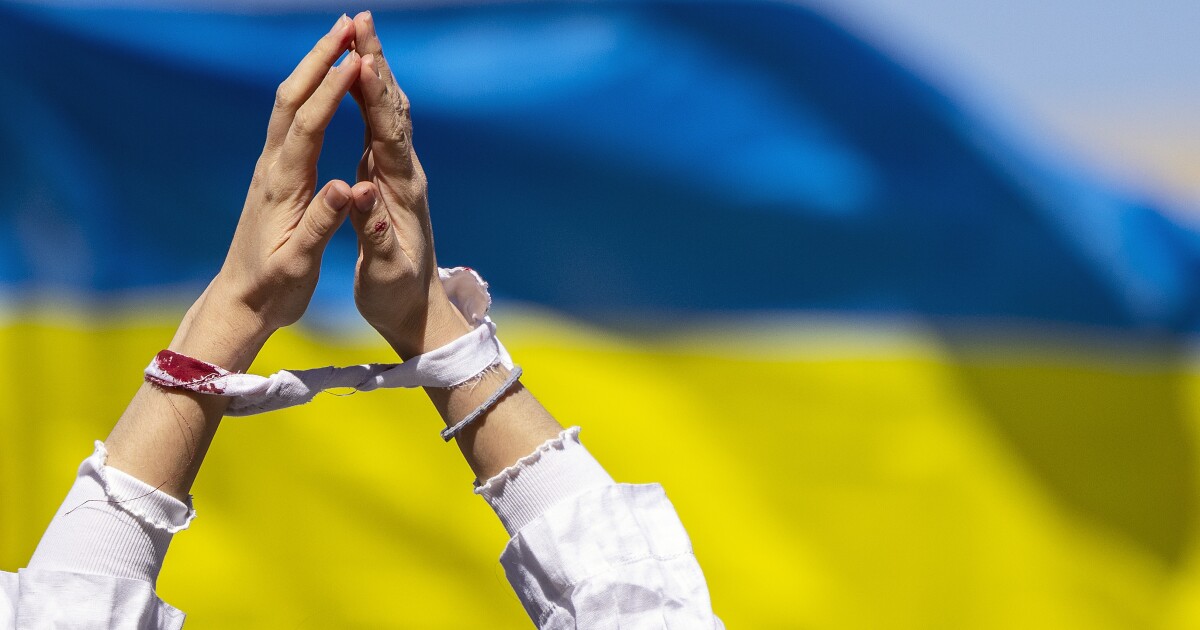 Germany’s announcement this week that it would finally arm Ukraine with heavy weapons seemed to mark a sharp turn from its aversion to getting involved in the war and antagonizing Russia.

But political scientists, military pundits and opposition political leaders said the decision does not change Germany’s fundamental opposition to playing a leading role in trying to end the war.

They said German Chancellor Olaf Scholz had little choice but to give in to pressure from international allies and domestic political forces and that the 50 armored vehicles his government promised is a meager contribution compared to the military aid pouring into Ukraine from the United States and other NATO members.

‘Scholz and his political party still believe in the old Cold War slogan’Guns don’t bring peace‘ (“Weapons don’t bring peace”), so sending weapons to Ukraine was an abomination to them and still is,” said Thomas Jaeger, a political scientist at the University of Cologne.

In a country that has harbored deeply pacifist beliefs since the end of World War II, opinion polls say a majority of Germans agree with the chancellor. A survey for RTL television on Tuesday showed that only 26% think the government should take tougher action against Russia.

“I think it is a mistake that we are sending weapons to Ukraine,” said Thomas Krueger, a 55-year-old manager of a small construction company in the city of Jueterbog. “I wouldn’t do anything to provoke” [Russian President Vladimir] Putin in light of all the nuclear warheads they have. Going to war with Russia is dangerous for the whole world.”

He blamed the war on the United States by encouraging the expansion of the North Atlantic Treaty Organization into Russia — a belief widespread in the former communist East German states.

Germany and Russia have a long history of wars, revolutions and misunderstandings, but recent generations of German leaders, especially on the political left, have argued that peace and prosperity in Europe can only be achieved with a stable German-Russian alliance. They worked to deepen economic ties with Russia and increased Germany’s dependence on Russian energy to unprecedented heights.

Leading up to the war, with 100,000 Russian troops on Ukraine’s borders, Germany said it could not supply deadly weapons but would be happy to send steel helmets. The offer was roundly mocked, prompting the mayor of the Ukrainian capital Kiev to ask if Germany would send pillows afterward.

Since the invasion, Europe’s most prosperous country has been reluctant to use its economic and military strength to try to end the war.

Although Scholz has suspended the recently completed Nord Stream 2 natural gas pipeline, which would have made his country even more dependent on Russian energy, Germany still pays Russia $220 million a day for energy — money critics say is helping Moscow finance its invasion. Ukraine .

Unlike the United States and much of the rest of Europe, Germany was hesitant to cut banking ties with Russia and supply arms to Ukraine.

“Germany’s credibility as a champion of European values ​​is under great pressure – other countries are becoming very skeptical,” said Lieutenant General Ben Hodges, a former US military commander in Europe and now an adviser in Germany.

“Germany should step up and offer to be the air and missile defense framework country for NATO’s eastern flank,” he said.

But the prevailing sentiment in Scholz’s center-left Social Democratic party was that, rather than arming Ukraine, the West should do more to help Russia find a face-saving way to end the war.

The chancellor has given several reasons for his opposition to sending heavy weapons. He first said he wanted to avoid an escalation of the war, then feared provoking Russia, and finally argued that it would take too long to train Ukrainian soldiers in the use of Germany’s high-tech tanks and other armaments.

“We cannot have a nuclear war,” he said in an interview with Der Spiegel magazine published Saturday.

The decision Tuesday to send tanks came at the US air base in the small German town of Ramstein, where the United States held a summit to rally 40 countries to provide Ukraine with long-term military support.

“It would have been a total disgrace for the German government to come to Ramstein, in their own country, and still refuse to send heavy weapons to Ukraine,” Jaeger said. “They had to step up their game.”

He noted that most of the heavy weapons on Ukraine’s wish list from Germany had not been approved for shipment to Ukraine.

“It seems they agreed to send the least useful heavy weapons,” he said. “It looks like this was purely for appearances.”

Claudia Major, a defense policy expert at the German Institute for International and Security Affairs, said it could take weeks or months to get the German tanks ready for battle.

“These are older models and they need to be refurbished,” she said. “There are several other questions such as ammunition, spare parts, maintenance and technical support that remain to be resolved – and especially the training for the Ukrainian armed forces who have not yet worked with this system.”

Major said a German arms manufacturer kept the decommissioned tanks in storage and made an offer to refurbish them six weeks ago.

“The Department of Defense has only now allowed this, or rather no longer prevented it,” she said.

Scholz also faced a domestic uprising before bowing to the pressure. The Free Democratic Party and the Greens — both subordinate partners in his governing coalition — had urged his party to do more to support Ukraine.

Secretary of State Annalena Baerbock, a leader of the Greens, said the pledge to send heavy weapons was not a “quick decision” but had been worked out with the United States and other allies and there was no doubt that Germany was doing the right thing. thing.

“Otherwise we would have had to say to Ukraine: ‘Go ahead and fight alone’, and we didn’t want that,” she told parliament on Wednesday. “We want to show our solidarity with Ukraine. We want to support Ukraine and its courageous fight for freedom and security in Europe.”

It remains unclear whether the public will eventually get into that position.

“A lot of Germans think that if we don’t hurt anyone else, nobody will try to hurt us,” Jaeger said. “Most Germans don’t think Ukraine can win this war and a lot of them don’t want Ukraine to win – because they want to get back to normal business with Russia.”