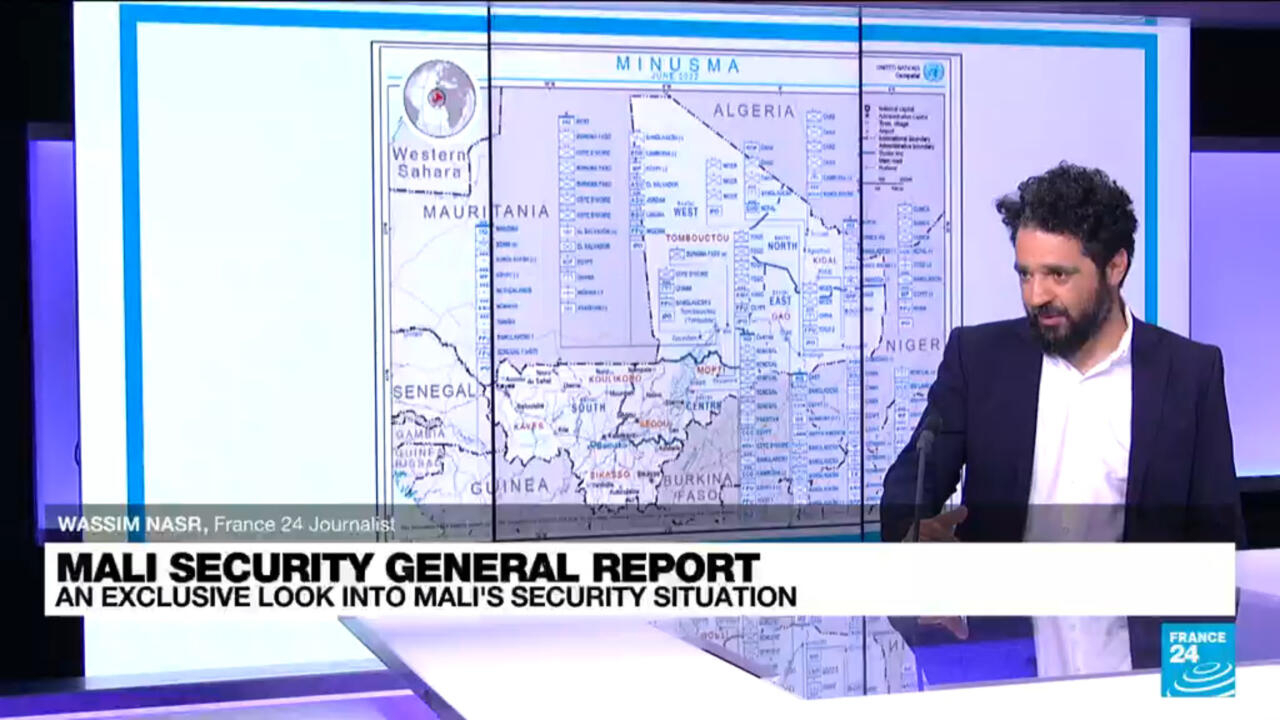 FRANCE 24 has taken an exclusive look at an official report to be presented to the UN Security Council on June 13. The document describes the current state of the UN peacekeeping mission MINUSMA in Mali and reveals an increase in recent violence. Wassim Nasr from FRANCE 24 tells us more.

The very detailed 25-page report describes both the security situation in Mali and the political situation in the West African country. The document states that MINUSMA is asking for an extension of its mandate for another year, explains Nasr. The UN force is also calling for reinforcements pending the withdrawal of the French-led anti-jihadist operation Barkhane from Mali.

The document provides insight into where MINUSMA operates in Mali and discusses the limitations the peacekeeping force has faced in the country. It also paints the picture of a critical state of affairs, with Malian authorities controlling only 15 percent of the country’s territory, including just 10 percent of northern and 21 percent of central Mali.

Click on the video player above to see the inside of Wassim Nasr at the review.